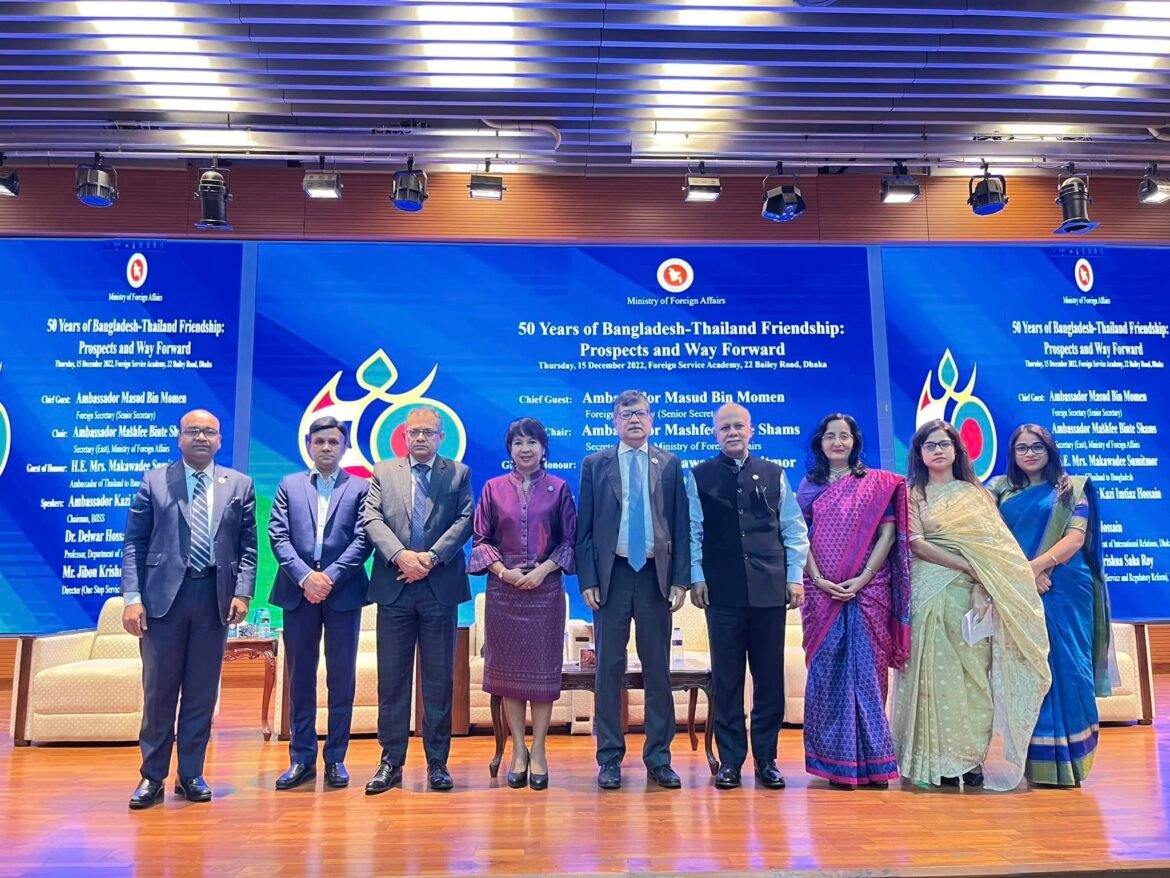 The Ministry of Foreign Affairs hosted a seminar on Thursday titled “50 Years of Bangladesh-Thailand Friendship: Prospects and Way Forward” to celebrate the Golden Jubilee of the diplomatic relations established between Bangladesh and Thailand.

You Can Also Read: AVIATION INDUSTRY: NEW FACELIFT OF BANGLADESH

Mr. Momen has praised Thailand for its unwavering support of Bangladesh over the past half-century. Under Prime Minister Sheikh Hasina’s capable and imaginative leadership, he anticipated that the same progress would be made toward Bangladesh’s goal of being a knowledge-based, developed nation by 2041.

Mr. Momen was notably appreciative of Thailand’s prompt recognition of Bangladesh after its independence in 1972. While recognizing the current strong bilateral relations between the two friendly nations, he praised their shared commitment and cooperation for development and prosperity, along with peace and stability in the country and beyond. Additionally, he emphasized the need for stronger regional unity to gain from the momentum in Asia.

According to the Thai ambassador, Ms. Makawadee Sumitmor, Bangladesh has progressed phenomenally since its independence. She also said that Bangladesh’s strong economy has opened up new ways for the two countries to cooperate and support each other. Noting the cultural, civilizational, and geographical proximity between the two nations, she expressed optimism that the bilateral relations between the two nations will be further enhanced in the future. She also underlined the importance of establishing a Free Trade Agreement (FTA) to facilitate bilateral trade between the two allied nations.

Speakers at the Seminar emphasized dynamic diplomatic relations, the Trade and Connectivity environment, and existing Thai investments in Bangladesh, as well as possibilities in Bangladesh. They also identified potential areas for increased bilateral collaboration and addressed the challenges to simplify the issues.

How World Cup in Qatar became a cauldron of international leaders, diplomacy, and sports?