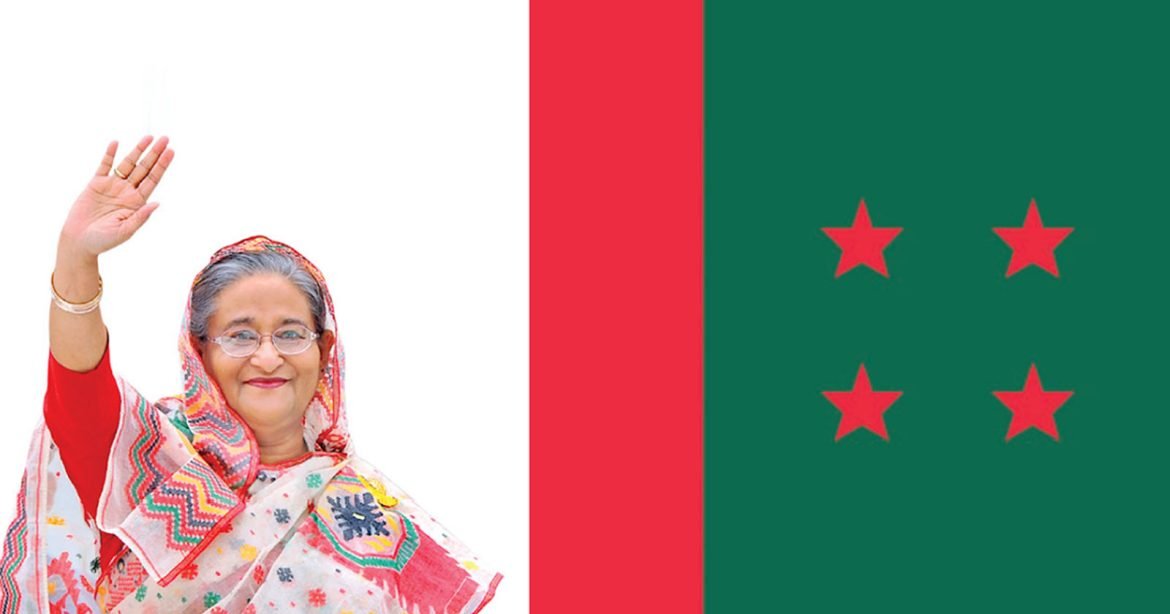 The ruling party Awami League plans to hold its next central executive conference in time. If everything goes well, the 22nd National Council of Bangladesh Awami League, the country’s oldest political party that led from the front in every democratic movement since the War of Independence, will be held in December next. The party has already started preparations in full swing. Meanwhile, Awami League’s ward, union, upazila, district and metropolitan committee councils are being held across the country. For the past few months, the central leaders of the party have been running from one end of the country to other in order to increase the organisational strength of the party and hold councils at the root-level. Speculations are already running high regarding the upcoming national council and as always, the focus of discussions yet again is on the very post of the ruling party’s General Secretary. NASHIR UDDIN and SM TANJIL-UL-HAQUE digs deeper into the details.

YOU CAN ALSO READ FOR: CAN BANGLADESH HAVE ALL PARTY PARTICIPATORY POLL?

Indeed, the post of Awami League’s next General Secretary is now among the most discussed issues in the country’s political arena. Discussions are going on among the party leaders as to who is coming next to the post of General Secretary of this popular political party. There is also a lot of discussions going on over the issue in the opposition political camp. Apart from this, several top leaders of Awami League have chalked out their activities to get the party’s second-highest post of general secretary. Thus, the leaders of the party have increased their organisational activities, and have taken the initiative to strengthen much required communication with the root-level leaders and activists. Due to this, it is still not possible to say who is going to be the next General Secretary of ruling Awami League and as a burning question, this will continue to fuel the rumour mill in top gear for the next few months.

A BRIEF BACKGROUND OF AWAMI LEAGUE

Being the largest and oldest political party, Bangladesh Awami League is an inseparable part of the country’s historic events – both triumphant and tragic. From the language movement to independence, this political party has played an exemplary role in every instance. On 23 June 1949, the ‘East Pakistan Awami Muslim League’ was formed in a conference organised by Hussain Shaheed Suhrawardy at the Rose Garden in Dhaka. The first committee was formed with Maulana Abdul Hamid Khan Bhashani as President, Shamsul Haque as General Secretary and Sheikh Mujibur Rahman as Joint General Secretary. Later in 1955, the party adopted secularism as its ideology and it was renamed as ‘East Pakistan Awami League’. With passage of time, Awami League became an organisation of the people. Then, Bangladesh’s independence came through the hands of Awami League President Bangabandhu Sheikh Mujibur Rahman in 1971, wherein the party contributed significantly.

SHAMSUL HAQUE: Shamsul Haque was the first General Secretary of Awami League, which was originally named the East Pakistan Awami Muslim League – although the word Muslim was removed later from the organisation’s name in 1955 during the party’s third national conference to pave the way for representation of all religions and castes. However, the East Pakistan Awami Muslim League came into being in 1949 during the June 23-24 conference of the democratic activists at Rose Garden in old Dhaka and this first council elected Shamsul Haque as the party’s first General Secretary. He served the party in that capacity from 1949 to 1953.

As Bangabandhu Sheikh Mujibur Rahman and his family were brutally murdered on 15 August 1975, the military government seized power. On 3rd November 1975, four Awami League leaders – Tajuddin Ahmad, Syed Nazrul Islam, AHM Kamruzzaman and M Mansur Ali – were killed inside prison. With this, Awami League plunged into the biggest crisis since its birth. In such circumstances, the 11th Council of the party was held in 1977 on the premises of Hotel Eden. Syeda Zohra Tajuddin was elected as the party’s Convener.

ABDUL JALIL: When the Awami League was in the opposition party in 2002, the 17th National Council of the party was held at Paltan Maidan. Abdul Jalil was elected as the General Secretary in this council. He held this position until 2009.

SYED ASHRAFUL ISLAM: The 18th National AL Council was held in 2009 at BICC and it saw several changes in the party leadership. Syed Ashraful Islam was elected as General Secretary. Later in 2012, the party’s 19th National Council was held at Suhrawardy Udyan in the capital wherein Syed Ashraful Islam was re-elected as General Secretary.

In Awami League, no one has been elected general secretary for three consecutive terms since 1972. As such, many people think that a new face is coming to the post of General Secretary in the next council. Others are of the view that Obaidul Quader will remain General Secretary for the third term. But due to his physical conditions, speculations are going on in the party that he will not be a candidate for this position in the next council. In this scenario, the names of politicians emerging who can replace him include, but not limited to, are: Jahangir Kabir Nanak, Dr Abdur Razzak, Mahbubul Alam Hanif, Dr Dipu Moni, Dr Hasan Mahmud, Tanjim Ahmad Sohel Taj, Bahauddin Nasim, Abdur Rahman Chowdhury, Mirza Azam and Khalid Mahmud Chowdhury. There are also few others whose names are heard in the race are Mofazzal Hossain Chowdhury, Kazi Zafar Ullah, Sheikh Fazle Noor Taposh and Pankaj Nath.

ELECTION FACTOR WILL BE KEY

The 22nd National Parliamentary election will be held possibly in December 2023 or January 2024. Awami League is organising its capacity all over the country with the election ahead in mind. Wherever there is a skirmish, conflict, discord, grouping in the party; strict intervention of the centre is noticeable. It has taken up the work of organisationally strengthening the party from the grassroots to the centre by resolving the organisational disputes in view of the ensuing polls. Policymakers think that national politics can be eventful around the next parliamentary polls. For this, the party’s General Secretary and leaders who can handle the crucial election situation in important positions will be considered by the concerned quarters. Therefore, prior to the central council of the party, the responsible leaders of Awami League are working to resolve the organisational conflicts.

The government’s policymakers feel that the next election may be fiercely contested with the active participation of the arch-rival BNP (Bangladesh Nationalist Party). So, the main challenge for Awami League will be to keep themselves united. Deprived party leaders should be activated to manage the party. Many of the activists are currently inactive because of the alleged nepotism and various shoddy activities of the ministers and MPs. Many think Awami League has also become divided at the root level due to staying in power for long. The old and retired leaders and activists of the party are fed up with the infiltrators in the party. There is a need to focus on these issues before focusing on ensuing elections. That is why, Awami League needs a seasoned as well as a fully-focused General Secretary who can keep the leaders and activists united by working tirelessly.

To conclude, analysts are of the view that the upcoming national parliamentary elections will have a clear bearing on the Awami League’s national council this year. Formulation of the manifesto of the party, organisation of the council and selection of the leadership will be made in view of the next parliamentary elections. But in the end, Awami League President Sheikh Hasina will finalise who will be the new General Secretary of Awami League as the final decision is up to her to choose from among the most competent ones.