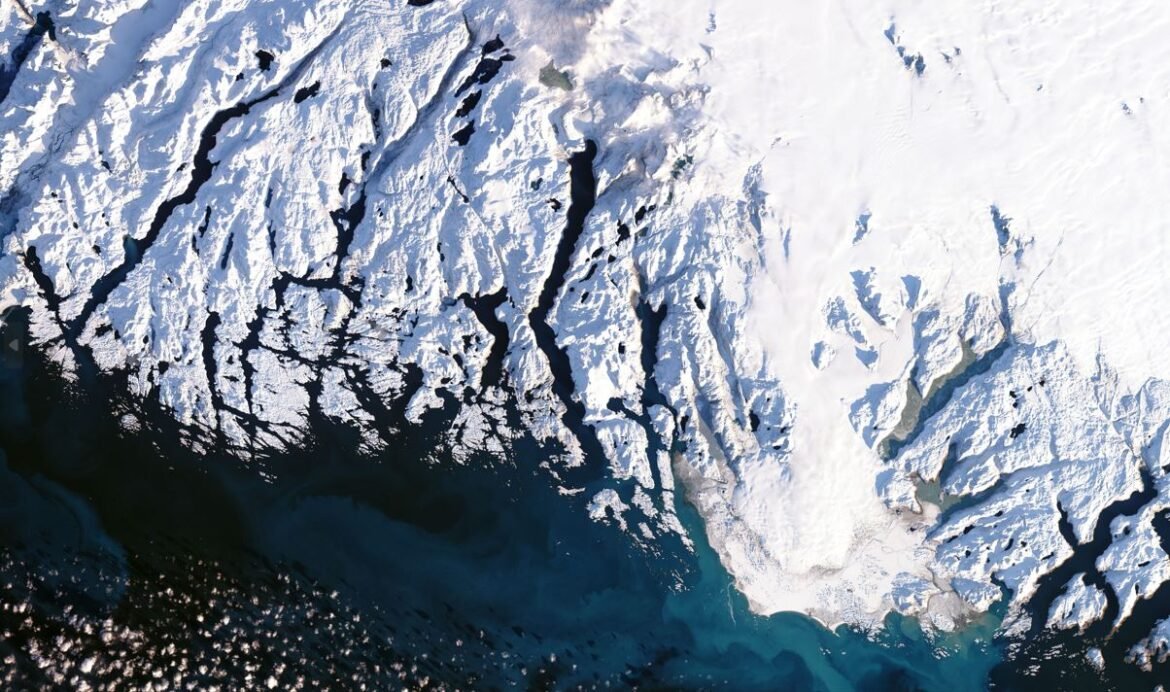 Greenland has recently experienced the warmest temperatures in over 1000 years, the recent ice core data shows.

According to a study published on Wednesday in the scientific journal Nature, temperatures have climbed 1.5 degrees Celsius (2.7 degrees Fahrenheit) over the 20th-century average since 1995. The study indicates that Greenland’s ice cores have significantly warmed.

The dramatic rise in temperature

In comparison to the rest of the world, Greenland ice cores, which provide a view into long-running temperatures before thermometers, have not previously revealed much of a clear indication of global warming on the island’s remotest north-central region. However, there had been no new ice core data since 1995. A study published this week in the journal Nature describes the analysis of recently drilled cores from 2011 that reveal a sharp increase in temperature over the previous 15 years.

YOU CAN ALSO READ: WORLD POPULATION REACHES 8 BILLION: ARE WE SLEEPWALKING INTO CLIMATE CRISIS?

According to Maria Hoerhold, a glaciologist at the Alfred Wegener Institute in Germany, “We keep on [seeing] rising temperatures between the 1990s and 2011.  We have now a clear signature of global warming.”

Moreover, In November 2022, the United Nations released a report saying that global warming could cause many of the world’s most famous glaciers to melt away by 2050. About one-third of the more than 18,600 glaciers the organization monitors across 50 World Heritage Sites are anticipated to disappear by the middle of the century.

According to another study, by 2100, two-thirds of the world’s glaciers are predicted to be gone.

Analysis of ice core data takes years. Hoerhold has fresh cores from 2019 but hasn’t finished examining them yet. Given that the ice sheet and glaciers in Greenland have been melting more quickly lately, she anticipates the temperature to continue rising. Climate scientist Martin Stendel of the Danish Meteorological Institute, states, “this is an important finding and corroborates the suspicion that the ‘missing warming’ in the ice cores is due to the fact that the cores end before the strong warming sets in.”

How the temperature has risen over time?

The ice cores are used to construct a map of Greenland’s proxy temperatures from the year 1000 to 2011. Temperatures demonstrate a gradual cooling trend over the first 800 years, followed by a fluctuating warming trend until a strong and unexpected increase in warmth beginning in the 1990s. A scientist used the phrase “hockey stick” to describe other long-term temperature data that demonstrate climate change to describe it.

According to Hoerhold, there is “almost zero” probability that the increase in temperature after 1995 is not the result of human-caused climate change. The temperature jump is bigger than the pre-industrial increase before the middle of the 19th century.

The study indicates that the abrupt increase in warmth is also reflected by a dramatic increase in the amount of water evaporating from Greenland’s melting ice. ” What had been happening in Greenland is that natural weather variability, undulations because of an occasional weather system called Greenland blocking, in the past had masked human-caused climate change,” Hoerhold said.” But as of about 25 years ago, the warming became too big to be hidden,” she added.

Additionally, historical data indicated that Greenland was not warming as quickly as the rest of the Arctic, which is currently warming four times more quickly than the average worldwide. However, it seems like the island is catching up.

Greenland warmed slower than Arctic but carries the ultimate threat

According to Hoerhold, Greenland’s blockage is probably the reason why ice core data for years showed that it acted relatively differently from the Arctic. According to some scientists, Greenland was less affected by melting sea ice and other water issues than the remainder of the Arctic, which is significantly more water-adjacent. However, the newly analyzed 2011 cores reveal a significant increase over the past 15 years.

In order to match existing ice core data, Hoerhold’s team dug five new cores close to existing ones. The temperature was determined by comparing the ratio of two oxygen isotopes found in the ice, a method that has been tested and confirmed to be accurate.

Hoerhold and other scientists have expressed concern about the new warming findings related to the melting Greenland ice sheet. The study ended with data from 2011, and since then, Greenland has experienced record melting and a significant increase in ice loss, Hoerhold said.

“We should be very concerned about North Greenland warming because that region has a dozen sleeping giants in the form of wide tidewater glaciers and an ice stream,” said Jason Box, an ice scientist at the Danish Meteorological Institute. This will intensify melt from Greenland when it is awakened, he warned. So this implies. “rising seas that threaten homes, companies, economies, and communities,” as per Twila Moon, the U.S. National Snow and Ice Data Center’s Deputy Lead Scientist.

The Intergovernmental Panel on Climate Change (IPCC) predicted that the Greenland ice sheet would contribute up to 18 centimeters to the sea level rise by 2100 under the highest emissions scenario in a landmark study on climate science published in 2021.

Millions of people who live along coasts are already at risk of becoming submerged in the sea due to the melting of the Greenland ice sheet. This hazard might last for decades or centuries. In accordance with the Paris Climate Agreement, nations have committed to keeping global warming well below 2C.

The self-sustaining melting of the Greenland ice is a vicious cycle that needs to be stopped before it turns into a catastrophe.

What did DNCC learn about mosquito control from Miami?