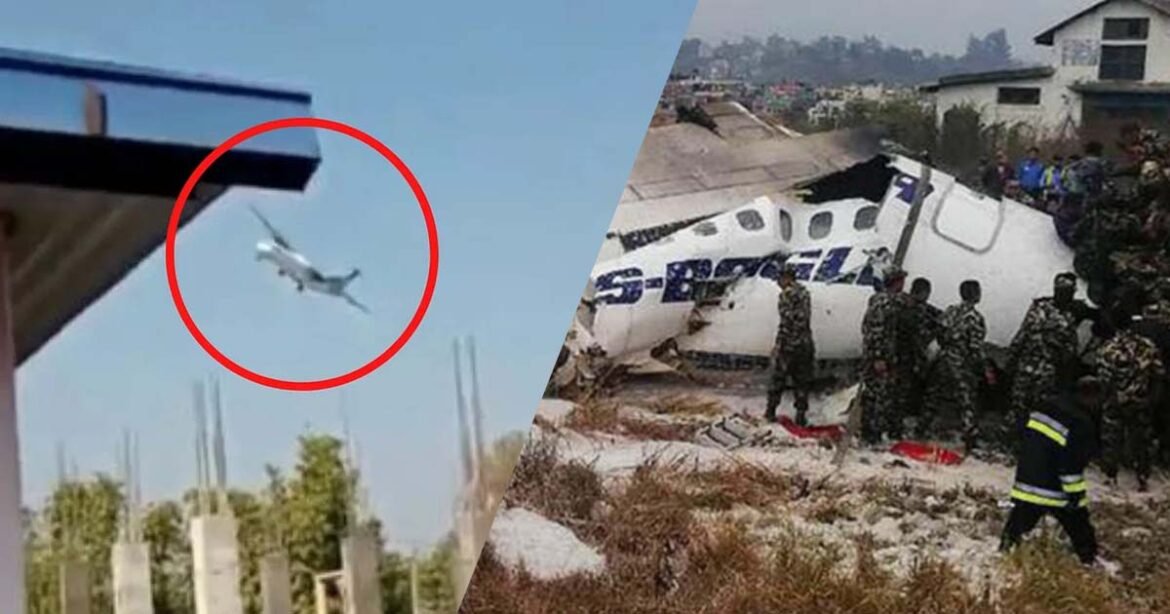 On January 15th, an aircraft from Yeti Airlines carrying 72 people crashed just before landing at Pokhara airport in Nepal. The Yeti Airlines ATR-72 plane, which was departing from Kathmandu, crashed between the old and new Pokhara airports, according to information provided by the Civil Aviation Authority of Nepal (CAAN).

There were 68 passengers and four crew members on the airplane when it crashed. The aircraft crashed into the gorge of the Seti River, shattered into pieces, and exploded in flames as it approached the central city of Pokhara.

With no survivors found as of now, it is the deadliest plane crash since 1992 in the Himalayan country. Social media sites were swamped with videos and photographs of the accident scene.

In recent years, Nepal’s air transportation sector has flourished, transporting people and products to remote locations as well as foreign mountain climbers. However, Nepal has a poor record of air safety.

A country with frequent plane crashes

Nepal experiences one flight mishap yearly on average. Since 2010, at least eleven deadly aviation crashes have occurred in Nepal, including the most recent. Last year, on May 29, a Tara Airplane crashed in Mustang district, killing all 22 people on board. This was the last major aviation accident in Nepal.

The 1992 crash of a Pakistan International Airlines jet on approach to Kathmandu, which killed all 167 aboard, was Nepal’s deadliest aviation disaster till the latest one. Since 2000, 341 fatal air disasters, including the latest crash in Nepal, were spread across 18 different occurrences.

To be noted, On March 12, 2018, a Bombardier Dash 8 Q400 aircraft operated by US-Bangla Airlines with a destination in Bangladesh crashed in Kathmandu’s Tribhuvan International Airport, killing 51 passengers, and injuring 20 more.

Why the crashes occur?

Due to inadequate maintenance and training, the industry has struggled with poor safety. Considering safety concerns, the European Union has forbidden all Nepali carriers from operating in its airspace. Additionally, Nepal is home to some of the world’s most inaccessible and challenging runways, with approaches that offer a challenge to even the most skilled pilots.

Several causes for the high number of fatal plane crashes in Nepal including rapidly shifting weather patterns and runways in the mountains.

There are several tough airstrips in the nation. Nepal has some of the world’s most remote and challenging airport runways, including the one in Lukla. They provide serious difficulties for even the most experienced pilots and well-kept aircraft.

One of the most dangerous airports in the world is Tenzin-Hillary Airport in Lukla, a popular starting location for climbers to Mount Everest. It is surrounded by mountainous terrain, situated at a higher altitude, and has a very short runway of only 527 meters, as opposed to the 3,658 meters for Heathrow’s southern runway.

Since the airport is surrounded by mountains, the pilots have very little room for error when approaching the runway.

Nepal’s airports are positioned at relatively high altitudes because of the country’s mountain terrain. The low air density reduces an aircraft’s performance and makes decelerating more challenging. Additionally, many older airplanes lack the equipment to recognize unpredictable conditions, which frequently result in abrupt changes in weather, visibility, and pressure.

As per Nepal’s civil aviation authority’s air safety report in 2019, the nation’s “diversity of weather patterns together with hostile topography are the main challenges surrounding aircraft operations in Nepal due to which the number of accidents related to small aircraft seems comparatively higher”.

Nepal is one of the poorest countries in the world, so many Nepali airlines use old planes for domestic flights. Many of these planes don’t have modern weather radars or GPS technology that can help with problems like bad weather or lack of visibility. On top, many pilots also lack proper training given the old aircraft being used on domestic flights.

Pilot Captain Bed Upreti stated in “The Guardian” last year, “We can’t afford to keep flying aircraft that are 43 years old. The technology, or lack of it, is dangerous to be flying in a place like Nepal.”

There is also a shortage of infrastructure on the ground. According to Dr. Archana Shrestha, a meteorologist, funding for “aviation meteorological institutional development” is required to build an “operational weather service for domestic flight routes that operate under 10,000 feet.”

According to authorities, the sky was clear at the time of the Yeti Airlines disaster, thus bad weather was not to blame. The Yeti Airlines plane was 15 years old and had an outdated transponder with inaccurate data, according to a tweet from flight tracking service FlightRadar24.

Will things change in future?

Nepal’s civil aviation authority is committed to creating plans, rules, and procedures to guarantee that all aviation-related activities are conducted to the greatest standard possible. Additionally, it claims to operate in accordance with international standards. However, due to Nepali Airlines’ subpar safety record, many nations and tour companies have prohibited or stopped doing business with them.