Classified documents at Biden’s private office and home: What’s behind the new scandal? 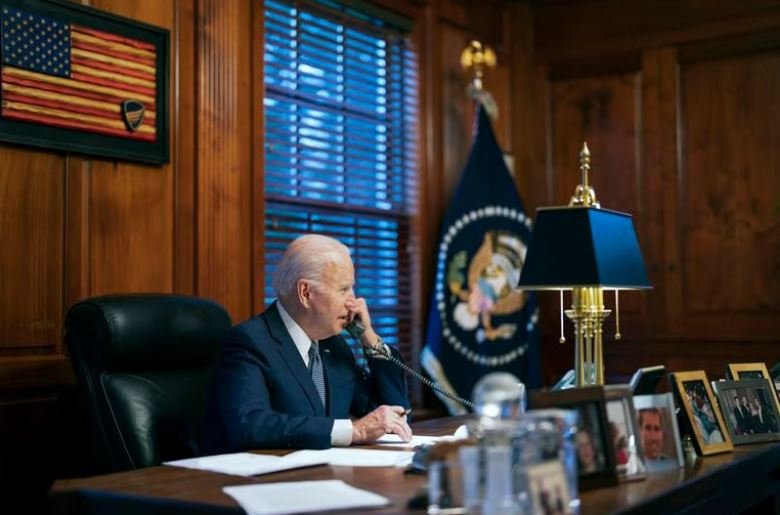 On November 2nd, 2022 twenty sets of classified official documents were found in US President’s private office at Penn Biden Center in a ‘locked cabinet’. Five additional papers with classified markings were again found at U.S. President Joe Biden‘s house in Wilmington, Delaware on Thursday which were immediately handed to Justice Department officials. When a White House attorney traveled to Wilmington to assist the transfer of a confidential document discovered at Biden’s residence by his personal counsel to Justice Department authorities, they discovered the additional pages.

Richard Sauber, the attorney for Biden, claimed that he found the new papers on Thursday and immediately gave them to the Justice Department.

“While I was transferring it to the DOJ officials who accompanied me, five additional pages with classification markings were discovered among the material with it, for a total of six pages. The DOJ officials with me immediately took possession of them,”

US attorney general has appointed Robert Hur as a special counsel to investigate into how Biden handled the documents.

YOU CAN ALSO READ: MALAYSIAN POLLS 2022 RACE BETWEEN PARTIES FOR PM’S MUSICAL CHAIR

A political embarrassment for Biden

This additional evidence is the latest change in the total number of classified documents found by Biden’s lawyers in the past week. It has dramatically changed the direction of an administration and raised serious questions about how it handled a legally delicate situation.

The most recent reveal adds to the finding of documents from Biden’s time as vice president during the Obama administration. Some of the documents were found in his garage in December and at his former offices at the Penn Biden Center in Washington, DC, in November. This week, a secret document was discovered in the garage of Biden’s family home in Delaware, where he maintains his 1960 Chevrolet Corvette sports vehicle.

As the investigation into former President Donald Trump’s alleged handling of confidential data is still underway, the finding of documents during the inquiry has been referred to as a political embarrassment for Biden.

Richard Sauber, the White House special counsel, stated in a statement that “we have now publicly released specific details about the documents identified, how they were identified, and where they were found”. He also highlighted that the White House counsel’s office would no longer be able to respond to inquiries on the topic while the investigation is ongoing. “The White House will cooperate with the newly appointed Special Counsel,” he added.

According to a statement from Bob Bauer, Biden’s personal attorney, Biden had instructed his lawyers to be “forthcoming and fully cooperative with the National Archives and Records Administration and the Justice Department regarding the documents.”

“In addition, the president’s personal attorneys have attempted to balance the importance of public transparency where appropriate with the established norms and limitations necessary to protect the investigation’s integrity. These considerations require avoiding the public release of detail relevant to the investigation while it is ongoing,” he remarked.

A source familiar with the investigation says that when classified documents were found in Biden’s old office, the US attorney in Chicago, John Lausch Jr., did not ask for searches of other places. The Biden team itself offered to conduct further investigations, but they went more slowly than police had anticipated.

Thursday, Biden was questioned by a reporter over the prudence of storing vital documents close to his Corvette. Biden responded that the documents were in a locked garage. “It’s not like they’re sitting out in the street. People know I take classified documents and classified material seriously,” he added.

This is the third disclosure in a week, and the second time that the initial information provided turned out to be misleading. Even though an extra five pages were found on Thursday night, Sauber had actually said on Wednesday night that the investigation of Biden’s properties was finished. It occurs while the White House is struggling to manage the confluence of continuing reviews, public messages, and quickly rising political pressure.

There has been rising criticism of the White House for its failure to share the information openly with the public. 10 classified documents from Biden’s time as vice president were discovered in his former private office at the Penn Biden Center for Diplomacy and Global Engagement on November 2, but they weren’t made public until Monday.

More documents to be found?

According to the source, there are several additional locations that might be examined, including other offices, and it is likely that further documents could be discovered. Bauer stated that publishing additional information about the issue could “complicate the ability of authorities conducting the review to obtain information readily and in an uncompromised form.”

The 10 classified documents from Penn Biden Center contained top-secret information. In the US, there are three fundamental classification levels: confidential, secret, and top secret. A disclosure of top-secret material could result in “exceptionally grave damage.”

Will the discoveries hamper Biden’s next term candidacy?

Republicans have demanded the White House provide the visitor logs of Biden’s residences, but the White House has declined to confirm whether or not this data will be released. According to an Associated Press tally, Biden has spent more than 200 days, or more than a quarter of his administration, in Delaware, including this weekend’s visit to Wilmington.

Former president Trump, a Republican, is also under investigation by the Justice Department for keeping more than 300 classified materials, some of which were marked secret and top secret, at his Florida resort, Mar-a-Lago.

For Biden, the matter is an unpleasant interruption as he gets ready to declare whether he will run for office again. Republicans have repeatedly compared the Biden investigation to the ongoing Trump investigation. But the White House has stressed that the two cases are different because Biden and his team are working with the authorities and have turned over the classified information, while Trump refused to do so until the FBI searched his Florida home in August.

In the instance of Donald Trump, special counsel Jack Smith is examining if anyone attempted to hinder their investigation into the preservation of classified records at the Palm Beach residence. Justice Department officials say that Trump’s lawyers didn’t fully follow a court order that asked for the return of classified records. This is why agents had to go back to Trump’s home with a search warrant to get more things.