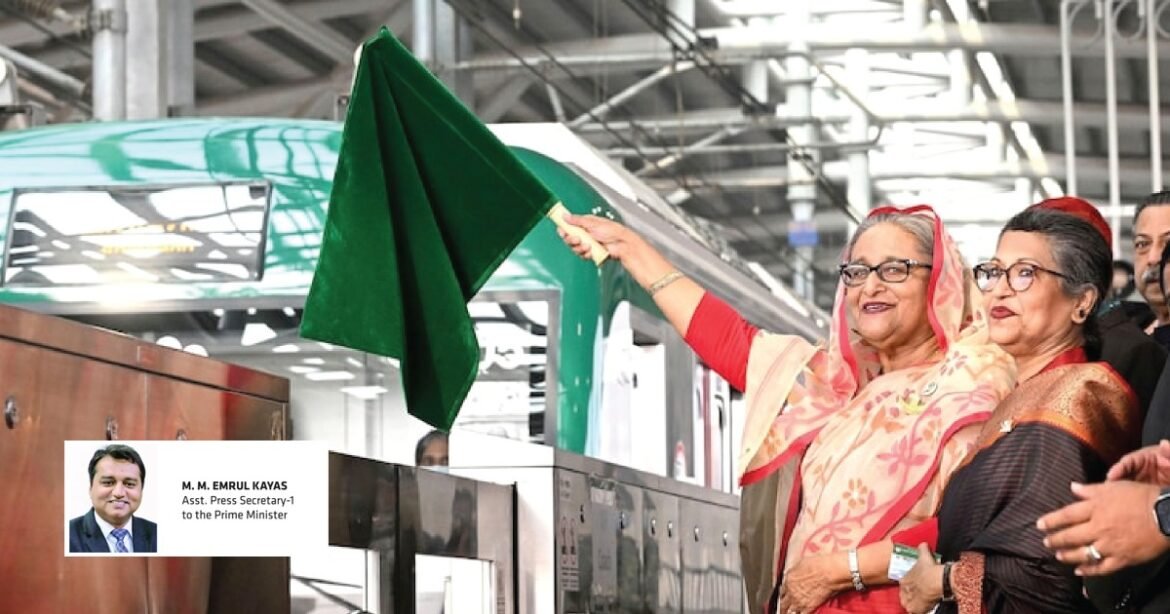 Bangladesh has just embarked on a new era of commuting as Prime Minister Sheikh Hasina inaugurated the much-awaited ‘Metro rail’, a fast-paced electric train service, on 28 December 2022. After the Padma Bridge, this Awami League government made another historical milestone in the country’s continuous development process adding yet another jewel to the country’s crown of development.

The metro rail, while operating in the capital city, is expected to highly reduce traffic congestion by way of saving man-hours and giving a new dimension and leap to the lifestyle of the city-dwellers.

You Can Also Read: THERE IS NO OFFICIAL PLATFORM OF HONOURABLE PRIME MINISTER ON SOCIAL MEDIA