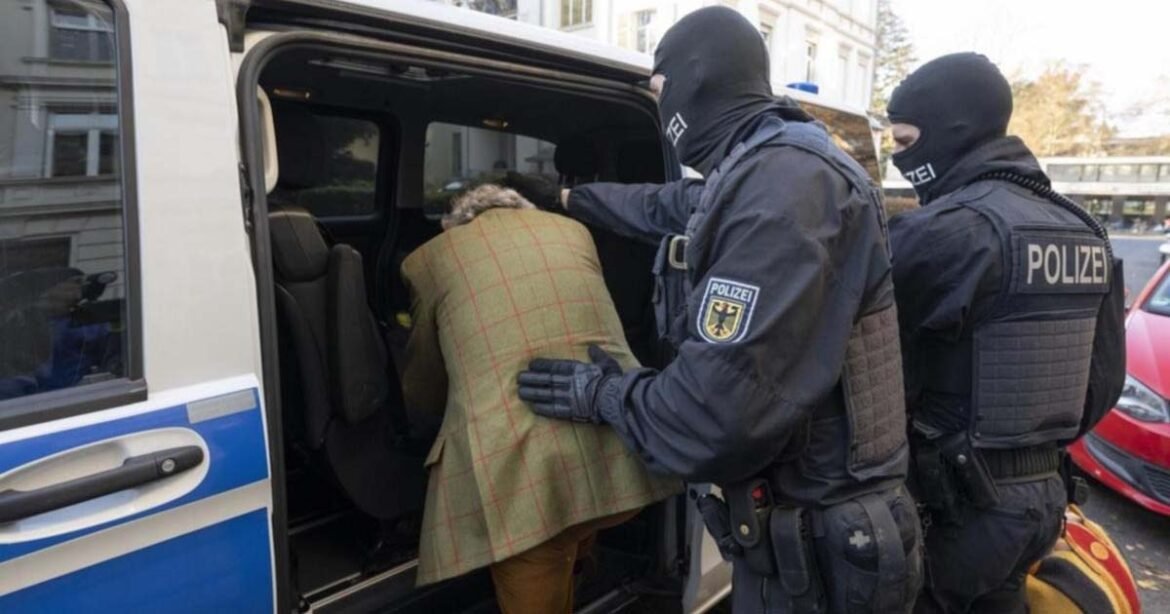 Germany arrested 25 members and supporters of a far-right group on Wednesday. According to the prosecutor’s office, the group was planning a violent coup to establish as national leader a prince who had sought help from Russia.

About 3,000 police officers raided members of the so-called Reichsbürger (Reichsbürger) movement on Wednesday. The raids took place at 130 locations in 11 German federal states.

Believers of the conspiracy theories

Prosecutors asserted that the organization was influenced by the deep state conspiracy theories of Germany’s Reichsbuerger and QAnon. QAnon theory supporters were a common phenomenon among those arrested following the January 2021 attack on the U.S. Capitol.

Prosecutors stated that members of the movement were suspected of “having made concrete preparations to violently force their way into the German parliament with a small armed group”.  They claimed that 22 German nationals were imprisoned on suspicion of “membership in a terrorist organization,” while three others, including a Russian national, reportedly assisted the organization.

Prince Heinrich XIII, a minor aristocrat, allegedly played the central role in their preparations. He is one of two alleged ringleaders who have been detained throughout 11 German states, according to federal authorities.

Other suspicions were from the QAnon movement; whose followers believe their country is controlled by a fictitious “deep state” consisting of secret forces that pull the political strings.

Members of the extremist Reichsbürger [Citizens of the Reich] movement are alleged to be among the plotters. The group has historically been on the radar of German police for violent attacks and racist and anti-Semitic conspiracy theories. Some of them are committed to the monarchical German empire, while others adhere to Nazi ideology and believe Germany is under military occupation. Additionally, they prefer to ignore the modern German state.

A shadow government by the group

Prosecutors said the group tried to copy the structure of the government by making a “council” that had been meeting regularly since November 2021. This “council” was like an administration-in-waiting, with departments like foreign affairs and health, they said. In addition to a shadow government, the conspirators also envisioned a military wing led by a second mastermind named Rüdiger von P.

Officials believe that they were made up of both current and former military members. Some of them were former elite soldiers from special units. According to the prosecution, the military wing’s mission was to destroy local democratic institutions.

Rüdiger von P is alleged of recruiting police officers in northern Germany and keeping an eye on army installations as well. Officials stated that bases in the German states of Hesse, Baden-Württemberg, and Bavaria were evaluated for possible use when the government was overthrown.

Faeser: “the enemies of democracy”

Minister of the Interior Nancy Faeser reassured Germans that the government will act with the full power of the law “against the enemies of democracy.” In a statement, she said “The investigations provide a glimpse into the abyss of a terrorist threat from the Reichsbuerger milieu,” adding that the constitutional state knows how to fight itself against “the enemies of democracy.” Ms Faeser announced that she will introduce a law in the coming days to make it simpler to fire public service employees who were thought to be constitutional opponents.

An estimated 50 men and women are said to have been part of the group. They are said to have planned to overthrow the republic and replace it with a new state modeled after Germany in 1871, which they called the Second Reich. The dawn raids on Wednesday are being called one of the biggest operations against extremism in modern German history. In 11 of Germany’s 16 states, three thousand cops were involved in 150 operations, while two people were detained in Austria and Italy.