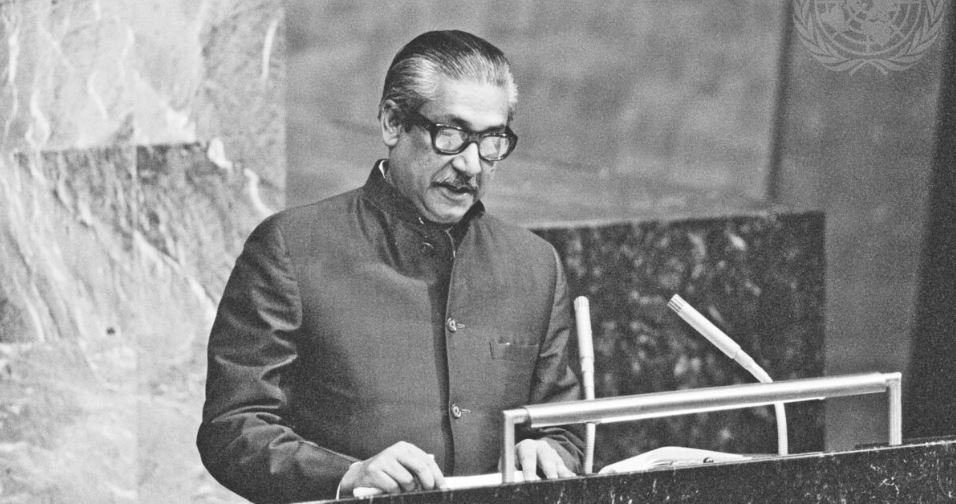 The legendary quote from Bangabandhu Sheikh Mujibur Rahman, one of the most well-known advocates of humanity and world peace, “Friendship to all, malice towards none,” has been included in a resolution by the United Nations General Assembly (UNGA).

According to a statement released by the Bangladesh Permanent Mission to the UN in New York, Turkmenistan introduced a resolution at today’s UNGA session titled “International Year of Dialogue as a Guarantee of Peace, 2023,” which was unanimously adopted. This resolution was introduced against the backdrop of the global post-Covid era and the Russia-Ukraine war.

You Can Also Read: BANGABANDHU: ETERNAL INSPIRATION FOR SAVIOURS ACROSS WORLD

The quote says: “Recognizing the importance of combating poverty, hunger, disease, illiteracy, and unemployment, and emphasizing that friendship to all and malice towards none, in the spirit of constructive cooperation, dialogue, and mutual understanding, will help to achieve these objectives.”

This text was based on Bangabandhu’s first speech to the UNGA on September 25, 1974, in which he emphasized the importance of securing world peace. It was included in the 14th paragraph of the resolution ‘International Year of Dialogue as a Guarantee of Peace, 2023′.

According to the Bangladesh mission, a lot of hard work is put into drafting the resolution under the supervision of Bangladesh’s permanent representative to the UN, ambassador Muhammad Abdul Muhith. Monwar Hossain, the deputy permanent representative, actively participated in the negotiation and was able to include Sheikh Mujib’s historic quotation in the resolution.

Seventy nations, including Bangladesh and other South Asian countries, co-sponsored the resolution.