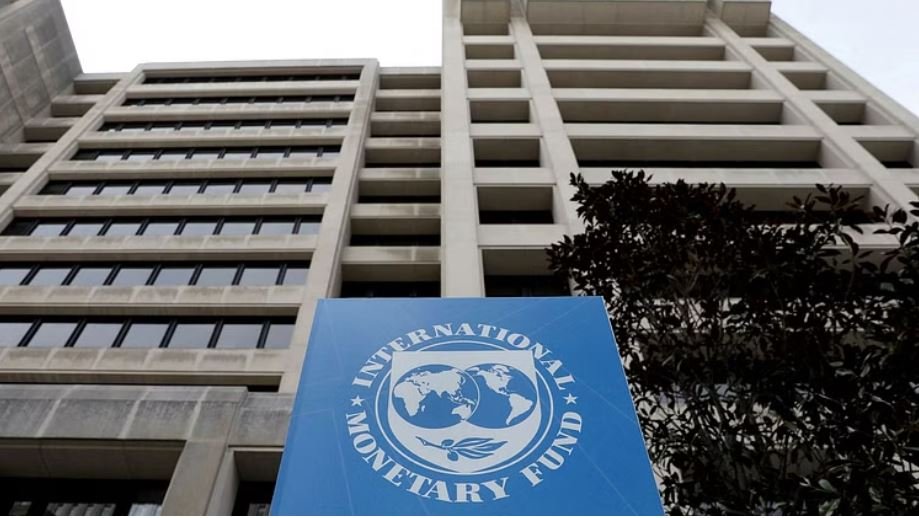 A $4.5 billion support program for Bangladesh was provisionally approved by the International Monetary Fund (IMF) on Wednesday. Finance minister, A.H.M. Mustafa Kamal praised the agreement for preventing the escalation of economic instability into a crisis.

Bangladesh’s economy, which is worth $416 billion, has been one of the fastest growing in the world for many years. But Russia’s invasion of Ukraine has caused energy and food prices to go up, and foreign exchange reserves to go down. This has made the country’s import bill and current account deficit bigger. After the IMF announcement, Finance Minister A.H.M. Mustafa Kamal told reporters that “the heat of the global economy has affected our economy to some extent.  We requested the IMF loan as a precautionary measure to ensure that this instability does not escalate into a crisis.”

Bangladesh became the third South Asian country to get a “staff-level agreement” with the IMF for loans this year on Wednesday, following Pakistan and Sri Lanka. A staff-level agreement is usually subject to IMF management’s approval and the Executive Board’s consideration, which is anticipated in the upcoming weeks.

YOU CAN ALSO READ: IS US DOLLAR’S DOMINANCE UNDER THREAT?

The loan disbursement and interest rates

The Fund said that a “staff-level agreement” had been reached on a 42-month deal that included about $3.2 billion from its Extended Credit Facility (ECF) and Extended Fund Facility (EFF) and about $1.3 billion from its new Resilience and Sustainability Facility (RSF). Finance Minister AHM Mustafa Kamal informed reporters after meeting with the IMF staff mission that the first instalment is scheduled in February 2023. Six equal payments of $659.18 million would be made after the initial $447.8 million installment.

The interest rate would be around 2.2 percent. Of the $4.5 billion, $1.3 billion can be paid back over a 20-year time frame with a ten-year grace period. The grace period for a portion of the total is 3.5 years, and for another component it is 5.5 years. The remaining amount must be repaid within 10 years.

This would be Bangladesh’s thirteenth loan from the Washington-based multilateral lender, the most recent being in 2012. “The objectives of Bangladesh’s new Fund-supported program are to preserve macroeconomic stability and support strong, inclusive, and green growth, while protecting the vulnerable,” IMF said in a statement. Bangladesh’s economy is based on the export-oriented garment industry, which is preparing for a slowdown because big customers like Walmart have too much stock and people are spending less because of inflation. According to figures from the central bank, the nation’s foreign exchange reserves had decreased from $46.49 billion to $35.74 billion on November 2.

No strict measures by IMF

The IMF often demands that countries do what they find most challenging in exchange for a loan: decrease public spending, increase taxes, and put into place policies aimed at reducing their debt-to-GDP ratios, such reducing subsidies for food or gasoline. The good news for Bangladesh is that this time, the IMF delegation did not arrive in Dhaka with a reform agenda in hand. Instead, it came to ensure that the government carried out its own existing reform goal. “We are getting the loan just the way we wanted. A total of $4.5 billion will be lent to Bangladesh,” Finance Minister AHM Mustafa Kamal stated.

The IMF stated that Bangladesh has developed a program to promote growth that incorporates steps to control inflation and enhance the financial system. The IMF delegation endorsed the government’s economic reforms, according to Finance Minister Kamal. Earlier, in August, Bangladesh increased fuel prices by roughly 50% in an effort to reduce its subsidy burden, but officials at the time denied that this was a requirement for the IMF loan.

This fiscal year alone, the Bangladesh Bank has given more than $4.5 billion to the market to support the exchange rate. Meanwhile, the average monthly import bill is $6 billion, so the loan amount, which would be paid back over three years, would not help the foreign exchange reserves. A prior agreement with the IMF is frequently regarded as an indicator of a country’s creditworthiness by creditors, whether they be commercial banks or foreign governments. “We are using the IMF. If IMF, after duly completing the audit of the books and accounts of the country, says Bangladesh is doing fine, nobody else will say no to us,” Kamal stated.

Ahsan H Mansur, executive director of the Bangladesh Policy Research Institute, stated that “this was the necessity of the hour.” He continued by expressing the expectation that the agenda would include enough fundamental reforms and that the administration would put them into action “sincerely, forcefully, and timely.” In a press conference yesterday, Rahul Anand, the ten-person IMF mission, stated, “This is a project of the authorities — the authorities own the plan and the IMF is supporting the authorities as its trusted advisor.”

Raising the tax-to-GDP ratio, putting the VAT law into effect, and establishing an asset management business to get rid of bad loans are just a few of the reforms, according to Kamal.

Bangladesh Bank Governor Abdur Rouf Talukder says that other tasks include lowering the number of bad loans in the banking sector to less than 10 percent and raising the capital adequacy ratio to the 12.5 percent required by BASEL 3. Other tasks include adjusting the price of fuel on a regular basis, putting into action climate-related proposals made in the budget and at international conferences, and getting more remittances through formal channels.

Other agreed-upon reforms include increasing social spending and making social safety net programs more targeted, making exchange rates more flexible, developing the capital and bond markets, increasing and diversifying exports, and modernizing the monetary policy framework. Removing the interest rate cap or reducing the subsidy for fertilizer or the tax exemption were not feasible, as per Finance Minister.

The changes will strengthen the country’s foreign exchange reserves in the short term and open the budget for more social spending and long-term climate change mitigation. Rahul Anand, the IMF’s mission chief in Bangladesh stated that the immediate task is to stabilize the macroeconomic situation by rebuilding the reserve buffer.

The 5 keys by IMF

According to the IMF, the initiative would include five important components.

The IMF is confident that Bangladesh would be able to pay back its loans, and one of the main goals of the program was to protect reserves. Rahul Anand, the IMF’s mission chief in Bangladesh, said IMF had anticipated a decline in Bangladesh’s reserves during a press conference held at the Finance Division. “During the pandemic, reserves went up, but it was a one-off. Because the formal channel was the only way to remit money and exports rebounded quickly because of the stimulus package. Exports also got a boost as there was a lot of trade diversion [in other countries]. Imports were also low. So, this led to an artificial build-up of the reserve,” he described. Rahul claimed that even while Bangladesh, a country that imports almost everything, boosted its import volumes following the conflict, the cost of everything had also skyrocketed, depleting reserves.

But he added that there was no cause for concern over the loan to Bangladesh. “Bangladesh has always been a very good partner with the IMF. Bangladesh has never defaulted on any loan and we don’t expect the election cycle will change anything on this front ” he continued by saying that every nation in the globe was experiencing a comparable situation with regard to reserve strain.

IS US DOLLAR’S DOMINANCE UNDER THREAT?