IS US DOLLAR’S DOMINANCE UNDER THREAT? 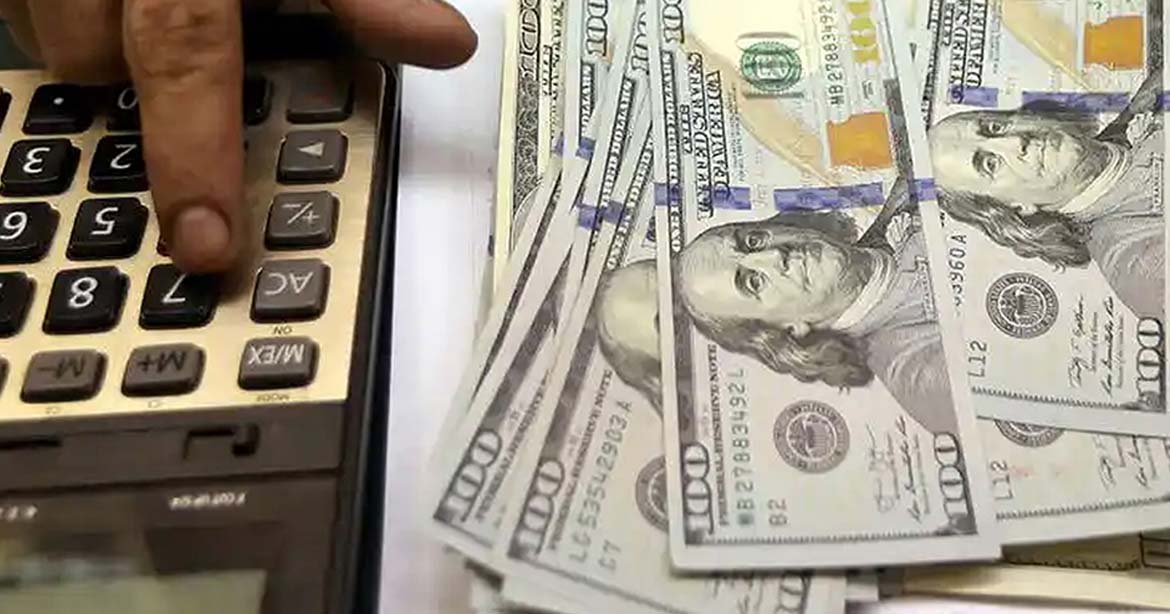 However, the fiat currencies of all countries are not equally accepted across the world. For example, most West African countries use French Franc instead of their own currency. Eastern Caribbean countries use US dollar as medium of exchange. In Southeast Asia, such countries as Laos and Cambodia have their own national currencies, but people feel comfortable exchanging through US dollar because the value of the local currencies is highly volatile.

Outside the European Union, the use of US dollar for the settlement of international transactions is uncompetitive. Traders accustomed to international transactions consider dollar as a safe haven because its value is more stable than any other currency in the world. However, over the last two decades or so, the use of dollar as reserve currency in the central banks worldwide has been decreasing. More specifically, US dollar reserves have fallen from 70 percent to 60 percent over the last two decades.

According to SWIFT’s global payments data, money transfers through US dollar decreased to 39 percent in 2022. This gap has been filled by Chinese renminbi and other unconventional currencies, which are on the rise in terms of international payment. Moreover, some geopolitical events, happening at this moment worldwide, mean to weaken the power of US dollar. This has raised a question: is the US dollar losing its dominance in international market? Although it may not seem to happen so soon, the demand for dollar as a currency of choice for international transactions is likely to decline in the long-term. The following events are the main drivers that cast a threat to the dominance of US dollar.

Politically, the world is divided into two bipolar factions. The US and its allies form a faction that advocates a free market capitalism. On the other side, Russia, China, and their allies form another group which mostly believes on the authoritarian power. Owing to various political and geographic differences, these two groups vie each other for world dominance.

The US-led allies use, inter alia, dollar as a soft weapon to weaken the other group, whereas the Russia and China-led coalition has been making very effort to get rid of the grips of US dollar. In line with this tradition, Russian president Vladimir Putin recently made an announcement in a forum organized by the BRICS (Brazil, Russia, India, China, and South Africa) that the BRICS would launch a new currency basket composed of all the BRICS currency.

This currency basket is intended to serve as an alternative to the Special Drawing Rights (SDRs) of the International Monetary Fund (IMF). SDRs are international reserve assets that complement the official reserves of IMF member countries. It is not a currency, but a potential claim on usable currencies of IMF members. In other words, SDRs can provide liquidity to a country. Such a system is envisaged to be introduced by the BRICS with possible new basket currency. This arrangement would make BRICS’ reserves completely independent of the US dollar and reduce demand for the dollar, especially in BRICS.

However, there is a considerable doubt as to whether this plan will be implemented at all. For many analysts, this may seem to be just a political rhetoric. It is not clear whether the BRICS will risk moving their reserves from dollar to the new basket currency. It is less risky and easier to switch to the gold standard instead of the new basket currency. Gold currently makes up more than a fifth of Russia’s official reserves.

Since gold is not as easy to carry and transfer as paper currency, it remains to be seen whether gold or the BRICS basket can replace the dollar.

Practically, this possibility seems unlikely in the near future. Besides BRICS-backed basket currency, the liquidity of other currencies than the big four (US dollar, Pound Sterling, Japanese Yen, and the Euro) has been steadily rising over the years. Historically, the market did not have a large supply of investable assets in currencies other than these four, which led to high costs of transactions using unconventional currencies.

But increased innovations as well as the use of information technology like electronic trading platforms, and automated trading systems have increased the liquidity of other currencies manifold. As a result, the cost per transaction has fallen remarkably compared to the past. Countries can now easily trade in other currencies than the four major currencies. Moreover, an increased number of countries are eager to grow reserves in unconventional currencies. Simply put, technological innovation and the convergence of international laws governing currency markets have made it much easier to use currencies beyond the big four major currencies.

On the other hand, foreign exchange reserve managers are now much more efficient in managing reserves than ever before. The International Monetary Fund’s analysis of reserve adequacy among 55 emerging economies found that 30 countries’ reserves are about 58 percent higher than the minimum required level. In this regard, it is worth noting that many investment class assets have emerged outside the traditional dollar-denomination asset where countries are interested in investing additional reserve funds. Many believe that the demand for dollars will go down once this trend starts in full swing.

The question of dollar’s hegemony is hotly debated at the moment due to Russia’s military invasion in Ukraine and its possible aftermath. In response to Russia’s aggression, the United States and its allies have imposed a range of economic sanctions on Russia. Notable among them is the imposition of sanctions on Russian reserves deposited in various banks worldwide (especially in the United States and its allied countries).

These reserves are estimated to be worth about $300 billion, which is more than a third of Russia’s gross domestic product. Furthermore, the international community’s ban on Russian banks using SWIFT is another blow to dollar-denominated transactions. Obviously, Russia wants to get out of the dollar trap and the country is making all-out efforts to implement the plan. For example, Russia has already pressured relatively unfriendly countries to pay the price of its oil and gas in Russian currency, Ruble, and some countries have already agreed to comply.

The weaponisation of dollar, as evident from the sanctions on Iran, Venezuela, North Korea, Afghanistan and recently on Russia has created a sense of fear among other countries that any disagreement with the US and its allies could lead to similar restrictions on dollar-based transactions.

This is believed to be more relevant for China than any other countries in the world now. In addition to international trade dispute between China and the US, the opinion of these duo about Taiwan issue is the polar extreme. China knows it well that US will not be reluctant to use its dollar weapon in case it needs to apply against China. Thus, China wants to get out of the dollar grip. Toward this, it has already adopted several plans and is trying to implement them without delay.

China has been insisting its trade partners to settle international transactions in local currencies of partner countries. As per this request, Saudi Arabia has nodded positively by asserting that it is ready to accept payment in Chinese Renminbi for oil exported to China. If China puts favorable terms and conditions for its trading partners, it is believed that many countries are likely to agree on Renminbi settlement for international transactions. The effect of this will certainly be negative for the demand of US dollar.

As the control of fiat money is centralized, the case of cryptocurrency is that its control is completely decentralized. To transfer funds as per the conventional system, one must have an account with a bank and the transaction must be completed through that account. However, transactions with cryptocurrency do not requires any intermediary like financial institutions. Many believe that the widespread use of cryptocurrency in a large scale is like to erode the dominance of not only the US dollar but also other fiat money.

It is also perceived that the emergence of cryptocurrency is a result of the weakness of the US dollar. Moreover, central banks around the world have already announced the launch of their own digital currencies. Although digital currency is not much different from fiat money in terms of regulation and control, it will greatly reduce other problems involved with nonmajor fiat currencies. For instance, digital currency is likely to lower transaction costs, facilitate faster transfers, and ensure greater security of transactions. In addition, the fluctuation in value of digital currency is expected to be lower than the fiat money. If so, the use of currencies other than US dollar will increase.

A common question is appearing in public minds these days: Is it the beginning of the end of dollar dominance? As discussed above, multifaceted pressures will certainly threaten the dominance of the American Greenback in international transactions. But the question is if there is a better alternative to US dollar. First, the dollar is still the world’s most liquid currency. This has been possible because of the depth and liquidity of US financial markets. Moreover, the yield or return on US Treasury bonds is always positive. As a result, finding a suitable substitute of dollar-denominated reserve is difficult.

Second, for a currency to be tradable in the international market, it needs to be easily convertible into other currencies. This requires strong financial institutions of the country and accountability of the government. In the current context, it is widely believed that all these qualities are more common in the US than in any other country in the world. In terms of good governance, the situation of European countries is disproportional; Russia and China are far behind in terms of government accountability. In this context, it can be said that no other country has yet achieved the level of government transparency and accountability required for its currency to be universal.

Finally, the use of US dollar in international transactions over a long period has enabled the creation of a resilient and technological infrastructure or ecosystem around the world. A new currency needs a considerable time to build the necessary ecosystem. So, for now, no other currency is in the forefront to replace the dollar. However, it is widely projected that the dollar dominance will decrease significantly in the next two decades.

Dr. Mohammad Dulal Miah is an Associate Professor and Head of the Department of Economics and Finance at University of Nizwa, Oman. He has published several academic books (including one published from Cambridge University Press) and contributed numerous research articles to academic journals. Dr. Miah also writes regularly for various national and international newspaper and magazines.