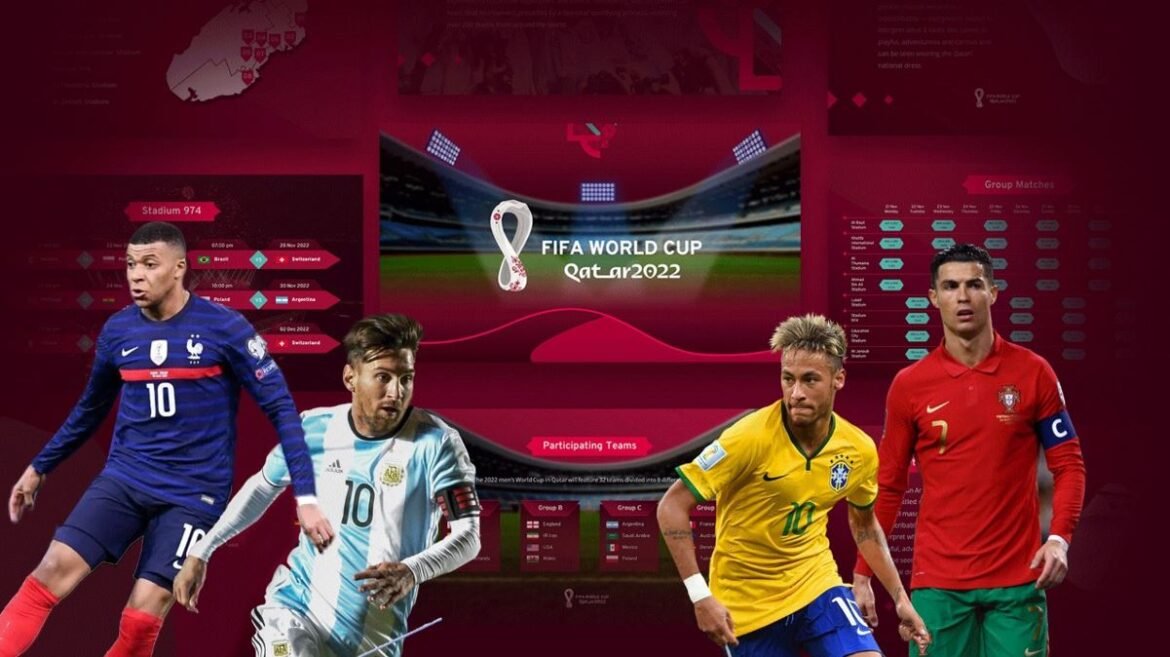 FIFA World Cup 2022, the most prestigious event in football, will be held this month. In the World Cup, all 32 teams will fight to be the best in the world. In the meantime, speculations about who will be the best this time have started across the world. Europe and South America are the two best continents when it comes to football. The level of talent and success at international and club level on these two continents is unmatched. Similarly, these two continents possess fan bases that can legitimately impact any game based on emotions and momentum. International football has been dominated by countries from Europe and South America from time immemorial. These countries produced the best results on the international stage and have won all editions of the FIFA World Cup since its inception. 20 Football World Cups played till date, and to date, the final of the World Cup has only been contested by teams from the UEFA (Europe) and CONMEBOL (South America) confederations.

European nations have won 11 titles, whereas South American teams have won nine. So, Europe and South America are undoubtedly the biggest powerhouses of football. More than a century of competitive world football has shaped the perceived differences between Latin American and European playing styles. But World Cup has been dominated by European football for the last ten years. In 2002, the World Cup was held in Asia for the first time. Brazil won the World Cup, held in South Korea and Japan, for the fifth time after defeating Germany in the final. With Ronaldo, Ronaldinho, Roberto Carlos; Seleção won all the matches of the tournament as the only team in the World Cup. It was also the last time a South American country won the World Cup. Because European teams had the last laugh in the next four World Cups organised after that, such as; Italy won the World Cup in 2006, Spain in 2010, Germany in 2014, and France in 2018. One may wonder what has gone wrong for the South American side. Let’s look for the answers.

YOU CAN ALSO READ: SPORTS – THE UNSEEN ARM OF GEOPOLITICS

Another significant reason for the rise of European football could be the economic factor. Football budgets in European countries are much higher than in South American countries. On the other hand, in European leagues, the budgets are much higher than in other leagues around the world, and the player salaries are also significantly higher. Scout’s skills and experience of the European clubs are greater, and their youth player recruitment process is more systematic, organised. As a result, a large number of talented youths from around the world, including South America migrates to the European leagues for getting greater opportunities. They also spent more in the improvement and growth of the players. They also have the luxury to have better coaches and other staffs. Thus, European football is growing rapidly comparing to South American football, and getting success.

Brazil, Argentina: Cream of the crop

Nevertheless, European dominance in the World Cup could end this time as the two Latin American superpowers are going in the tournament being in top three of the rankings. Argentina, dreaming of winning the World Cup for the third time, will go to Qatar after 35 consecutive unbeaten matches. Brazil, the most successful team in World Cup football history, will step into Qatar being in the top spot, best rhythm. On the other hand, various European teams are in a shaky state before the start of the World Cup. Defending champions France, four-time world champions Germany, last year’s semi-finalists England, always regarded as the dark horses of the World Cup, Portugal and Belgium; no team’s current form gives much hope.