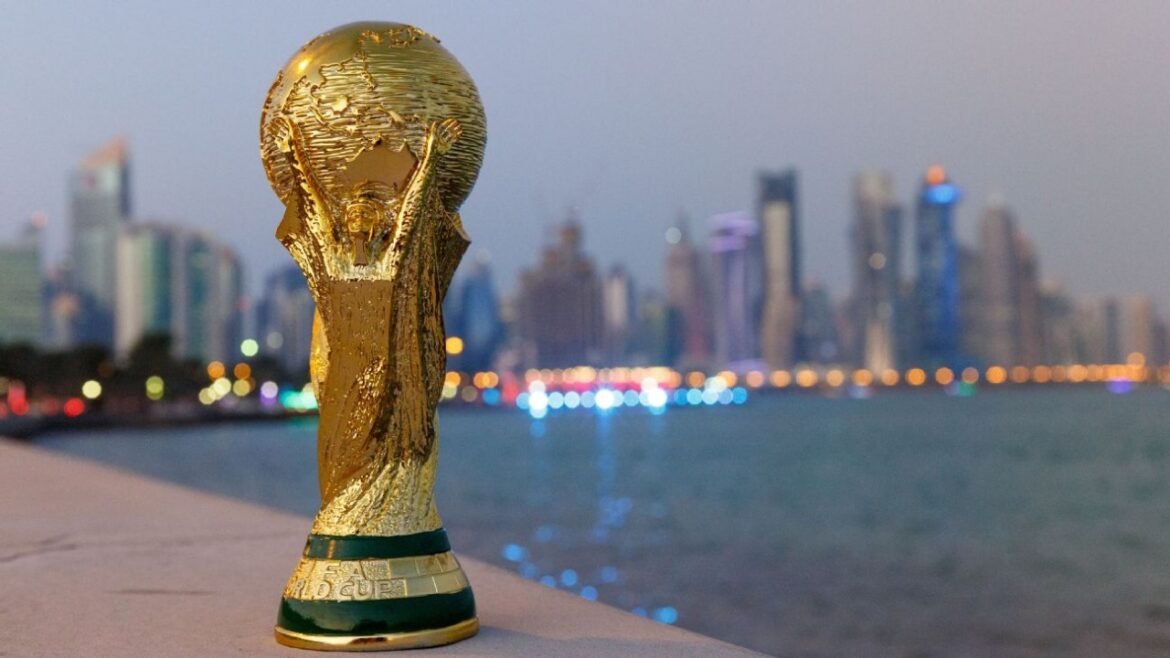 In December 2010, the rich country Qatar received permission to host the FIFA World Cup. 12 years have passed since then. Finally, after completing all the preparations, the greatest show on earth is going to sit in the desert country in November. The country spent a huge amount of money on new stadiums and glittering events. The Qatari media ‘Doha News’ says that Qatar is spending 220 billion dollars on this year’s FIFA World Cup, which is about 22 lakh 30 thousand crores in Bangladeshi currency.

However, criticisms and calls for boycotting the Qatar World Cup are also pouring in over human rights violations. One thing is certain, it is going to be the most expensive tournament in World Cup history as Qatar is spending 20 times more than what Russia spent on the 2018 World Cup. Not only that, the amount of money the host country spending also exceeded the combined cost of seven World Cups from 1994 to 2018. Qatar has built eight state-of-the-art stadiums for the World Cup that will be within an hour’s drive.

You can also read: FIFA World Cup 2022: Europe or Latin America, who will dominate this time?

The stadiums are Al Bayt, Lusail, Ahmad Bin Ali, Al Janoub, Al Thumama, Education City, Khalifa International, and Stadium-974. All the 64 matches of the upcoming World Cup will be played in these eight spectacular stadiums located in five cities of Qatar. Not only the exterior beauty, but the stadiums are also equipped with the latest and best technology. Along with that, keeping in mind the temperature of Qatar, the stadiums have also been made air-conditioned and environment-friendly.

FIFA WORLD CUP 2022 ALL STADIUMS AT A GLANCE

The official theme song of the FIFA World Cup 2022 was unveiled on October 7 which is titled ‘Light the Sky’. Four female stars performed in it, including, Bollywood sensation Nora Fatehi, Iraqi artist Rahma Riad, Emirati singer Balqees Fathi, and Moroccan singer Manal Benchlikha. This song is made keeping in mind the issue of women’s empowerment. That is why all the participating artists are women.

However, there is widespread criticism going on over the World Cup in Qatar. As much as the frenzy surrounding this first World Cup celebration in the Middle Eastern country, there is also controversy, which has started ever since Qatar was nominated to host the World Cup. According to a Guardian report last year, six and a half thousand workers related to the construction of the World Cup stadium, metro rail, roads, and hotels in Qatar died. Apart from this, Qatar’s position on women’s rights and bisexual relations has been questioned for a long time. Also, every stadium in Qatar World Cup is being air-conditioned, which may also have an impact on climate change.

Due to these allegations, many people have protested against the World Cup in Qatar, in fact, they even called to boycott the event! Even though the World Cup is on the doorstep, the movement is still going on. In the meantime, Australia, England, Denmark, and several other football teams have spoken out against human rights violations in Qatar. Also, many former star footballers have also expressed their anger about the organisation of the World Cup. One of them is 2014 World Cup-winning Germany captain Philipp Lahm. In a recent interview, the reason for not going to Qatar was given by this footballer, “I am not going to Qatar as an official representative or as a fan.

The country that is entrusted with hosting the World Cup should consider the human rights situation.” On the other hand, former FIFA president Sepp Blatter said, “Choosing Qatar as the World Cup host was a big mistake.” He also told a Swiss newspaper, “It is a bad decision and I am responsible for taking this decision as the president of that time.” Meanwhile, Qatar World Cup games in several cities in Spain and France has been boycotted. But, as the World Cup game is approaching, everyone’s excitement is increasing. Now, football fans hope that the furore of this controversy does not affect the game on the field.

Bangladesh will be present in a different way even if not as a football team in the Qatar World Cup. Shiakat Ali will represent Bangladesh on the field as assistant referee. This resident of Chattogram, who has been in Qatar since 2013, is going to serve as the coordinator of the referees in the field. He is currently working as an assistant referee for the Qatar Football Association. This time, Shiakat will be the representative of Bangladesh throughout the FIFA World Cup. In addition, six lakh official FIFA t-shirts have been produced in Bangladesh. These t-shirts are made in Chattogram, have already reached the buyer.

Sonnet Textile Industries Limited made Bangladesh proud by making these t-shirts worth about 13 crore taka. Gazi Mohammad Shahidullah, director of knitwear manufacturers’ association- BKMEA and director of Sonnet Textile Industries Limited, said, “We received an order for six lakh pieces of t-shirts from a FIFA-certified sportswear supplier. These are official T-shirts with the FIFA logo. Our t-shirts have been sent to the Russian buyers.” He feels that Bangladesh has more bright prospects in the manufacture of sportswear.

Finally, while Bangladesh will not be on the field, but the Bangladeshi migrant workers has laboured in infrastructure development and construction of the eight stadiums built for the World Cup in Qatar.

Therefore, the country rewarded the dignity of Bangladeshi migrant workers as the flag of Bangladesh was placed in the flag plaza of Qatar.