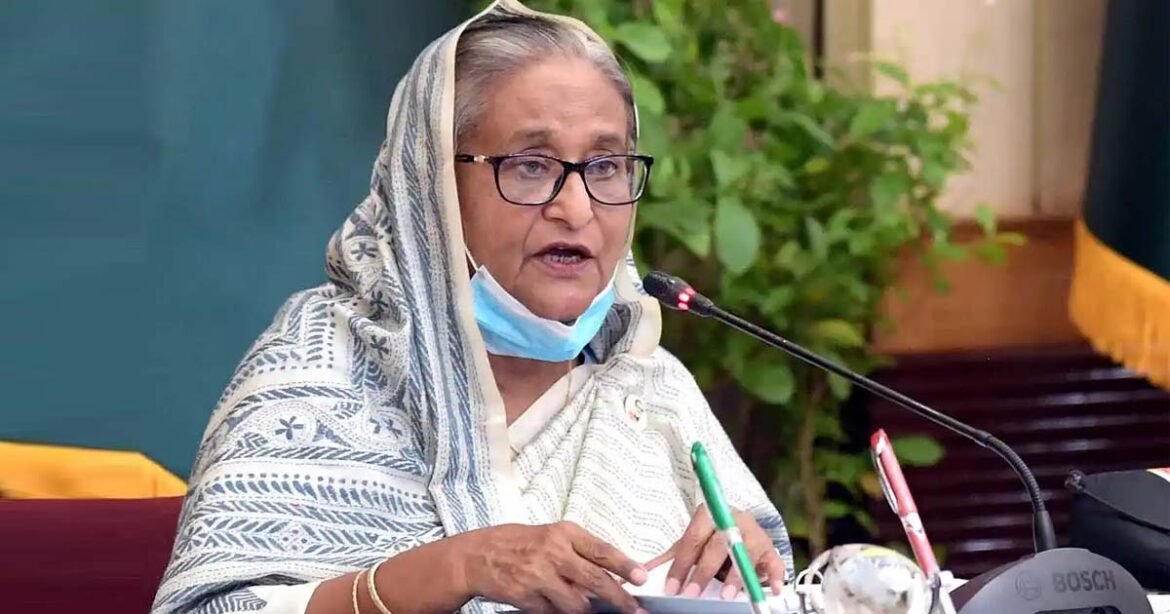 Prime Minister Sheikh Hasina chaired a cabinet meeting at her office on November 14. As the PM termed the ensuing year 2023 as a looming period of crisis on the back of plummeting forex reserve, post-corona effects, and reduced food production, she accordingly urged everyone to be ready to face it. The PM-chaired cabinet meeting also came up with issuance of six instructions that may help address any crisis period amid growing food concern in the coming year. These orders were issued while the annual reports on the operations of the ministries and departments were being presented for the fiscal year 2021-2022. Cabinet Secretary Khandkar Anwarul Islam later provided the media with the meeting details, saying, “We need to take few steps to deal with the apprehended global crisis in the coming year. Global economic researches reveal that there are three factors that could cause a crisis in 2023. Those are: increased interest rates of the Federal Reserve, the Russia-Ukraine war right after an epidemic and lower production in China.”

As various global sources have predicted a fast-approaching global crisis, the government of Bangladesh is readying the nation to tackle any such emergency. Consequently, the cabinet has given six instructions so that no difficult situation is created in the country by way of slipping into the trap of global crisis. The cabinet secretary said, “The PM and the Cabinet are emphasising on food production first. The crisis will continue regardless of how much we talk about food imports although there is no restrictions on Russia-Ukrain grain exports. However, it will still matter. Foreign exchange is a problem as both sides are experiencing difficulties with the countries that use loans or import more due to the Federal Reserve’s increase in interest rates.”

The instructions as stipulated in the meeting are:

Firstly, increasing food production should be everyone’s top priority now. The government has already seen severe improvements in agriculture, fishing, and livestock over the last four to five months. If the developments are utilised with sincerity, we can expect doubled food production in upcoming 1 to 3 years.

Secondly, the cabinet has urged to send competent workers instead of sending unskilled workers abroad as skilled workers have the chance to work for well-paid positions, who would contribute by sending higher remittance than unskilled ones. The cabinet secretary also emphasised on trainings for capacity building of the workers to be sent abroad. He called for taking proper training certificates from reputed institutions, otherwise, it won’t be helpful.

You can also read: Bangladesh Awami Jubo League to host largest youth gathering of the decade

Thirdly, Bangladesh Bank as regulator has already released a circular stating that there will be no remittance fee(s) from now on. The fee will be handled by the sending bank and as a result, the whole transaction process will be easier and smoother.

Fourthly, the government is trying to make investment conditions easier. The concerned authorities are hence taking steps to encourage investors to follow Bangladesh Investment Development Authority (BIDA). Regarding this, the cabinet secretary said, “Direct approval from now on will be given from the BIDA. Investors do not have to approach the municipality or city corporation. More measures have been taken so that they do not have to go to NBR to pay taxes again.”

Fifthly, the transfer of funds from Bangladesh to different country currency is being made easier. Cabinet Secretary Khandker Anwarul Islam said, “Another big issue was the repatriation of investment funds, which we have also made very convenient and comfortable. It took us about one and a half years on our own. We will look into process if some more comfort can be given so that investors are interested in working here.”

Sixthly, the cabinet has urged to keep sufficient amount of food in stock for dealing with the looming crisis. Additionally, the private sector has been permitted to import roughly 1.5 million metric tons of food. Mr Islam said, “Our importers should try to get in touch with a few big countries directly to export extra foods like oil or spices, without going through a third party. If we can go straight to the source, it will be at a good price.”

A rumour is running high in recent time claiming that uncultivated lands will be taken by the government after one, two, or three years. The cabinet secretary, however, said if someone’s private land is not farmed, it won’t be taken over by government as no such system prevails. In the meantime, according to the annual report on the operations of the fiscal year 2021–2022, Bangladesh’s per capita income has climbed to $2,824 from the prior count despite the country’s continuous economic challenges. Bangladesh’s per capita income for the fiscal year 2020-2021 stood at $2,591.