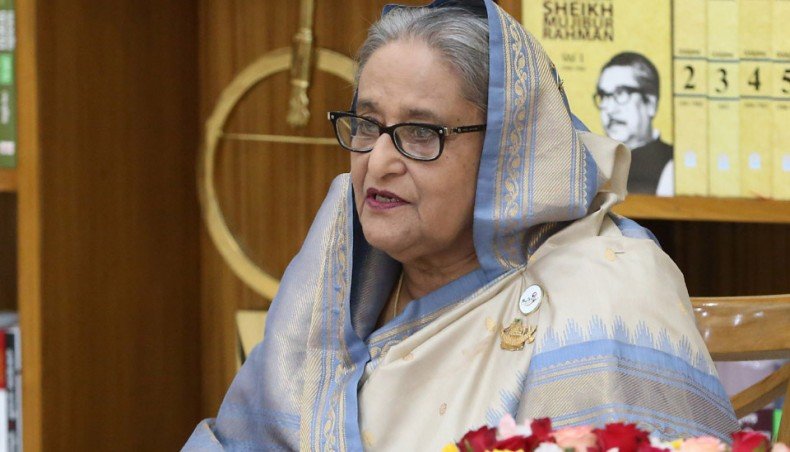 Prime Minister Sheikh Hasina inaugurated a number of development projects on Thursday (October 27, 2022), costing Tk 11,072 crores at the Payra Seaport to upgrade it to a facility of international standards. The development plans include major dredging of the port, the launch of eight ships, the first terminal, and the building of a bridge and a six-lane approach road.

A documentary about the Payra Port and the development projects was shown at the event. The Payra Port Authority is implementing these development plans, which will allow the port to operate at full capacity and expand the country’s foreign trade in ways that the entire country will profit from for a very long time.

The capital dredging of the seaport’s Rabnabad channel will make a 75-kilometre-long, 100-125-meter-wide, and 10.5-meter-deep channel. This will make it possible for the port to dock ships carrying 40,000 tons of cargo or 3,000 containers. The anticipated cost of the capital dredging channel is Tk 4,950 crores, and the dredging work will be done by the Belgian company Jan De Nul.

The eight vessels consist of two pilot boats, two heavy-duty speedboats, one buoy laying vessel, one survey boat, and two tugboats will be also commissioned for the port. According to the Shipping Ministry, these ships and vessels will aid the port authority in keeping track of foreign ships’ arrivals and departures as well as channel maintenance.

Once the first terminal, the six-lane highway, and the bridge are finished, three foreign ships carrying containers or bulk cargo will be able to dock at the Payra Seaport at the same time. The terminal will be built for Tk 4,500 crore and go into operation in December 2023.

The Roads and Highways Department (RHD) is building the 6.35km-long, six-lane approach road. The building would cost Tk 655 crore, and Spectra Engineers Limited has been tasked with carrying it out. In December 2023, the route will also be made accessible to vehicles.

A 1,180-meter-long bridge is being constructed over the Andharmanik river to help move goods from the Payra Seaport. Over the course of 2.5 years, the bridge’s construction will cost Tk 780 crore.

The significance of Payra Seaport

The prime minister gave a brief overview of the projects that have been started to improve the naval routes. She also said that once the steps taken are finished, Bangladesh’s economy will be more vibrant, stronger, and more developed. HPM Sheikh Hasina said,

“Payra port is the first project which is being developed with money taken from the Bangladesh Infrastructure Development Fund. In future also, we will use money from our reserve for various infrastructural projects.We have loaned the money to the Payra port at a very minimum service charge. Many might question why the reserve is being used, we are not amassing the reserve rather using it for the people, for buying food, for buying fertilizer,”

She stated that the government has been building roads, railways, airways, and waterways, but that the most important thing is to build the naval routes across the country so that goods can be moved for the least amount of money.  To maintain navigability, she emphasized that the naval routes must be dredged annually.

According to Sheikh Hasina, the government wants to link the seaport to north Bengal and to Bhutan as well as Assam in India. In this regard, she stated that her government has previously given permission for India, Nepal, and Bhutan to utilize the seaports of Mongla and Chattogram.

Following the footsteps of Bangabandhu

Prime Minister Hasina claimed that following in the footsteps of Bangabandhu Sheikh Mujibur Rahman, the Father of the Nation, she had taken every action after gaining office. She said that Bangabandhu predicted that Bangladesh’s strategic geographic location would lead to the country’s rapid economic and social development.

The Payra Seaport developments are one of them. Sheikh Hasina pointed out many challenged the viability of the project. However, on November 19, 2013, the prime minister officially opened the Payra Seaport, and since then, 236 seagoing ships have docked there, bringing in a total of Tk548 crore in income.