Food for everyone stressed as PM wants end to war, food politics 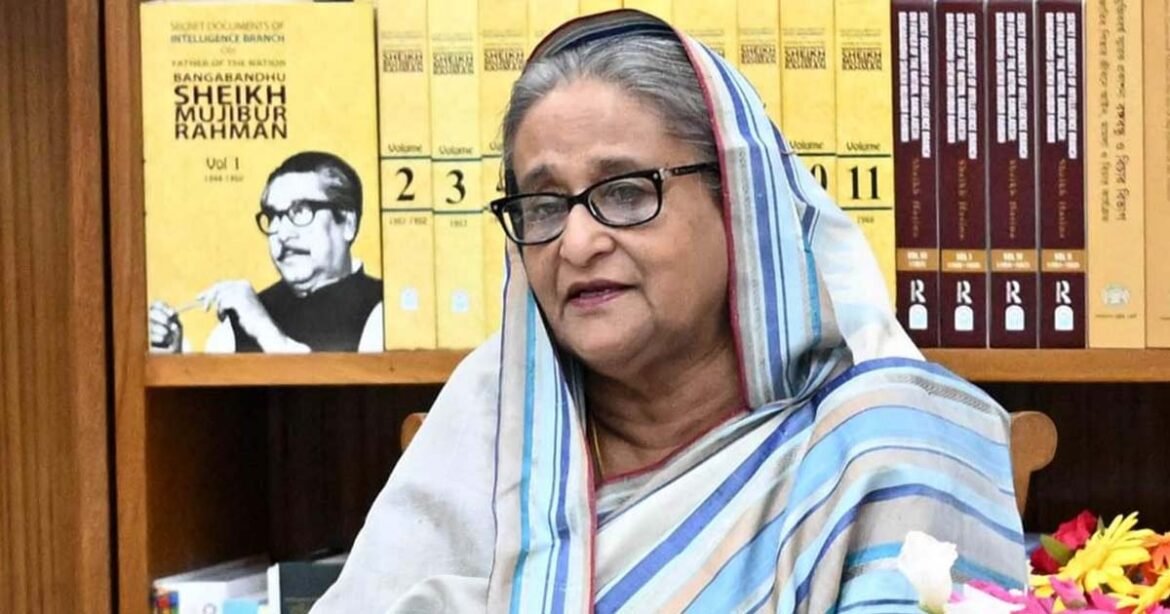 Prime Minister Sheikh Hasina has asked the international community to put an end to war and food politics and provide food for everyone as more than 800 million people around the world go to bed hungry. This situation, as she said, is getting worse as a result of the Russia-Ukraine war.

There was ‘no dearth of food in world,’she said during the opening session of the World Food Forum 2022, which was hosted by the Food and Agriculture Organization of the UN. “The scarcity is simply manmade. Politics and business interests with food, challenges of climate change, and pest and disease attacks are all putting pressure on ouragri-food systems,” she observed.

The PM from her official residence Ganabhabanon Tuesday addressed the opening session of the FAO (Food and Agriculture Organization) World Food Forum-2022 held in Rome, Italy. She said, “I plead to the international community to stop war, stop politics with food, and stop wastage of food. Instead, please ensure food supply to areas of food shortage, and famine. As human beings, we must believe everyone has the right to survive with food and have a decent life.”

She expressed her satisfaction at being able to participate online in the meeting and said that it was happening at a time when the global food system was being thrown off by the Russia-Ukraine war, sanctions and counter-sanctions, the Covid-19 pandemic, and droughts in Africa, South Asia, and the Middle East.

“I hope, it will foster dialogue among key stakeholders to advance important solutions for agri-food system transformation,” she stated.

The PM said that if even a small amount of the money spent on making weapons was spent on making and distributing food, no one would go hungry in this world. She also said that over 800 million people, or 10% of the world’s population, often go to bed hungry, and that the situation has turned worse as a result of the Ukraine-Russia war, as well as the sanctions and countersanctions that followed, which has also hampered global food supplies and increased the price of food.

PM Sheikh Hasina also pitched Bangladesh as a great investment destination. She stated in the forum that Bangladesh has good potential for the agro-processing sectors.

She said, “Our policies are liberal and laws conducive to investment, this includes fiscal policies related to FDI, tax benefits, incentives for exports, and other inputs as technology and competitive labor. Bangladesh has good potentials for agro-processing industries. I would especially like to invite foreign investors to invest in this agro-sector.”

She recalled the period when Bangladesh was founded during a brutal war in 1971 that caused a severe food shortage in the nation. According to her, “The Father of the Nation Bangabandhu Sheikh Mujibur Rahman, who led the impoverished Bengali people to the war of liberation, saw the catastrophe facing the new nation and immediately concentrated on increasing food production.”

She explained that one-fifth of Bangabandhu’s development budget was set aside for agricultural development in response to his call for a Green Revolution to help economically liberate the farmers and the working class.

Revisiting her days in power, she said, “When I assumed office, there was 4 million tonnes of rice shortage, and when I left office at the end of my first tenure, there was a surplus of 2.6 million tonnes of rice. In my present tenure, we have again made remarkable progress in rice production. Total rice production was increased to 38 million metric tons last year from 28.9 million metric tonnes in 2008.”

She said that mechanization, promoting new technologies, giving farmers subsidized farm tools, and giving more than 20 million farmers their own bank accounts were the main ways her government did this.”These cardholders are given loans directly in their bank accounts for crop production and subsidies for agricultural inputs. Also, our central bank adopted an agricultural and rural credit policy for investment in agriculture. Thus, in the period 2020-2021, over $2 billion loan was provided to 2.25 million small and marginal farmers.”

In addition, PM Hasinastated that 499 Agricultural Information and Communication Centers were developed across the nation to answer the immediate requirements of farmers. She also said that plans have been made to make agriculture-related information available through mobile and web-based applications. She further added that a website called “KrishiBatayon” had been made so that farmers could easily find information and services about agriculture. However, the PM claimed that despite everything, the agriculture sector in Bangladesh was still facing difficulties from natural disasters and climate change.

She noted, “We are working in six thematic areas to achieve agriculture, food security and nutrition. First- agricultural research and development; Second- supply of agricultural inputs; Third- agricultural expansion; Fourth- efficient use of water for irrigation; Fifth- tackling the effects of climate change and sixth- institutional capacity building and human resource development”. She also mentioned that her government is taking every step keeping these issues in mind.

Sheikh Hasina asserted that in addition to agricultural goods, Bangladesh has been successful in raising production of vegetables, seafood, and other agro-based goods, the majority of which are exported. “Bangladesh is currently ranked first among the eleven nations that produce Hilsa fish, second in the world for both jute and fresh water fish, third for rice and vegetables, and fourth for tea,” she pointed.

The PM also emphasisedon FAO’s assistance in supporting Bangladesh in moving from a food-deficit to a food-sufficient nation. She stated, “I hope FAO will continue to do so, especially in the areas of agro-food system transformation, nutrition and livelihood of small holder farmers.”

The PM expressed her wish for a future free from hunger and poverty. She emphasisedon the need for air-conditioned storage, saying that if a disaster damages our production, we must all be alert so that we can make the most use of the food that has been stored. “We must put more effort towards producing goods like edible oil, corn, and wheat that we must import,” she added.

Today is the 14th death anniversary of Freedom...