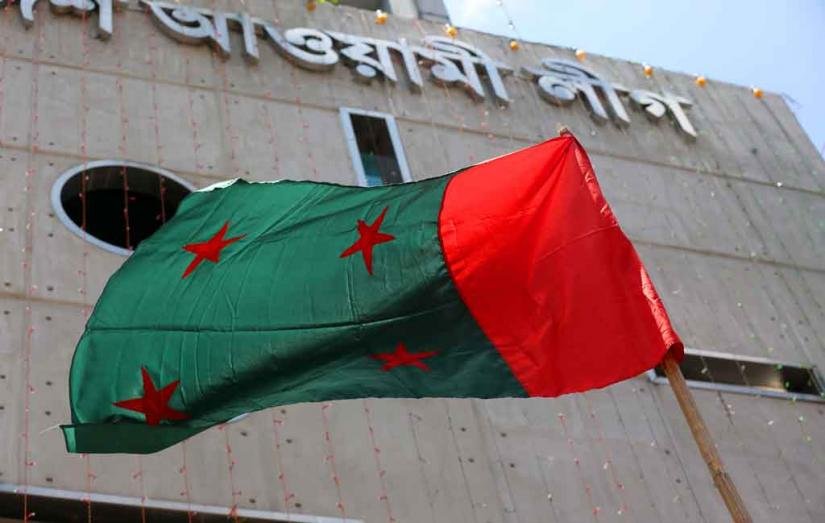 A meeting of the central executive committee of ruling Awami League is scheduled to be held today. This is likely to be the last meeting of the current committee before the party’s 22nd national convention in next December.

Many important decisions including setting the date of the next conference can come from this meeting. Various sub-committees may be formed for the preparation of the ensuing national council.

Apart from this, the schedule of the council of Dhaka North and South Awami League, and expired affiliates and associate organisations may also be finalised in the meeting. In addition, there will be a detailed discussion on the strategies of the opposition and their own programmes ahead of the 12th National Parliamentary elections.

ALSO, YOU CAN READ: CAN JATIYA PARTY BECOME CATALYST IN MAKING POLITICS VIBRANT?

The meeting will begin today at 4 pm at Ganabhaban, the official residence of the Prime Minister, who is also the ruling party president. The leaders invited to the meeting have already been given a letter to attend the Ganabhaban meet duly following the hygiene rules.

What topics will dominate meeting proceedings?

Awami League leaders say that in this meeting, along with setting the date of the national conference, the party president and Prime Minister Sheikh Hasina can form the council preparation committee, and also office, publicity and publication, volunteers and disciplinary, stage and decoration, constitution, cultural, food and health subcommittee. Usually Dhaka North and South Awami League Council is held before the national council. Last time also, their council was held on the same stage with Awami League. This time also before the national conference of Awami League, the party president can give instructions in the meeting regarding the conference of Dhaka North and South.

In the meeting, if party president Prime Minister Sheikh Hasina gives permission, the departmental responsible leaders will be able to present the overall situation of the organisation up to the grassroots level including the division, district and upazila, and will ask for guidance on various issues. Besides, there can be a detailed discussion about the socio-economic situation of the country in the current situation. The party president will give guidance to the leaders and workers about how the global crisis caused by Covid and Ukraine-Russia war will affect the country and what to do about it. Besides, Awami League’s day-based program will be finalised in the party’s Executive meeting throughout November and December.

Several affiliated organisations of Awami League are currently expired. Among them, Mahila Awami League, Jubo Mahila League and Chhatra League have already been given instructions over the council. In the meeting, instructions may come about the conference of these three organisations and other allied organisations. Several leaders of the party have been sent show-cause notices and recommended expulsion from the grasroot level for various reasons including local government elections.

According to a party source, this issue may also come up for discussion in Friday’s meeting. According to party sources, Awami League is working with the aim of finishing the root level conference before the national conference. District-Upzilla Awami League meetings are being held every day. Also, the work of forming committees is going on.

What are the party leaders saying?

In this regard, Advocate Jahangir Kabir Nanak, presidium member of the Awami League, said, “The meeting of the executive committee of the Awami League will be held on October 28. There will be a detailed discussion on various issues, including the date of our national conference. Besides, the conference of the affiliated organisations of the party whose terms have expired will also have to be held. Besides, various contemporary political and social issues will be discussed.” “We have an eye on the program of the opposition parties. Awami League will also have a program, it is not a reciprocal program,” he added.

On the same issue, Awami League’s science and technology affairs secretary Engineer Abdus Sabur said, “Everyone is waiting for the leader’s decision regarding the conference of the Awami League and its affiliated organisations. The leader may come to an important decision in this regard. As a result, there is an interest and enthusiasm among the party leaders and workers across the country.”

Politics in the country has started to heat up ahead of the upcoming national elections. The opposition Bangladesh Nationalist Party (BNP) is staging a big showdown through their divisional rallies. Awami League leaders have already said that they do not want to go directly to any counter programme to avoid unstable situation in the country. For now, they want to keep the political field under control through their own party programmes.

The leaders will seek the necessary guidance from the party president in this executive committee meeting. According to political analysts, this meeting of Awami League is going to be very important in the current political context of the country, and given the programme of BNP. This meeting will play a significant role in determining the future of political course.

“No one can stop Bangladesh’s advancement,” PM at...