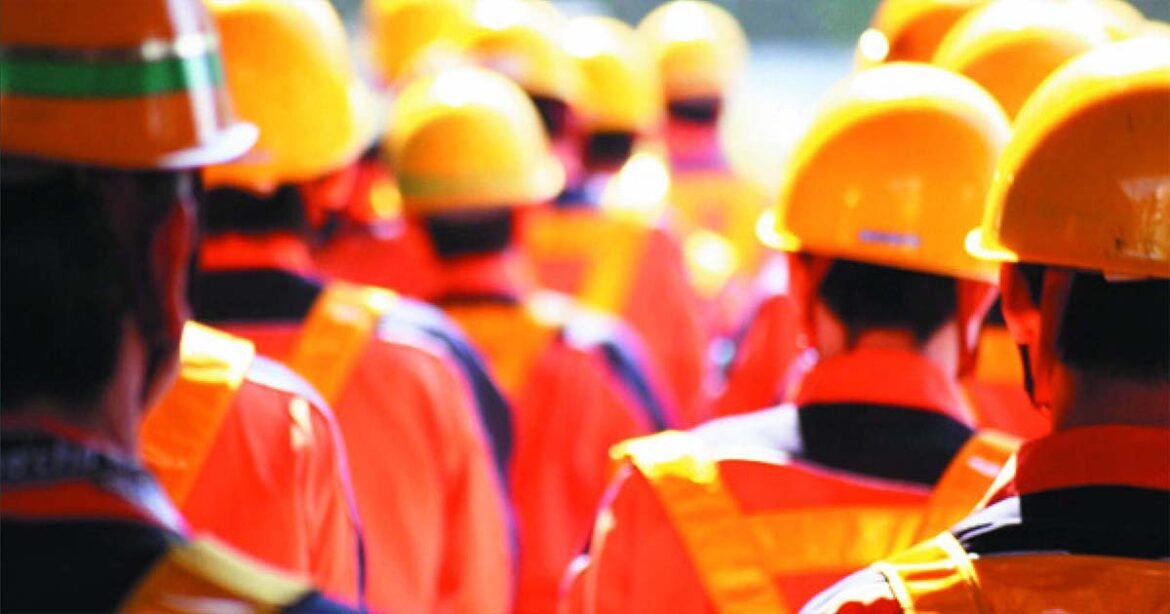 Bangladesh experienced a boom in manpower export due to the reopening of Malaysian labour market and increasing global demand for manpower; a development that bodes well for Bangladesh as it could pave the way for higher remittance earnings. But in order to get the maximum benefits from this, Bangladesh needs to increase its vigilance on several issues. A question is now being raised in the public mind, can Bangladesh make the most of this opportunity by maintaining the progress of this development?

The manpower export of Bangladesh has immensely increased this year compared to the last year, and it is expected to expedite further as the outward flow of migration workers accumulating rapidly due to the reopening of Malaysian labour market. It may be a purple patch for Bangladesh as economists forecast the country’s remittance will grow further due to this. In July- the first month of the current fiscal year, $2.09 billion in remittances came through the banking channel, the highest in the last 14 months.

YOU CAN ALSO READ: CAPACITY ENHANCEMENT KEY AS PASSPORT SERVICES REMAIN IN SHAMBLES

Prior to this, according to the Bureau of Manpower Employment and Training (BMET), between January and April 2022, manpower exports increased by 226 percent over the same period last year. Approximately 8 lakh migrant workers went abroad in the first 10 months of the recently ended 2021-22 fiscal year, comfortably exceeding the numbers a year ago. Greater flow of money transmission from the migrant workers is surely going to be significant in the upcoming months as unusually high imports against moderate exports have created an exchange-rate volatility in Bangladesh amid costly commodities in the global markets.

Facts from the state-run bureau on manpower, BMET showed that 7.99 lakh migrant workers moved to other countries in search of jobs between April and July. It is far greater than 2.8 lakh workers who went overseas in the previous fiscal year and the highest in the last four years. Previously, the 2020-21 fiscal year saw a drastic drop in overseas employment as most economies enforced lockdowns to limit the waves of the Covid pandemic. However, a large number of workers are going abroad in this fiscal year as global economies have reopened thanks to the improving pandemic situation. But, Bangladesh might have to wait for some time to get maximum benefit from the higher migration, say experts.

SM Zillur Rahman, former Director of Dhaka Chamber of Commerce and Industry (DCCI) said, “At present, Bangladesh can export about 12-13 lakh workers abroad every year. It may be mentioned that in 2018 and 2019; 7.34 lakh workers and 7.11 lakh workers went abroad for work from Bangladesh respectively. This data illuminates the huge progress Bangladesh is making and the potential the country can achieve in terms of labour migration.”

Meanwhile, the Malaysian government is expected to employ about 6 lakh foreign workers this year. In this regard, Zillur Rahman said that Bangladesh is working to export the highest number of workers to Malaysia than before as the country wishes to take full benefit from the reopening of the Malaysian labour market. Moreover, Minister for Expatriates’ Welfare and Overseas Employment Imran Ahmed recently said that the Malaysian government has opened the labour market after three years and the Bangladesh government will maintain complete

transparency in sending workers to the South-East Asian country. No syndicate will be allowed to send workers to Malaysia as the Bangladesh government is committed to keeping migration costs to a minimum in compliance with the International Labour Organization (ILO) convention. Between 1976 and 2021, Bangladesh sent a total of 10.57 lakh workers to Malaysia. In 2018, 1.76 lakh workers left the country for Malaysia. But in 2019, 2020 and 2021, the number fell to only 545, 125 and 24 respectively due to the pandemic. Nevertheless, the situation to turn better for Bangladesh. Within the next month, it will be possible to send a good number of workers from Bangladesh to Malaysia, said Malaysian National Chamber of Commerce and Industry (NCCI) Vice President Halim Bin Hussain. In a recent meeting with the Bangladesh-Malaysia Chamber of Commerce and Industries (BMCCI) on July 25, he expressed such optimism. He said, “Besides my other work, I am here to find out the main reason for delaying manpower export to Malaysia from here. Based on my findings, I will

have a meeting with our Prime Minister Ismail Sabri Yaakob at the end of this month to make the process faster.” “While Malaysia is facing a severe crisis of manpower, in the last six months only 50 to 56 workers were sent from Bangladesh. However, our Prime Minister is cordial to take many workers within a very short time,” Hussain added.

3. SOME ISSUES NEED TO BE SOLVED

According to a member of the Bangladesh Association of International Recruiting Agency, the government should plan to increase manpower exports abroad as the outbreak of pandemic situation improved and the labour market in many countries has opened up. To that end, sending workers from Bangladesh to Malaysia was set to start in June. However, it is not yet certain whether the syndicate will have the opportunity to send workers or the workers will be migrated in an open manner. Ali Haider Chowdhury, former secretary general of the organisation added that the UAE has opened its labour market to Bangladeshis and the export of manpower to this Gulf market could reach 50,000 next year.

After a four-year hiatus, Malaysia signed a memorandum of understanding to hire workers from Bangladesh in December last year, but it remains to be seen how it will be done. In January, Malaysia selected 25 recruiting agencies from Bangladesh and informed Bangladesh, but Bangladesh objected. Bangladesh took a stand in favour of sending workers in an open manner without sending them through a syndicate. It was in this context that Malaysian Human Resources Minister Datuk Seri M Saravanan arrived in Dhaka on June 2 and held a meeting with Bangladesh’s Expatriates’ Welfare Minister Imran Ahmed. After the meeting, the Minister Imran Ahmed said, “Bangladesh will start sending workers to Malaysia from June.

In the next five years they will take five lakh workers from here. We hope to send two lakh workers in the first year.”

“Their minimum salary will be 1500 Malaysian Ringgit per month and the migration cost will be less than Tk 1.6 lakh,” he added. On the other hand, Malaysian Human Resources Minister Datuk Seri said, “We will go to Malaysia and decide on the issue whether employees will be hired in a syndicated or open manner. Our cabinet will decide on that.”

A list of 1520 Bangladeshi recruiting agents was handed over to Malaysia at a meeting of the Joint Working Group on Manpower Export between Bangladesh and Malaysia on June 2. Bangladesh’s Expatriates’ Welfare Minister said, “From this list, Malaysia will decide who they will allow to export manpower there.”

Due to the higher migration, Bangladesh is likely to see an upturn in inward remittance in the near future despite global turmoil. Economists describe the high number of migrant workers living in various countries as the “main pillar” of Bangladesh’s remittance. Currently, about one crore Bangladeshi expatriates live in more than 160 countries.

Zahid Hussain, World Bank’s former lead economist said, “There is a growing trend in the number of migrant workers and it is unlikely that the number will drop in the days to come since global demand for low-skilled workers has increased as countries are rebounding from the pandemic.” He contemplates fresh Bangladeshi migrant workers may require five to eight months, depending on destinations, to begin saving. Then, he believes that boost will be apparent in outward remittances for Bangladesh.

Most of the new migrant workers heading to Saudi Arabia and the UAE are recruited under four to five categories including construction, cleaning, maintenance, and driving, said Shameem Ahmed Chowdhury Noman, a former secretary-general of the Bangladesh Association of International Recruiting Agencies. “Economic activities have accelerated in these host countries. So, it is a good sign that Bangladesh is sending a high number of migrant workers abroad amid the ongoing global crisis,” he said.

The Gulf Cooperation Council’s (GCC) economic growth will accelerate this year to a pace not seen in a decade, according to a Reuters poll of economists. The council comprises Saudi Arabia, Kuwait, the UAE, Qatar, Bahrain, and Oman. By sending high number of migrant workers in these countries Bangladesh will also be benefitted from their growth. Thus, concerns believe that higher migration will push up the remittance within six months in the country.

In the last month, Bangladesh gets $2.09 billion remittance through the banking channel, the highest in the last 14 months. The month’s remittance inflow registered a 17.56 percent growth compared to the corresponding month of the last fiscal year, according to the Bangladesh bank. Besides, the amount is 19.75 percent higher than June’s $1.83 billion. In July last year, the country welcomed $1.87 billion from Bangladeshi nationals abroad. Data also showed that Bangladeshi expats sent $2.59 billion back home in July 2020. Regarding this growth, Zahid Hussain, former lead economist of the World Bank’s Dhaka office said, “An increase in remittances is a good sign for our economy but now we have to see if it has increased permanently. We have to observe the remittance flow for the next two months. Now the challenge is whether this money will come through banking channels or through informal means. To bring all this money through the banking channel, the management of the dollar market must be fixed quickly.”

As everything is running and growing smoothly, there remains a thorn. Remittances slipped back into negative growth in fiscal year 2021-22 for the first time in the last six fiscal years as many remitters opted for the informal channels to send their money. According to data from Bangladesh Bank, the inflow stood at $21.03 billion in the financial year, a decrease of 15 percent year-on-year. But the positive part is that last fiscal year’s inflow was higher than that of fiscal year 2020-21 when the pandemic was largely present. Migrant workers had remitted $18.2 billion during the period.

Mustafizur Rahman, a distinguished fellow at the Centre for Policy Dialogue, said remittances inflow in the just concluded fiscal year should be considered as positive outcome. “We should not compare the last year’s inflow with that of the year before given the emergence of the pandemic,” he said. Rahman further said remittances might regain its tempo this fiscal year as manpower export has increased to a large extent in recent months. To end, Between April and July, migrant workers sent home $17.30 billion, growing at 16.2 percent year-on-year, a data from the Bangladesh Bank showed. The World Bank in its latest report said remittances in Bangladesh grew by 2.2 percent to $22 billion in 2021 and are anticipated to gain another 2 percent in 2022. Although there could be temporary concerns over Bangladesh’s remittance flow because of the UkraineRussia crisis, commodity price hikes, and higher

inflation globally; such worries are unlikely to persist long, economists believe. Shariful Hasan, head of BRAC migration programme, said the growth in migrant workers is positive for remittance and creating employment since nearly two million people enter the country’s job market each year. Referring to government data, he said, migrant workers from Bangladesh require nearly 18 months to recover the migration cost.” “Bangladesh could earn $25 billion to $30 billion in remittance annually by sending more skilled workers as fresh demand for foreign workers has been created in various countries in line with the recovery from the crisis,” he added.

Qatar to recruit Bangladeshi workers ahead of World...