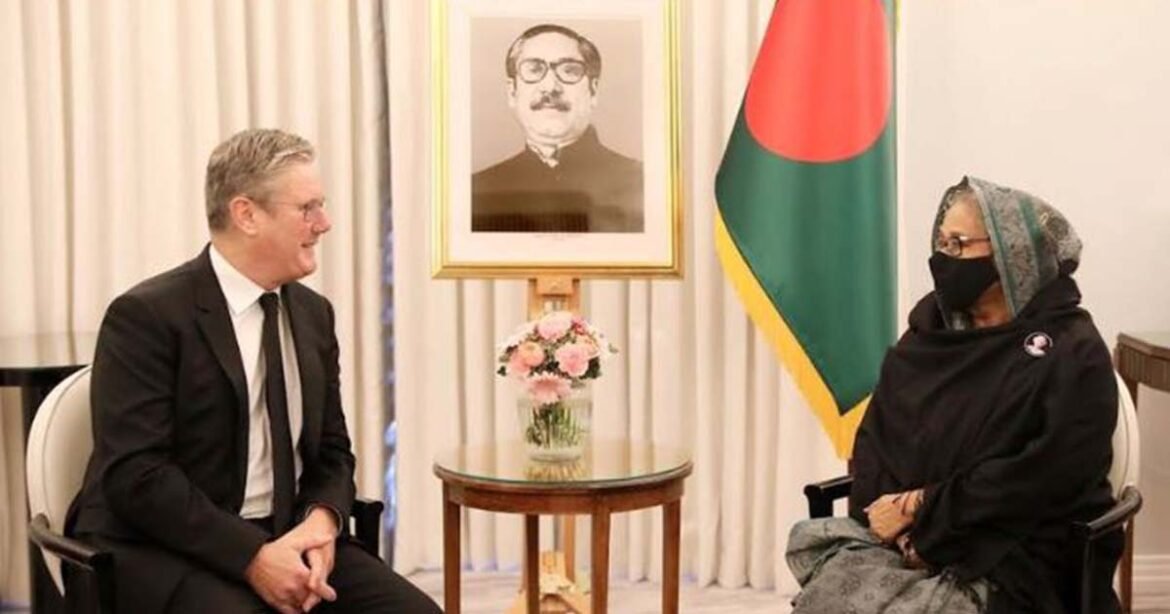 Britain’s Leader of the Opposition and Head of the Labour Party Sir Keir Starmer has said that ‘Bangladesh and the United Kingdom are bound by excellent ties and further reinforced by the British-Bangladesh diaspora’.

According to a UNB report based on a press release, he came up with the remarks during a meeting with visiting Bangladesh Prime Minister Sheikh Hasina on Saturday at the latter’s place of residence there.

The PM is in London on a four-day visit to attend the state funeral of Queen Elizabeth II.

During the talks, PM Sheikh Hasina reiterated her profound condolences at the Queen’s demise while Starmer thanked the PM for her tribute in memory of the Queen.

PM Hasina thanked the Labour leader for his messages on the occasions of Bangabandhu’s birth centenary and the golden jubilee of Bangladesh’s independence.

Sir Keir Starmer recalled his visit to Bangladesh in 2016 and his meeting with the PM at the time. Also, he expressed satisfaction at the growing number of people of Bangladesh origin being elected to offices from the Labour Party around the UK.

The Labour Party supremo noted that his party was working on promoting and nurturing young generation leaders that should attract more British-Bangladeshi youth.

Both the leaders talked about the impact of the war in Ukraine, particularly on the Global South.

The Bangladesh PM stressed the need for a negotiated settlement of the conflict to protect common people around the world from food, energy and financial insecurities.

Sheikh Hasina suggested reviewing whether the sanctions imposed in the wake of the war were having otherwise implications for people in the developing countries.

Both the parties exchanged views on the possible impacts on bilateral trade relations due to the ongoing inflationary pressures and cost-of-living crisis.

Head of the Labour Party said that they would continue advocating for the big retailers in the UK and the West to share the costs with the readymade garment (RMG) manufacturers.

She briefed the Labour Party leader about the growing burden on Bangladesh due to Rohingyas’ prolonged presence here.

The recent flare-up of Myanmar’s armed conflicts in close proximity to Bangladesh’s border also came up for discussion.

PM Hasina pointed out that Bangladesh was exercising utmost restraint despite spill-over effects of the conflicts inside its territory.

Later, Lord Swaraj Paul of Marylebone paid a courtesy call on the Premier. The veteran UK House of Lords member reiterated his admiration for the PM’s leadership.

Also, he expressed interest in further promoting business and education partnerships between the two countries.