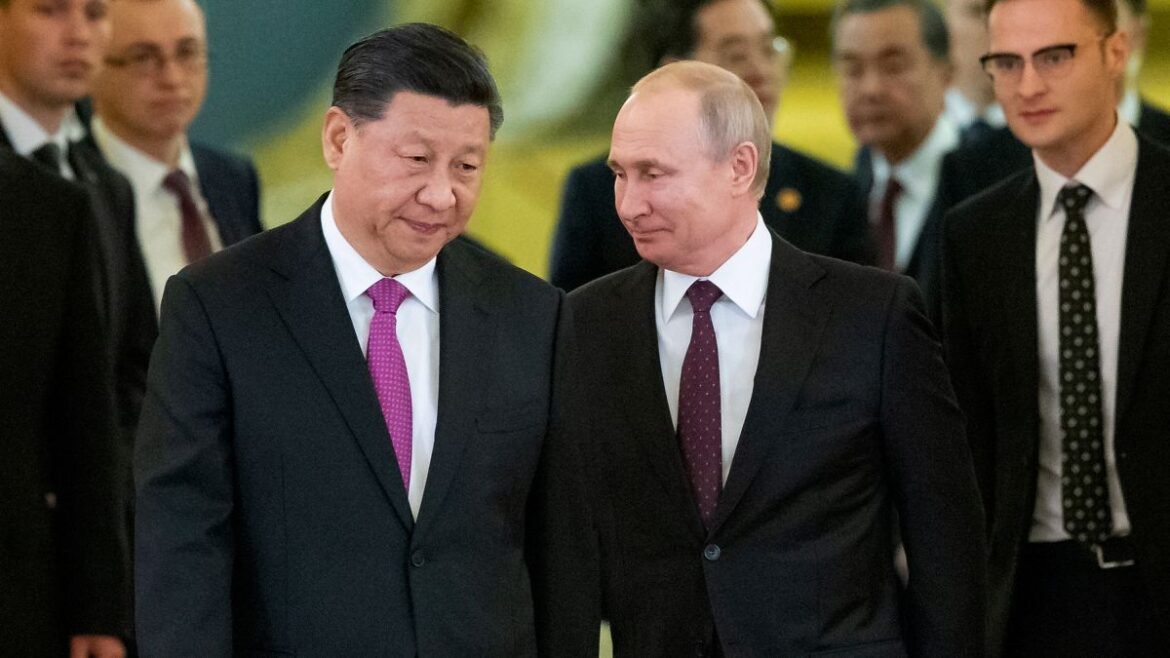 Chinese President Xi Jinping and Russian President Vladimir Putin will discuss vital issues like Ukraine and Taiwan conflict at a meeting in Uzbekistan, which Kremlin believes would have exceptional significance given the current geopolitical situation.

The two leaders are in Samarkand to join the meeting of the Shanghai Cooperation Organisation (SCO), a regional security group. The meeting between Xi and Putin will take place Thursday on the side-lines of the SCO’s summit in the ancient Silk Road city of Samarkand in Uzbekistan.

This particular meeting holds immense importance as the last time Xi Jinping and Vladimir Putin met face to face, they fruitfully declared the arrival of a “new era” in international affairs.

Amid the current Western diplomatic boycott of the Beijing Olympics and a looming crisis in Ukraine, the world’s two of the most powerful leaders are set to share their vision for a new world order that would prominently accommodate their nations’ interests, and no longer be dominated by the West.

During the summit, Vladimir Putin will also meet other political front-runners from India, Pakistan, Turkey and Iran, but his meeting with Chinese leader is of particular importance. Kremlin foreign policy spokesman Yuri Ushakov highlighted the matter.

Yuri said that the summit was taking place against the background of large-scale political changes around the globe. On the other hand, in order to attend the meeting, Xi Jinping has left China for the first time in more than two years, just a month before he is set to strengthen his position as the most powerful Chinese leader since Mao Tse Tung.

For a long time, China and Russia sought to position the SCO, founded in 2001 with four former Soviet Central Asian nations, as an alternative to Western multilateral alliances.

China did not agree to the international sanctions against Russia over Ukraine issue. Besides, trade between the two countries has continued to grow. Chinese imports of Russian oil also have soared since. On contrary, likewise Russia, China also has seen its relations with the West and especially the United States bitter in recent times following tensions over self-ruled Taiwan. Although, China claims the island as part of its territory. In the previous month, China staged a five-day military drill around the island in apparent response to US House Speaker Nancy Pelosi’s visit.

In this regard, experts say Xi Jinping’s decision to leave China after more than two years, despite significant domestic challenges including, lockdowns and dwindling economy, show his confidence over his leadership. Analysts also expect him to be re-elected for an unprecedented third term at the forthcoming Chinese Communist Party Congress in October.

A prompt capture of Ukraine would have given out an excruciating blow to the rival North Atlantic Treaty Organisation (NATO), expanded Russia’s influence, and significantly shifted the balance of power in Europe towards Russia. But, Ukraine fought back hardly and took back some of the territory controlled by Russia.

Meanwhile, Putin’s meeting with Xi could not have come at more crucial time as Russian forces are retreating from the northeast of Ukraine – thereby losing more territory in a week than they captured in five months. Thus, Russia will try to give a message to the world of their dominant presence by attending the meeting with another top world power.

Though it is still not the time to predict the final outcome, but even the prospect of Russia losing the war is enough to make China anxious. A Russian victory would have set an example in regards to China, which has vowed to unify with the self-governing democracy of Taiwan, and by force if necessary.

Under Xi Jinping’s rule, Beijing is already stepping up military activities around Taiwan. A swift win for Russia would deepen Xi Jinping’s belief that the Western power is in decline, and provide a template for an attack on Taiwan, an enormously far-reaching event that could reset the universal balance of power.