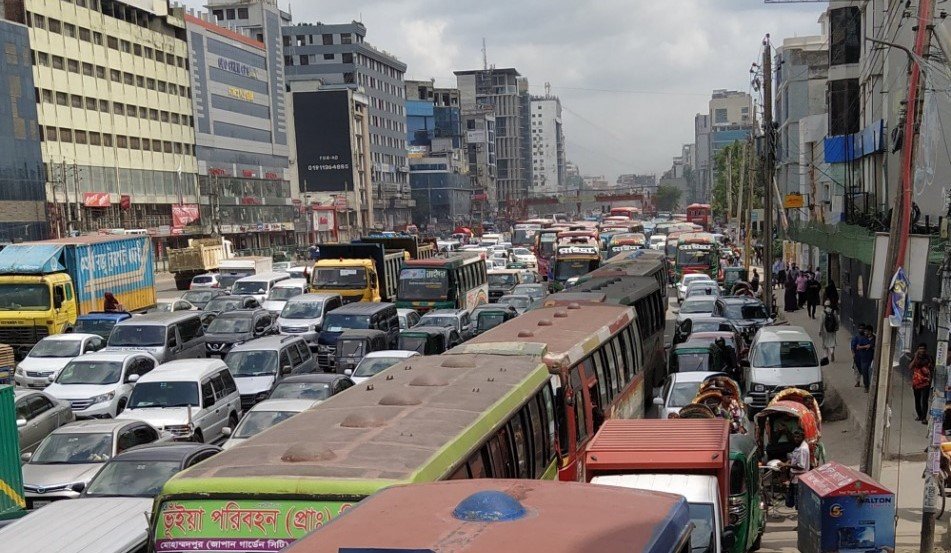 Dhaka commuters experienced a massive gridlock after a collision between a bus and a van in the capital’s Bijoy Sarani created a citywide massive traffic congestion since the morning.

The accident started a massive roadblock that speeded all over Dhaka within hours. The incident approximately occurred around 7:00am.

The heavy traffic clogged areas from Uttara to Mohakhali and from Agargaon to Bijoy Sarani. Some areas in Mirpur, Banglamotor and Tejgaon also experienced the nagging gridlock.

The office goers were the worst-hit among the commuters. Students and other people on the go had to face the difficulties too.

A senior traffic officer of the Dhaka Metropolitan Police (DMP), however, said two vehicles crashed into each other – leading to jams across the capital.