US wants to be a part of Bangladesh’s success story 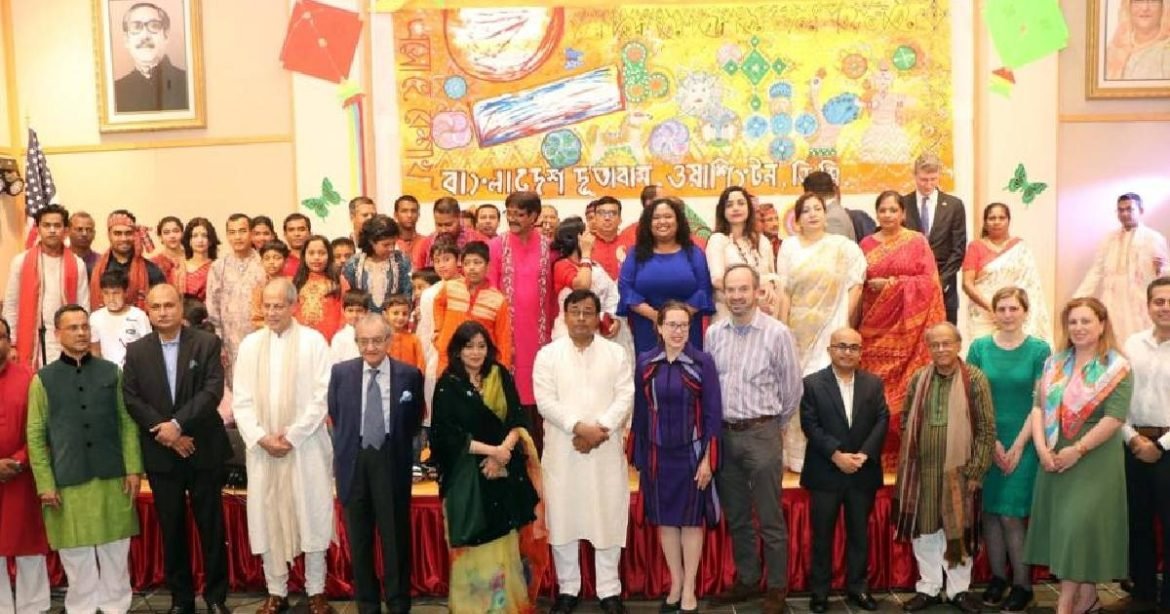 Ambassador Kelly Keiderling highly appreciated the tremendous socioeconomic development Bangladesh has achieved in the span of a generation. Millions of Bangladeshis came out of poverty and the country now has entered into the middle income category, she added.

The Embassy of Bangladesh in Washington, celebrated the Bangla Nobobarsha (Bengali New Year) -1429 and Eid reunion on Friday with much enthusiasm and fanfare, said the Embassy in a message on May 15. Kelly Keiderling joined the event as the guest of honour. The key attraction of the program was a spectacular cultural show which highlighted some distinct aspects of celebration of Bangla New Year and Eid-ul-Fitr.

Illustraring the history of Bangla New Year celebration, Bangladesh Ambassador Shahidul Islam highlighted that Pahela Baishakh is an integral part of Bengali culture and tradition, and the most universal festival of the nation. “Eid-ul-Fitr is the largest religious festival for the Muslim majority population, reminding them of the virtues of self-purification, compassion and charity,” he added. He noted that these two festivals are to celebrate the foundational values of the War of Independence, where people from all religious, racial and ethnic backgrounds would live in peace and harmony, as envisioned by our Father of the Nation Bangabandhu Sheikh Mujibur Rahman.

Four US State Department Officers recited poems and rhymes in Bangla in the cultural function which ended with performing of songs by noted Bangladeshi singer Anila Chowdhury. As part of the celebration, a “Mangal Shobhajatra” was brought out from the chancery premises. The traditional procession ended at the same place after parading the nearby street of the Embassy. Traditional Bangladeshi food items were served at the end of the programme which was highly appreciated by the foreign guests.

Train service through Padma Bridge to open in 2023