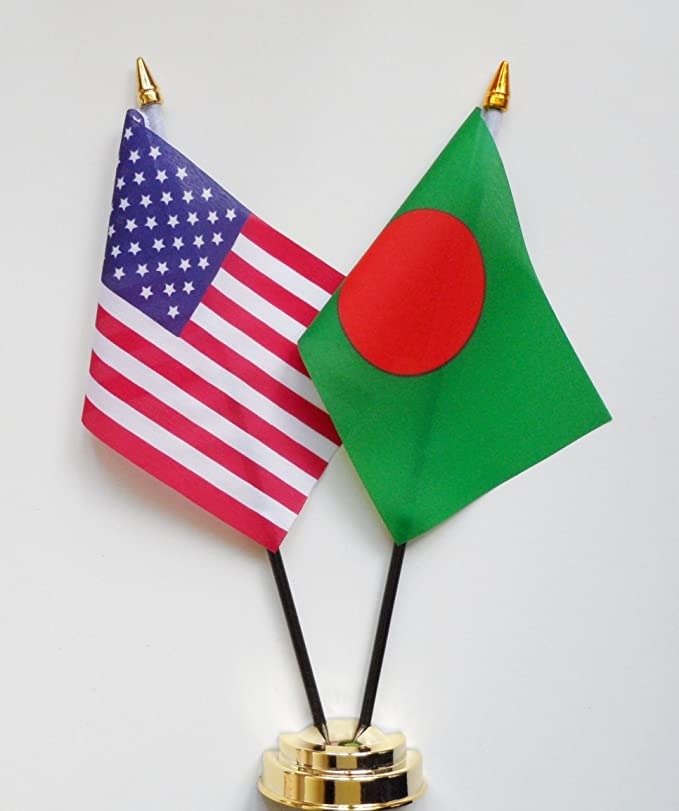 Bangladesh will seek expanded and diversified cooperation from the United States and demand over the withdrawal of sanctions imposed on RAB as the minister-level bilateral meeting between the two countries is set to take place in Washington on 4th April.

Foreign Minister Dr AK Abdul Momen left Dhaka for Washington on 2nd April to join the bilateral meeting with his US counterpart Antony Blinken on the occasion of 50th anniversary of the establishment of diplomatic relations between the countries.

Restating that RAB members are very efficient and effective; by far they are free from corruption and there should be an affirmative response from the US side while demanding the withdrawal of sanctions over RAB, FM said, “We’ll raise it.”

Terming Bangladesh a peaceful and peace-loving country, Dr Momen said, “Bangladesh is less interested in defence procurement from the US but wants to participate in those areas that ensure people’s welfare.”

During the recent visit of US Under-Secretary of State for Political Affairs Victoria Nuland, the US side shared a draft on the General Security of Military Information Agreement (GSOMIA) which is seen as a gateway to do more on the security front.

“We’re very confident that we’ll be able to get the issue settled so that we can do more on the security-side together.” Nuland said on her visit to Dhaka. Nuland also indicated the two countries would be involved in a series of arrangements this year and pronounced the partnership dialogue as the appetizer of a very big feast that they are going to have this year.

The United States is persevering to conclude certain foundational defence agreements with Bangladesh in the upcoming minister-level meeting such as, GSOMIA and Acquisition and Cross Servicing Agreement (ACSA), which are essential for enabling a closer bilateral defence relationship, expanding opportunities for defence trade, information sharing, and military-to-military cooperation between the two countries.

FM Momen said on the security agreements, “We’ve neither dropped those proposals, nor accepted. We’re still examining, Bangladesh is a very peaceful country with friendly relations with all its neighbours and does not want to create any armoury as the country does not need it.”

The Foreign Minister reiterated that Prime Minister Sheikh Hasina never surrenders to any pressure and she does things which ensure people’s well-being.

FM said, “We understand that arms sale is a big business for the USA,” but suggested that the two countries can explore other areas except this issue.

He said there are many new areas of cooperation like; technology transfer, pharmaceuticals, blue economy, food security and climate change, etc. where the United States can come forward. And, we’re willing to diversify our trade and investment with the United States. Bangladesh will happily invite US investments in special economic zones and hi-tech parks.”

Among other issues, the Foreign Minister said that Rohingya issue will also come up in the discussion. Issues related to the Indo-Pacific Strategy are also likely to be discussed during Foreign Minister’s visit.

At US President Biden’s direction, US Ambassador to Bangladesh Peter Haas said that they are developing a comprehensive Indo-Pacific Economic Framework, which will include shared objectives in key areas like; climate and clean energy, trade facilitation, resilient supply chains, and digital economy.

“We look forward to working on these issues with the people and the government of Bangladesh in coming months,” the Ambassador said.