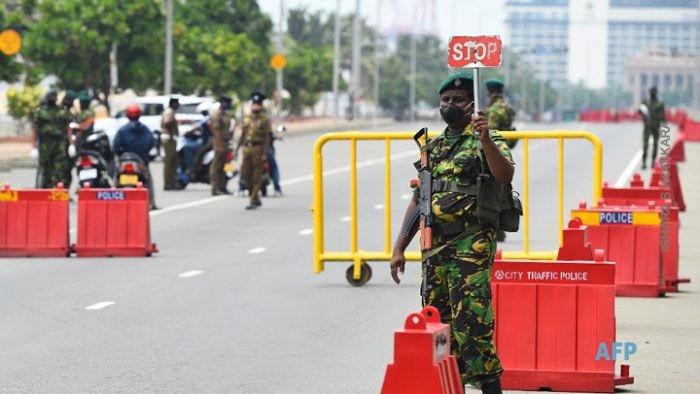 Sri Lanka has declared countrywide curfew until 6:00am of 4th April as the country has been facing a severe power crisis amid rising inflation.

Rajapaksa said the emergency was declared in the interests of public security, protection of public order and the maintenance of supplies and services essential to the life of the community.

The stringent restrictions are aimed at preventing new protests, after crowds were accused of setting vehicles ablaze near the Sri Lankan President’s private residence on 31st March.

In the consequence, Sri Lankan President Gotabaya Rajapaksa issued a notice prohibiting anyone from being on any public road, parks, and trains etc. unless they have written permission from the authorities.

Sri Lanka’s government has also blocked access to the social media sites including Facebook, Twitter, Instagram and WhatsApp. Mobile phone users received a message saying this was “as directed by the Telecommunications Regulatory Commission”.

The island nation is in the midst of a major economic crisis. It is caused in part by a lack of foreign currency, which is used to pay for fuel imports.

Faced with power cuts lasting half a day or more, and a lack of fuel and essential food and medicines, public anger has reached a new high and people came out protesting.