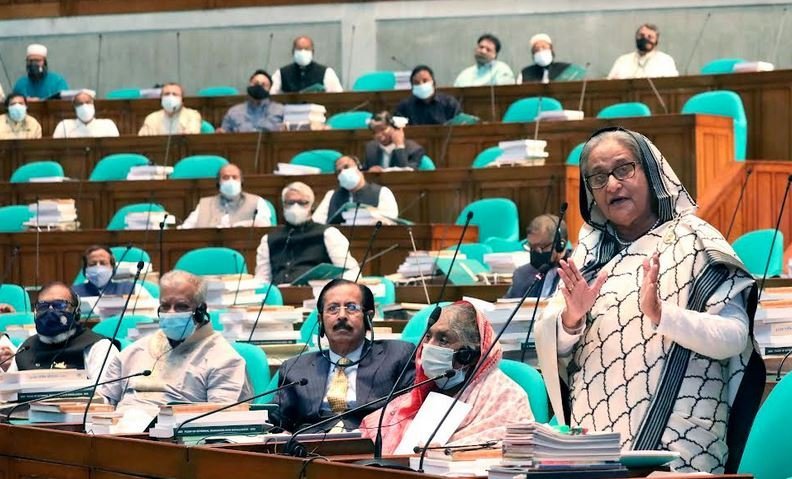 While addressing in the Parliament, Prime Minister Sheikh Hasina has recalled Russia’s stand with Bangladesh during the latter’s War of Independence in 1971 and said they stood beside this country in the Liberation War and this country will also be standing beside them.

Replying to a question on Bangladesh’s abstention from voting over Russia-Ukraine issue on the first proposal, and voting for Ukraine in UN resolution on the second time, the PM today said, “When the first proposal was tabled in the UNGA, Bangladesh found that there was no issue of human rights, no initiative of stopping the war and no other issues rather only voting against a country which is Russia. After seeing it, I decided not to vote, Russia is our ally. They stood beside us when the 7th fleet was sent towards Pakistan during the War of Liberation in 1971. Russia stood by us in our bad time and we will surely be beside Russia, but if they do anything unjustified, then we won’t accept that.”

Questioning why a single country would be condemned PM said, “The war didn’t begin automatically; rather there might be someone who provoked and forced to begin the war. In this context, we abstained from voting against one country.”

PM Sheikh Hasina said this during the question and answer session scheduled for the Prime Minister in the Jatiya Sangsad session on 30th March.