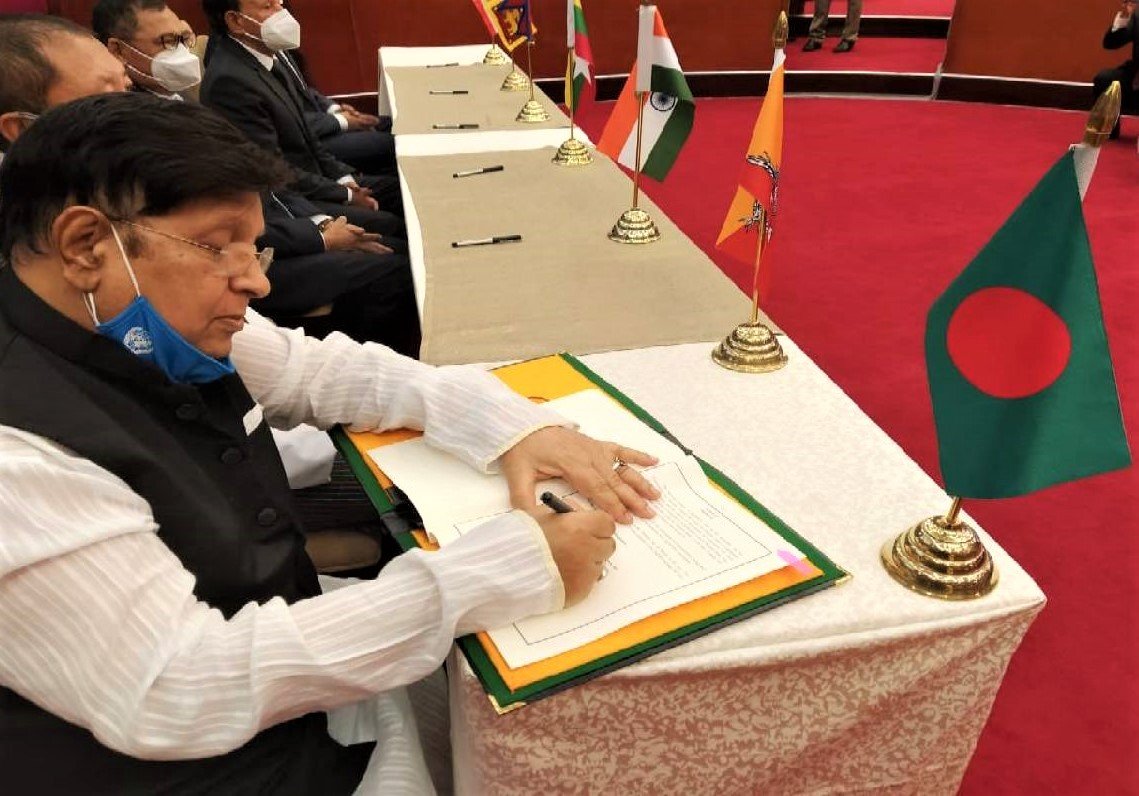 Bay of Bengal Initiative for Multi-Sectoral Technical and Economic Cooperation (BIMSTEC) leaders today (on 30th March) signed the BIMSTEC Charter at the 5th Summit held in Sri Lankan capital city Colombo placing the organization’s activities on a more structured and rule based platform.

A Memorandum of Association (MoA) on the Establishment of BIMSTEC Technology Transfer Facility (TTF) in Colombo, Sri Lanka was signed by Ministers of Foreign Affairs or the nominated signatories of the BIMSTEC Member States.

BIMSTEC Convention on mutual legal assistance in criminal matters was signed by the Ministers of Foreign Affairs, Minister of Justice or the nominated signatories of the BIMSTEC Member States.

Later, a declaration of the 5th BIMSTEC Summit was adopted.

Thailand has taken over the chairmanship of the BIMSTEC after conclusion of the 5th BIMSTEC Summit.