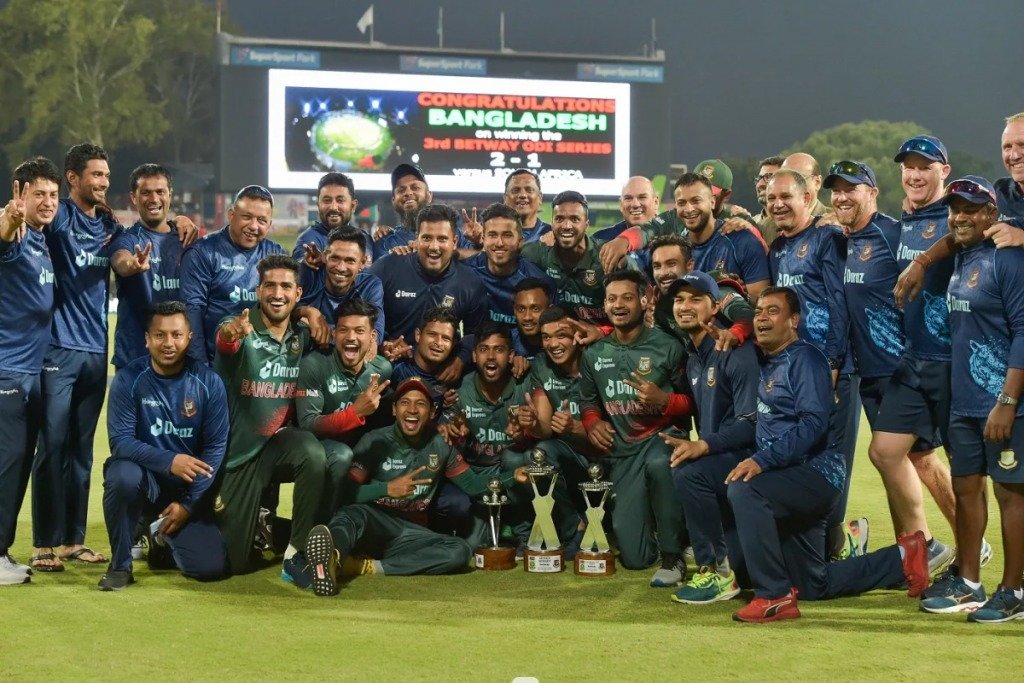 The Bangladesh cricket team has risen to number six position in the ICC ODI cricket rankings, topping Pakistan. Pakistan is now down to number seven. The recent one-day series win in South Africa has brought this success to the Tigers.

Tamim Iqbal’s team is now preparing for the Test series after beating South Africa 2-1 to win the ODI series. Bangladesh’s ODI rating points are now 93. The same of Pakistan. However, Babar Azam’s team has dropped to number seven due to falling behind by a fraction.

Defeat in the first of a three-match ODI series against Australia has pushed Pakistan backwards. Therefore, how long the Bangladesh team will remain in the sixth position depends on the Pakistan-Australia ODI series.

If Pakistan wins even one of the three matches, they will again overtake Bangladesh and move up to number six. If they can’t win a single match, that is, if Australia whitewash Pakistan, then Tigers will remain at number six.