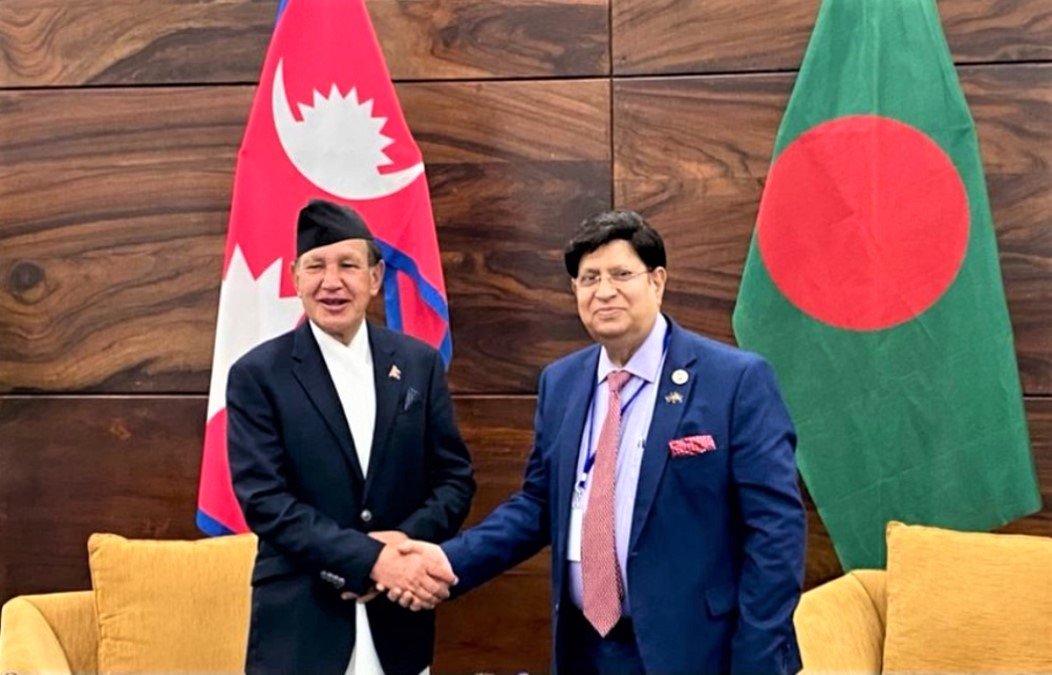 Bangladesh and Nepal have emphasised the inevitability of strengthening the bilateral relations between the two friendly nations including exchange of high-level visits as the two countries celebrate 50th anniversary of diplomatic relations.

Foreign Minister AK Abdul Momen had a bilateral meeting, discussing the major areas of cooperation with Nepal Foreign Minister Dr Narayan Khadka, on the side-lines of the BIMSTEC ministerial meeting in Sri Lanka on 29th March. In the 5th BIMSTEC, FM Momen led the Bangladesh delegation.

The two foreign ministers committed to work together for common modalities to adapt to the graduation from Least Developed Country (LDC) and also pledged to cooperate with each other in various regional and multilateral forums.

FM appreciated the unwavering support received from the people and political leadership of Nepal during the Liberation War of Bangladesh.

The Nepalese foreign minister appreciated the Bangladesh government for accommodating a large number of Nepalese students for various undergraduate and postgraduate courses.

Teaching values ​​to children through ‘Hasina and Friends’...