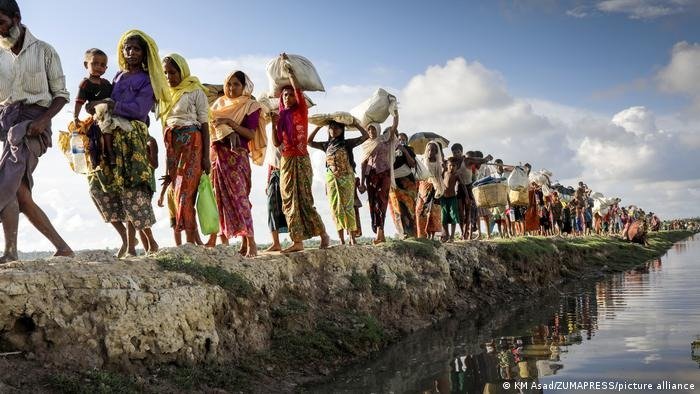 Bangladesh urged that the global community must not move away from their responsibility to resolve the Rohingya crisis and relieve the country from this burden.

In this context, State Minister for Foreign Affairs Md Shahriar Alam said, “Myanmar authorities are yet to demonstrate genuine political will to resolve the crisis.”

He made the statement during the virtual launching ceremony of the Joint Response Plan (JRP-2022) on 29th March.

State Minister said, “The expatriate people are not expected to return on their own unless a conducive environment in Rakhine state is created and building self-assurance among the Rohingya is done.

”Calling upon the international friends and development partners to leave no stone unturned to ensure that Myanmar shows political will and invest in creating a conducive environment in Rakhine with their increased presence in Rakhine, he said, “On our part, we remain ready to extend all kinds of support to any initiative towards the permanent solution to the crisis,”

Shahriar Alam expressed sincere appreciation to the international partners for their persistent humanitarian support to over one million forcibly displaced Myanmar nationals.

“The question that repeatedly strikes our minds is how long we would have to bear the burden and how the international community sustains this level of humanitarian support for such a big number of over one million population with around 30,000 new-borns being added each year,” he said.

“Rohingya themselves are keen to return to their homelands,” he said, adding that resolving this humanitarian crisis is a collective responsibility for the whole world as its implication goes beyond borders. Delaying this crucial problem jeopardises our collective security.

“The growing frustration over the lack of progress in repatriation lures many to get involved in criminal activities, and they are easy prey to extremist ideologies. This could potentially destabilise the entire region,” he added.