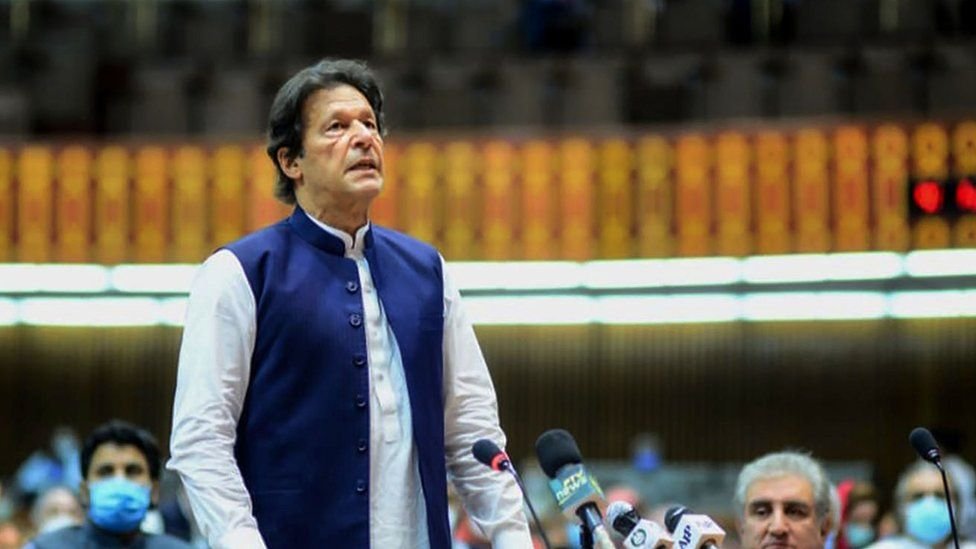 On 30th March, Pakistan’s beleaguered Prime Minister Imran Khan effectually lost majority in the Pakistan Parliament after a crucial partner of the ruling coalition joined the ranks of the opposition party, which has tabled a no-confidence motion against Imran Khan Government in the National Assembly.

The Muttahida Qaumi Movement – Pakistan (MQM-P), which was an important ally of the Pakistan Tehreek-e-Insaf-led coalition government of Imran Khan. With its seven members announced that it has parted ways with the government in a joint press conference Imran Khan’s position jeopardises.

Imran Khan needs 172 votes in the lower house of 342 to foil the Opposition’s bid to topple him. However, Maulana Fazlur Rehman, chief of Jamiat Ulema-i-Islama Fazl (JUI-F), said that the Opposition has the support of 175 lawmakers and the prime minister should resign.

It was also announced that Pakistan Muslim League-Nawaz (PML-N) president and Leader of the Opposition Shehbaz Sharif would become the next prime minister of the country after removal of 69-year-old Imran Khan.

“We want to make a new beginning for politics of tolerance and true democracy,” MQM-P chief Khalid Maqbool Siddiqui said. “I announce to support the opposition in the parliament,” he added.

Shehbaz Sharif said, “It was an important day as all opposition parties have joined together to address the problems faced by Pakistan. The premier, even if he is a selected one, should resign to set a new tradition.”

Bilawal also announced that Shehbaz Sharif will soon be elected as the next prime minister of Pakistan.

Another ally of the ruling coalition, the Balochistan Awami Party (BAP) with five members in the lower house had announced on 30th March that it had “accepted the opposition’s invitation” to vote against Imran Khan.

Addressing a mammoth rally in the national capital on 29th March, Imran Khan claimed that foreign powers were involved in a conspiracy to topple his coalition government. He pulled a document from his pocket to exhibit it for the charged crowd, saying it was the letter sent to threaten him.

To a question if Imran Khan would announce his resignation in his speech, Pakistan’s Interior Minister Sheikh Rashid said: “No way. He will fight till the last ball.”