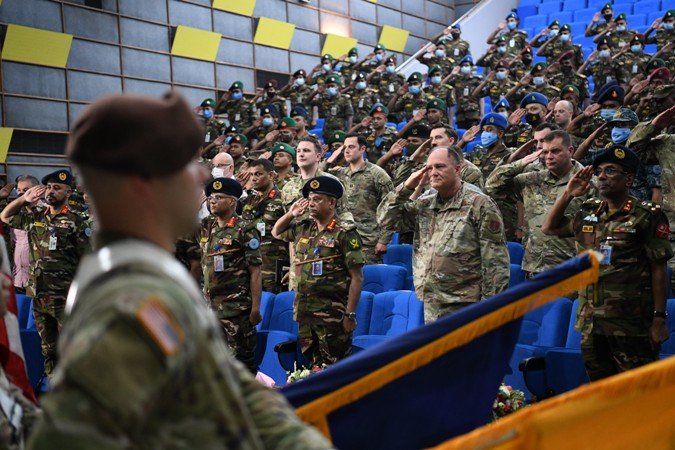 Oregon Army National Guard Lt. Col. Demain San Miguel, lead planner for the exercise, said, “What I am seeing from this is that people are exchanging experiences. The people know their equipment, they know their capabilities, but they’re sharing their experiences from Mali, Iraq, and Afghanistan, on how the equipment worked and didn’t work, as well as how you can use the equipment together.”