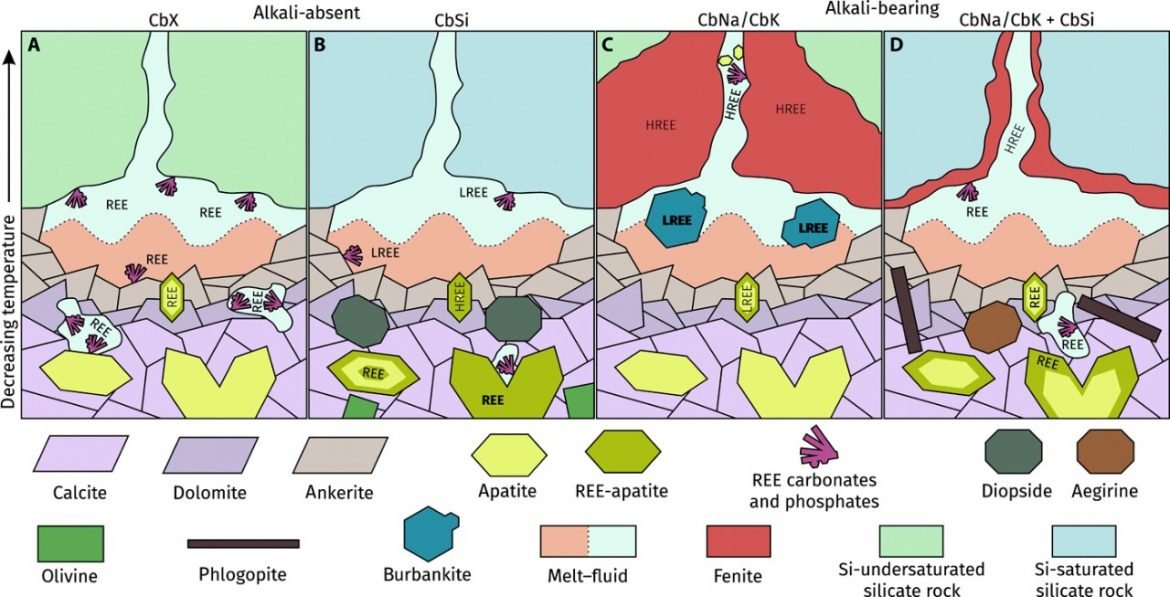 One of the most expected rock types on the planet is carbonatites. An active or defunct mine can be found in around 10% of carbonatite occurrences. Mineral resources account for the remaining 10% of the total. Light rare earth element (LREE) deposits are found mostly in carbonatites and related rocks.

Carbonatites are well recognized for REE mineralization, despite their plethora of commodities. Due to its usage in the creation of high-strength permanent magnets for electric vehicles and wind turbines, as well as a variety of other high-tech applications, REEs are still in the news. The majority of REE mines are found in carbonatites, which are the focus of many exploration efforts owing to remarkable ore enrichment, with REEs frequently found in minerals that can be extracted using well-established processes.

Phosphate, niobium, fluorite, rare earth elements (REEs), vermiculite, iron, and zirconium are the most common minerals extracted from carbonatites. Their value is a limestone supply for aggregate, cement, and agriculture. Carbonatite melts, are either directly sourced from the mantle or are immiscible with silicate melts. It has the ability to significantly separate the LREEs.