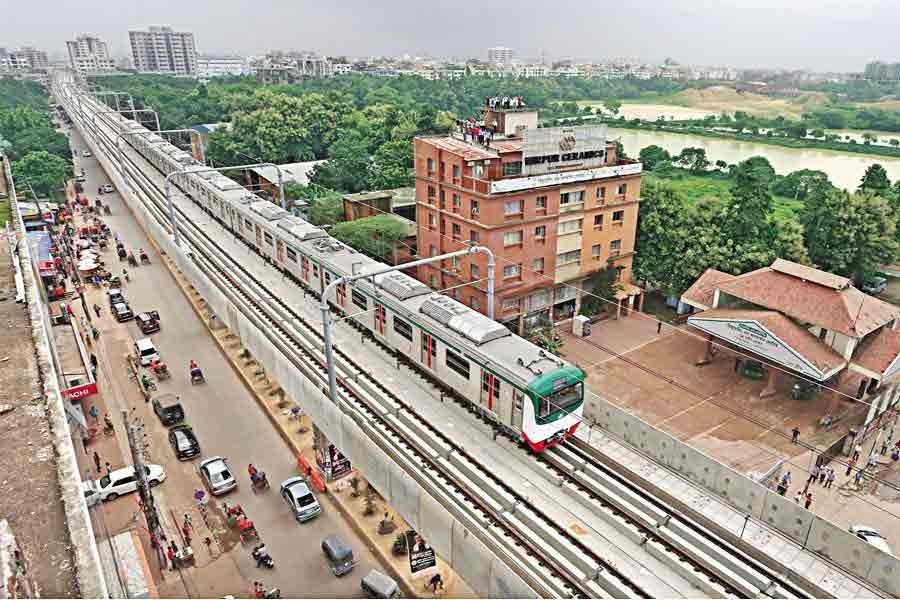 The construction of metro rail network as well as a “smart city” on land reclaimed from the sea near Chattogram have been proposed by four Chinese state-owned companies and are eager to cover all costs. But the Chinese businesses want to take control of the ‘smart city’ and split the revenues with Bangladesh after selling the plots.

The statement of interest has been verified by the officials from the Chattogram Development Authority, or CDA, and stated that they will tell the government of the idea via the housing and public works ministry for a final decision.

According to economist Dr. Moinul Islam, the city of Chattogram is in critical need of a metro train system. But he cautioned the administration against making a quick judgment on the Chinese offer to develop a township.

“China has established a Chinese metropolis in Colombo, which has turned out to be a significant problem for Sri Lanka,” said Dr. Islam, a former president of the Bangladesh Economic Association. He also suggested that the deal must not be accepted without proper examination as it might generate future problems.