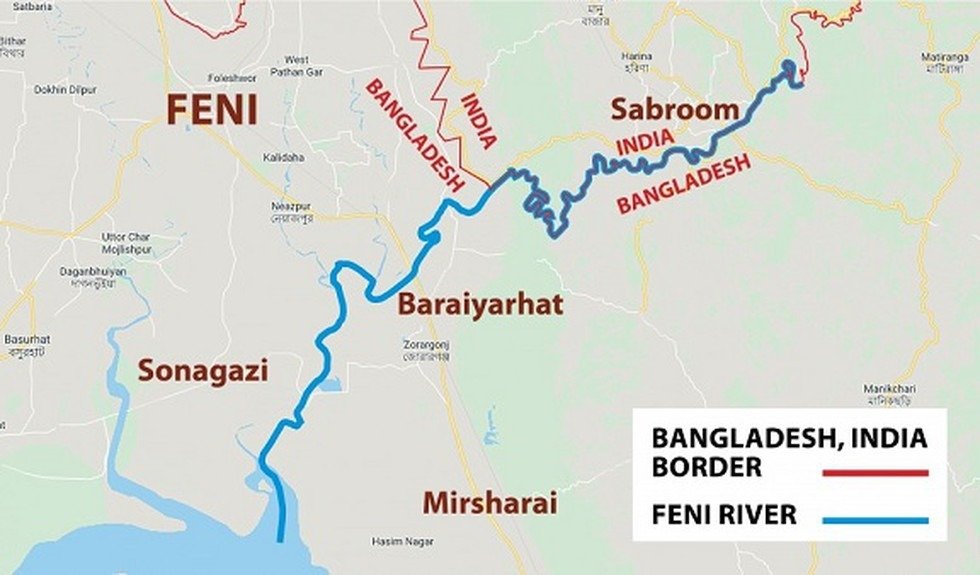 After 12 years the long-standing disagreement over raising water from the Feni River, which flows along the Indo-Bangla international boundary, was settled on Saturday, followed by a field-level inspection. Higher authorities from both nations agreed to avoid erosion in particular areas of the riverbank to preserve the river’s health and navigability.

Two major projects are both ambitious and vital for the people who live along the Feni River’s banks. The first step is to build an intake well on the river that will provide water to the Sabroom water treatment facility. The goal of this project is to provide safe drinking water to the whole civic area. The second initiative is concerned with river water conservation.

The Indian side will extract 1.8 cusecs of water from the river Feni for the water treatment facility, and the construction is slated to begin within the next two to three weeks.

Friendship dialogue between India and Bangladesh