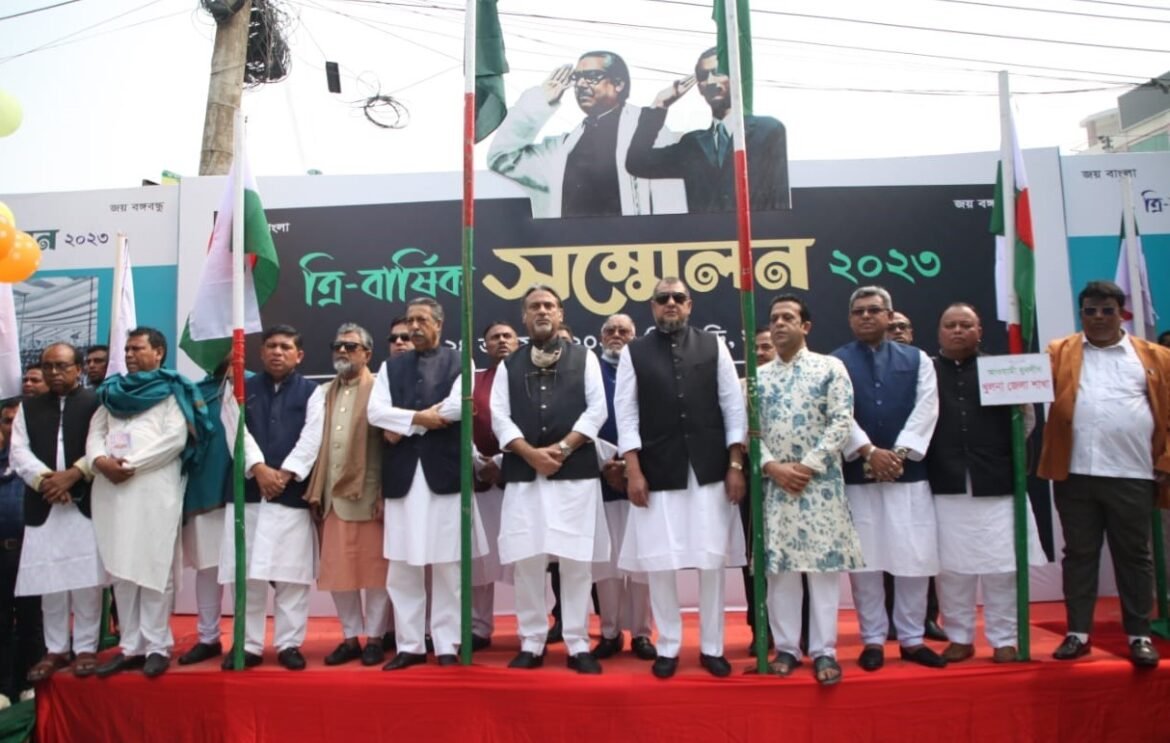 The tri-annual conference of Khulna Mahanagar and District Jubo League was held at the Shibbari intersection in Khulna on Tuesday.

The Jubo League chairman announced the dissolution of the convening committee of the Khulna Mahanagar and district Jubo League at the beginning of his speech.

You Can Also Read: “NO ONE CAN STOP BANGLADESH’S ADVANCEMENT,” PM AT JL’S GRAND YOUTH RALLY

Chowdhury Mohammad Rayhan Forid was elected president and Engineer Mohammad Mahfuzur Rahman as general secretary in the second session of Khulna district Jubo League. The newly elected members are asked to buid a committee of 101 members by next 45 days.

Parash’s expectations from the leaders and activists

Sheikh Fazle Shams Parash, addressed the activists saying that Sheikh Hasina would be re-elected as the prime minister through selfless unity. He urged them to forget all the sorrows and sufferings and stop being in an unhealthy competition among own selves.

He said, “If there is unity among us, the descendants of war criminals-Razakar will not be able to defeat the forces of Bangladesh’s liberation war.”
“We have to come to power with the responsibility to protect the spirit of the Liberation War. Prime Minister Sheikh Hasina has taken the country to a prestigious place. The prime minister’s development achievements must be conveyed to the voters,” he added.