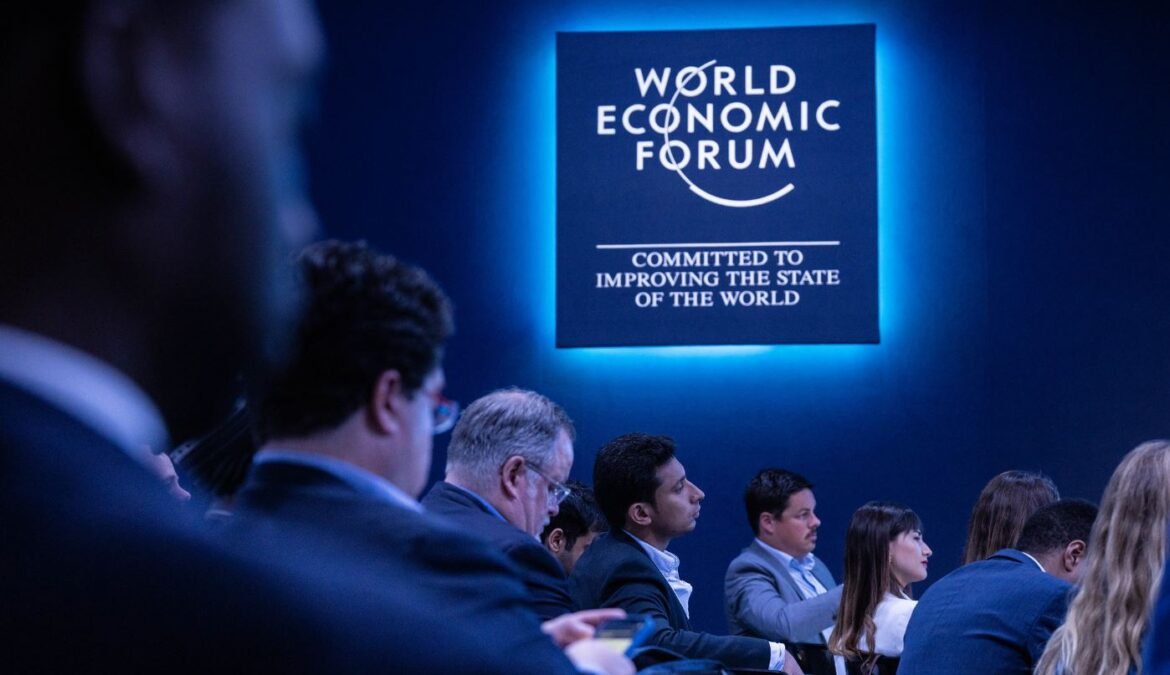 Global leaders and corporate executives left a cold World Economic Forum (WEF) summit on Friday following a frank discussion of how the world will address its most pressing concerns in 2023.

For the first time in three years, the annual five-day meeting was held in person during its customary January slot, bringing with it thousands of public and private sector executives to the small Swiss town. This year’s theme was “Cooperation in a Fragmented World.”

The main takeaways are-

The global economic picture for the coming year appears stronger than anticipated, turning the doom and gloom that pervaded Davos into cautious optimism at the end of the event.

The economic outlook appeared cautiously optimistic, with many believing the worst is over.

However, the annual meeting of the WEF featured extensive discussion of a wide range of issues, including inflationary pressures brought on by China’s reopening and mounting financial crisis in emerging nations.

You can also read: Bangladesh to get loan schemes from World Bank

Even still, the world’s leading economies central banks expressed continued concern and agreed to maintain interest rates high to keep inflation under control. Not to add, getting inflation down to 2% is still the hardest part for Western countries.

“Things are not wonderful, but they are far better than they could have been,” stated Daniel Pinto, president, and chief operating officer of JP Morgan (JPM.N).

Many also noted that China’s opening up would result in a spike in its energy consumption, which would raise energy costs. Concerns were also made that developing economies would be affected by the rich countries’ shift in policy toward defending their own workers, energy security, supply lines, etc.

Davos was all about doubling down on improved weapons and financial help for Kyiv to protect itself against Russia, according to the country’s allies. While Ukraine made an impassioned case for further military and financial support, the regular Russian oligarchs who attend the annual summit were noticeably absent. Additionally, in a video message, Ukraine President Volodymyr Zelenskyy indirectly criticized the United States and Germany for hesitating to provide tanks to his country.

However, outside of the West, fears of an economic collapse showed global splits as some delegates urged a speedy return to the negotiation table.

“This week listening to the politicians, I was surprised in a way because I got the feeling that no-one really knows exactly where we are heading and what the solutions can be,” stated Tanja Fajon, foreign minister and deputy prime minister of Slovenia.

The WTO’s Ngozi Okonjo-Iweala issued a warning against friend sharing as the top three trading giants of the United States, Europe, and China pushed their new industrial strategies.

It was unclear how the rest of the globe will fit into new trade policies that safeguard workers and restructure supply lines.

“This becomes a rich-country game, right? We can subsidize this, you can subsidize that – what about the poor countries, who have limited fiscal room? They get left out in the cold,” said Raghuram Rajan, a former Reserve Bank of India governor.

Everyone agreed that green energy and more funding were required to combat climate change. According to the WEF website, “The World Economic Forum, supported by more than 45 partners launched the Giving to Amplify Earth Action (GAEA), a global initiative to fund and grow new and existing public, private and philanthropic partnerships (PPPs) to help unlock the $3 trillion of financing needed each year to reach net zero, reverse nature loss and restore biodiversity by 2050.”

The carbon crowd received a warm response as renewable business leaders interacted with executives from Big Oil. After a year of high oil prices, fossil fuel firms have the financial resources to invest in renewable energy. However, initiatives to finance climate change and make CEO green pledges seemed to be lagging.

Outside, Greta Thunberg and protestors urged the energy sector to stop sabotaging the transition to clean energy. On the inside, political figures like Kier Starmer protested new oil investments, and Pakistan’s minister for the environment Sherry Rehman fought for funding for loss and damage.

Concerns were expressed by the EU on a US green energy law that favors domestically produced goods like electric vehicles. However, Senator Joe Manchin of West Virginia asserted that the goal was to improve the environment rather than harm any other nation.

After bragging about how artificial intelligence like ChatGPT would revolutionize their company, the CEO of Microsoft Corp and other Silicon Valley executives announced layoffs of tens of thousands of workers throughout the world. Businesses’ once-exuberant cloud spending was being closely examined.

Businesses are “under enormous cost pressure. They need to find ways to do the same things cheaper,” Palantir Technologies CEO Alex Karp remarked.

The Europeans had many complaints about the American Inflation Reduction Act, which the president of the International Energy Agency (IEA) Fatih Birol referred to as “a game-changer for climate change.”

The European Union announced that it will mobilize state aid and a sovereignty fund to prevent businesses from relocating to the United States.

While battling a number of other challenges, global financial institutions are attempting to size themselves appropriately for a slowdown. Central banks are still worried about inflation, so regulators are informing them they need more capital to prepare for a downturn. This is making some businesses less profitable.

Additionally, there is more pressure on them to finance the global shift to a greener future much more quickly than they have been doing so far. Cybersecurity risks and other external variables like geopolitics are making things more difficult. It’s difficult to get an agreement.

China has been a major topic of discussion in the discussion of global growth. Most predictions about the future are clouded by debates about whether or how deep a recession will hit the U.S. and Europe. However, China’s sudden U-turn from its strict zero-COVID policy has given some people hope for the future.

IMF managing director Kristalina Georgieva hinted on Friday that the likelihood of declining inflation and the “prospect for China to boost growth” would be two important drivers in improving the outlook for global growth. Similar sentiments were voiced throughout the meeting, but many people expressed doubt about such optimism.

Former Australian prime minister and president and CEO of Asia Society Kevin Rudd predicts that China would “face a combination of residual domestic headwinds and also the international headwinds,” including strategic rivalries with the United States. “If China and the U.S. can keep a certain equilibrium, then we should see reasonable growth. If we don’t, then that will also act as an external headwind,” he added.