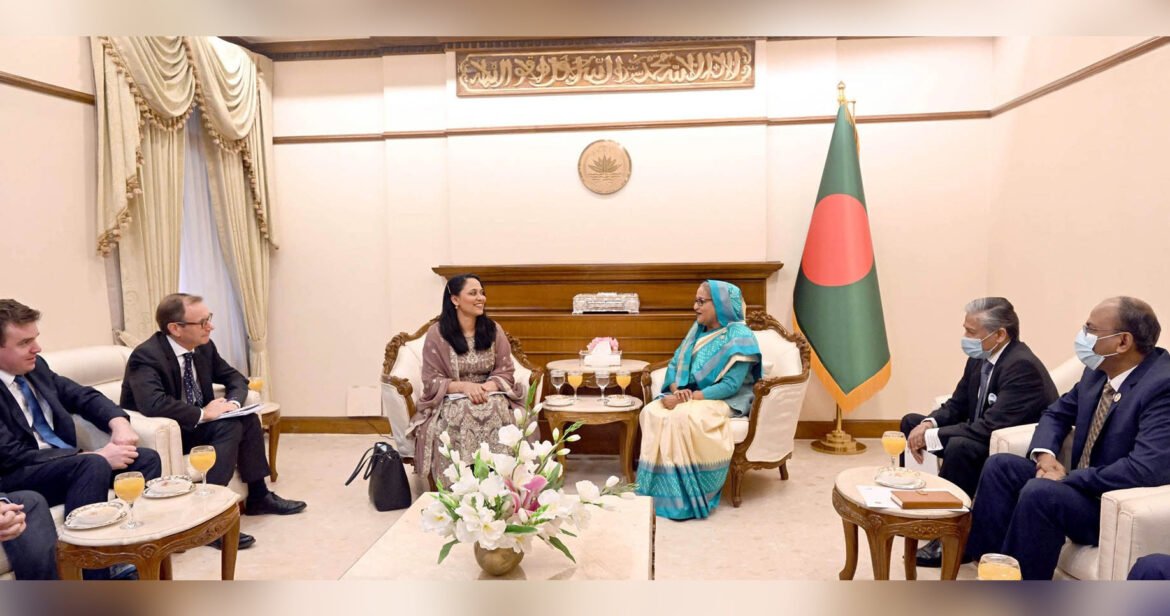 In an official meeting with four members of Parliament of the British All-Party Parliamentary Group, prime minister Sheikh Hasina said, ‘The next election will be held according to the country’s constitution.’ The meeting was held at Prime Minister’s Office on Wednesday. Four British MPs visiting are – Rushanara Ali, Jonathan Reynolds, Mohammed Yasin, and Tom Hunt.

Prime Minister’s press secretary Ihsanul Karim gave a detailed brief after the meeting. According to him, Prime Minister said, “The Election Commission is very independent in the country. We follow your Westminster democracy. We have no problem when election observers come.”

You can also read: Bangladesh witnessing history with the inauguration of Dhaka Metro Rail

“As a political party, Awami League has a long tradition of fighting for the restoration of democracy from military rulers in the past. Military rulers used guns to seize state power and patronize politics by forming political parties.” she pointed out.

Sheikh Hasina urged the British parliamentarians to take initiative to stop the Russia-Ukraine war. She said, “Countries like Bangladesh are suffering in many ways because of sanctions and countersanctions. Food grains, necessities and cooking oil came from Ukraine. But the import of these items is hampered due to war. As a result, the prices of these things are increasing.”

The Prime Minister urged UK entrepreneurs to invest in 100 Special Economic Zones across the country. She said, “We would welcome UK investment there.”

The Prime Minister appreciated British support to Bangladesh on climate change issues. She said the government is serious about the issue of climate change and has started adaptation and mitigation programs with its own resources.

British MPs expressed satisfaction with the unprecedented infrastructure development of Bangladesh. They praised Prime Minister Sheikh Hasina for this development. The press secretary said, “They especially praised the development of connectivity including Metro Rail, Padma Bridge and Bangabandhu Tunnel.”