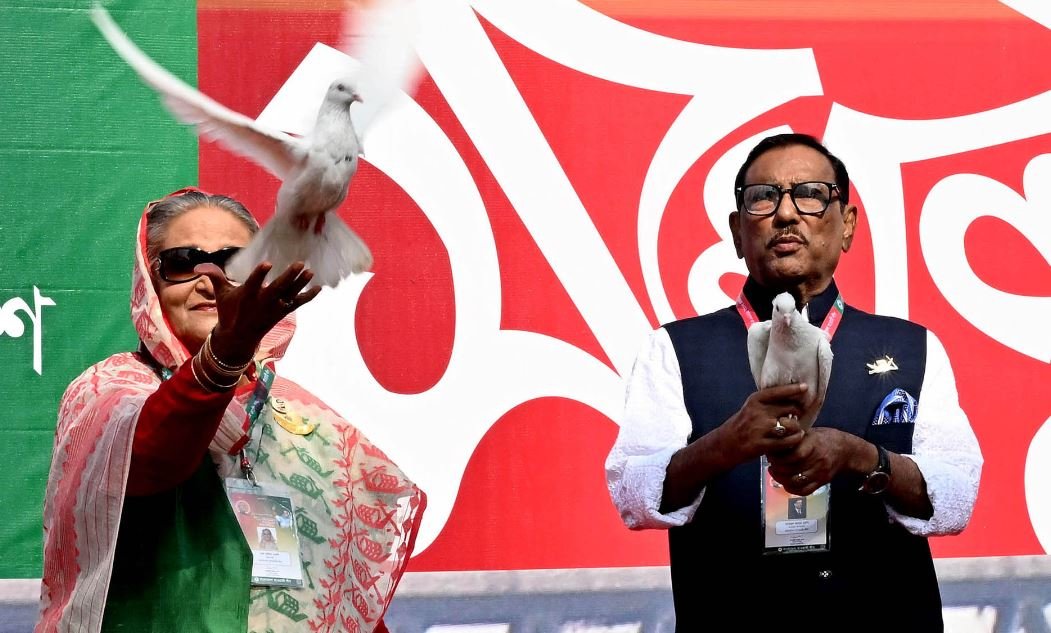 The councilors of the party have again given the responsibility of managing the Bangladesh Awami League to Bangabandhu’s daughter Prime Minister Sheikh Hasina. She was elected president for the tenth consecutive time and Obaidul Quader as the party’s General Secretary.

PM and AL President Sheikh Hasina inaugurated the council by hoisting the national flag and releasing pigeons and balloons at 10.30 am. Later, she presided over the first session.

Prime Minister and Awami League (AL) President Sheikh Hasina today said the leaders and activists of her party will march ahead in unison by confronting all the conspiracies and hurdles and build a prosperous, developed and smart Bangladesh by 2041.

“Attacks and conspiracies will come. But we want the leaders and activists of the Awami League to step forward together facing the conspiracies,” she said while inaugurating the 22nd national council of one of the sub-continent’s largest political parties, Bangladesh Awami League.

The Prime Minister said Bangladesh will never fall behind and her party will fulfill the dream of Father of the Nation Bangabandhu Sheikh Mujibur Rahman by bringing smiles on the faces of the distressed people by transforming the country into a developed, prosperous and smart Bangladesh by 2041.

“Awami League must be saved for saving Bangladesh. AL and Sheikh Hasina should be brought to power again (to this end),” he said while presenting the general secretary’s report at the first session of AL’s 22nd national council at the historic Suhrawardy Udyan in the city.