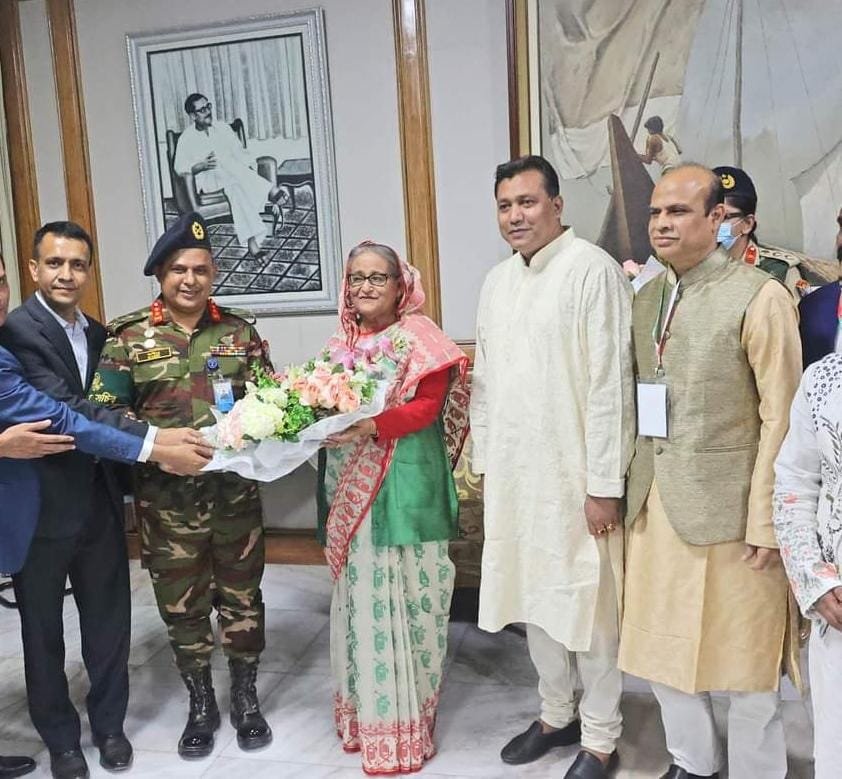 Prime Minister Sheikh Hasina has been elected as the President of Awami League for the tenth time. Obaidul Quader will serve as the General Secretary of the party along with Sheikh Hasina in the new committee. He is to serve in this position for the third consecutive term.

The election commission announced the names of them as president and general secretary in the 22nd national council of the ruling party Awami League on Saturday 24th December. The national conference of Awami League was inaugurated at Suhrawardy Udyan around 10:30 am. Later, at around 3 pm in the capital, the council session for the election of new leadership began at the Auditorium of Engineers Institution in Ramna. About seven thousand councillors from all over the country participated in the session. Based on their opinions, the president and general secretary of the party are elected.