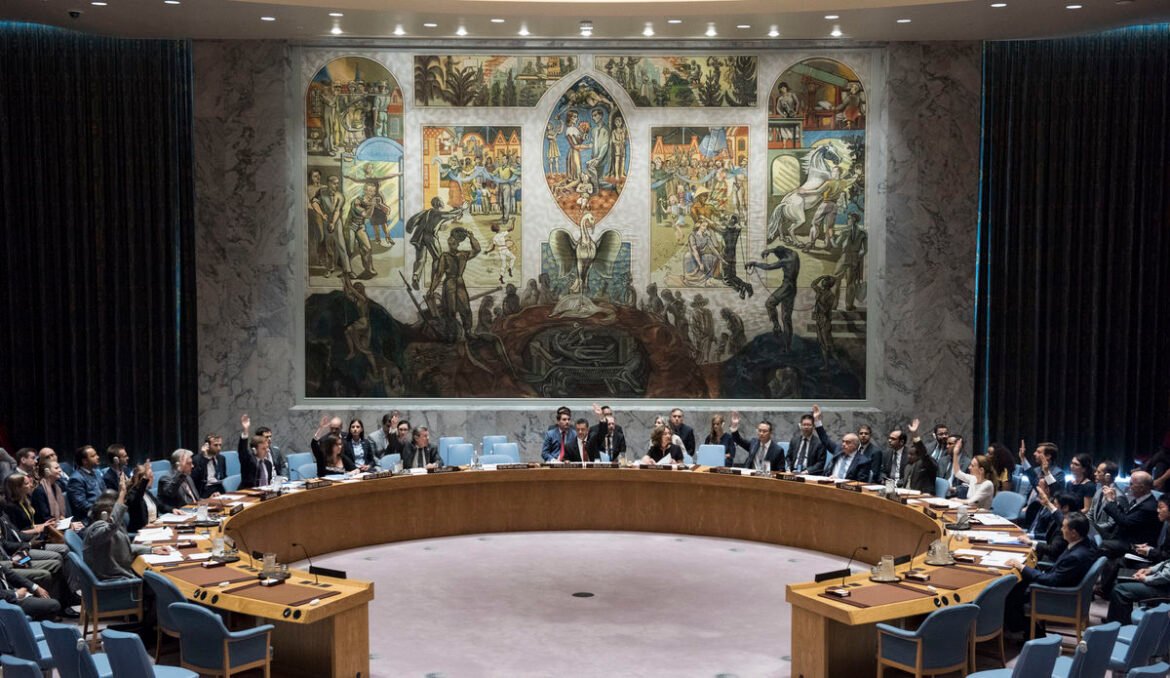 The United Nations Security Council passed a resolution on Myanmar, calling for an end to the violence and urging the military regime to free all political prisoners, including ousted leader Aung San Suu Kyi.

The fifteen-member Council has been divided on Myanmar for decades and has previously only been able to agree on official declarations regarding the country, which has been ruled by the military since February 2021. This month, India is leading the 15-country Security Council. On Wednesday, the resolution was passed after 12 members voted for it while India, China, and Russia abstained. After 74 years, the Security Council has finally adopted a resolution about Myanmar. After the nation formerly known as Burma gained independence from Britain in 1948, the UNSC only passed one other resolution on Myanmar, urging the General Assembly to admit “the Union of Burma” as a member of the organization.

You Can Also Read: The final phase of Suu Kyi’s court trial begins

Myanmar’s military took over Suu Kyi’s elected government in February 2021 and arrested her and other officials. They have responded to pro-democracy protests and dissent with deadly force, killing several thousand people and putting more than 16,000 in imprisonment.

The resolution passed on Wednesday “urges” the junta to “immediately release all arbitrarily detained prisoners,” including Suu Kyi and former president Win Myint. Additionally, it calls for “an immediate end to all forms of violence and urges “all parties to respect human rights, fundamental freedoms and the rule of law.”

Ambassador Ruchira Kamboj, India’s Permanent Representative to the UN, was in charge of the meeting and explained the vote in her national capacity. She said that New Delhi thinks the complicated situation in Myanmar calls for “quiet and patient diplomacy.”

After the decision, Zhang Jun, China’s U.N. ambassador, said to the council, “China still has concerns.” “There is no quick fix to the issue … Whether or not it can be properly resolved in the end, depends fundamentally, and only, on Myanmar itself.” He claimed that China had preferred a formal statement on Myanmar rather than a resolution from the Security Council.

Vassily Nebenzia, the Russian ambassador to the United Nations, stated that Moscow did not regard Myanmar’s situation as a threat to international peace and security and so did not believe that it should be addressed by the U.N. Security Council.

American Secretary of State Antony Blinken praised the decision to pass the resolution.  In a statement, he remarked, “This is an important step by the Security Council to address the crisis and end the Burma military regime’s escalating repression and violence against civilians.”

Barbara Woodward, the British ambassador to the United Nations, said following the vote on the British-drafted resolution, “Today we’ve sent a firm message to the military that they should be in no doubt – we expect this resolution to be implemented in full.”

A long way to go

Up until now, the council had only agreed on formal statements about Myanmar. In 2017, the army in Myanmar also led a crackdown on Rohingya Muslims that the US called genocide. Myanmar claims it is not committing genocide and that it is fighting legitimately against militants who have attacked police stations.

According to diplomats, the UN resolution that approved Myanmar’s membership in the organization in 1948 is the only resolution on the subject of the Council that is still in effect. Beijing and Moscow’s vetoes prevented the Council from approving a draft resolution on Myanmar in 2008. The Rohingya crisis in December 2018 forced 700,000 people to flee Myanmar for Bangladesh, but no vote was ever held despite Britain’s second attempt.

Britain started sending out drafts of Wednesday’s resolution in September. According to UN observers, a number of adjustments were made to assure its approval. The Council apparently decided to remove language that would have threatened to use all of its authority if Myanmar hadn’t followed the resolution. Several members also objected to a clause requiring the UN secretary-general to report on the situation in Myanmar to the Council every sixty days. Instead, the resolution says that the secretary-general or his representative must report back by March 15, 2023, in coordination with the Association of Southeast Asian Nations (ASEAN). Since the coup ended Myanmar’s short period of democracy, the Council had only formed one statement about the country.

The adoption was a moment of relative unity in a year when Russia’s invasion of Ukraine has made it harder for people to get along. Myanmar’s U.N. Ambassador Kyaw Moe Tun, who still retains the U.N. seat and represents Suu Kyi’s government stated, “while there were positive elements in the resolution the National Unity Government – comprised of remnants of the ousted administration – would have preferred a stronger text.” “We are clear this is only a first step. The National Unity Government calls on the UNSC (to build) on this resolution to take further and stronger action to ensure the end of the military junta and its crimes,” he added.