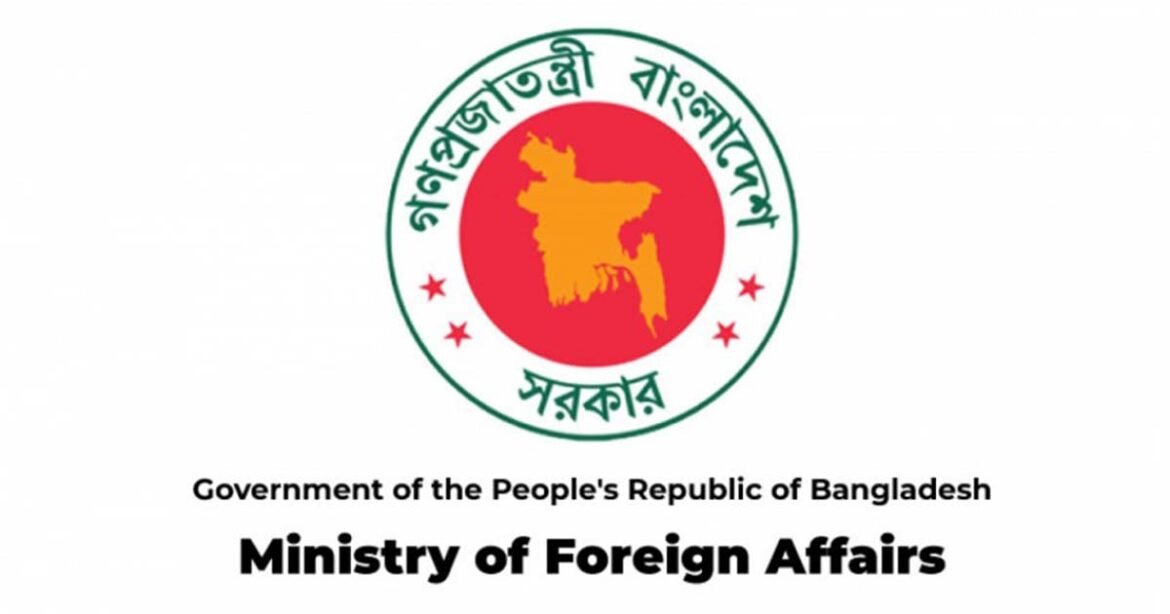 The government has informed all foreign missions and the Office of the UN Resident Coordinator in Dhaka about the recent political situation that included the December 7 clash between the law enforcers and the major opposition Bangladesh Nationalist Party (BNP) activists at Naya Paltan in the capital.

The Ministry of Foreign Affairs (MoFA) on Monday issued a letter dispatched to the foreign missions justifying the police actions against the BNP men to clear, what it said, ‘one of the busiest areas in Dhaka’ the Naya Paltan road on December 7 that killed one and injured scores.

You can also read: PM Sheikh Hasina launches vision for ‘Smart Bangladesh’ by 2041

According to the letter, ‘Total 49 policemen were injured while trying to neutralise the BNP vandals. One of the policemen was in a critical condition. He was sent to Dhaka Medical College Hospital. In the ensuing clash between the BNP activists and the law enforcing agencies, unfortunately one passerby was killed. However, due to effective measures undertaken by the police, no major destruction of property took place.’

In defiance of lawful and reasonable restrictions imposed by DMP, the letter read, BNP leaders resorted to vandalism and anarchy. In the letter, the ministry said the BNP leaders announced bringing around 2.5 million people to Dhaka from all over the country for a rally on December 10.

‘Police later seized 160 sacks of rice from BNP Party Office. According to the Police, cocktails were also found at BNP party office. The circumstantial evidence shows that the actual plan of the BNP was to occupy the street forcefully and unlawfully three days prior to the scheduled public gathering. The rice was brought to feed the activists for three days,’ the letter added.

“Presumably, BNP leaders wanted to make a political issue out of the venue. Their objective was to create anarchy on the busy public street as they did in 2014 and 2018 before the national elections,” said the letter.

“They wanted to take common people under hostage situation to make their unlawful demand,” it added.

Earlier on December 7, a total of 15 foreign missions in Dhaka issued a joint statement reaffirming the importance of free, fair, inclusive and peaceful electoral process in Bangladesh.

The US also called on the Bangladesh government to fully investigate reports of violence against journalists and human rights activists ahead of a major political protest, and urged all parties to refrain from violence.