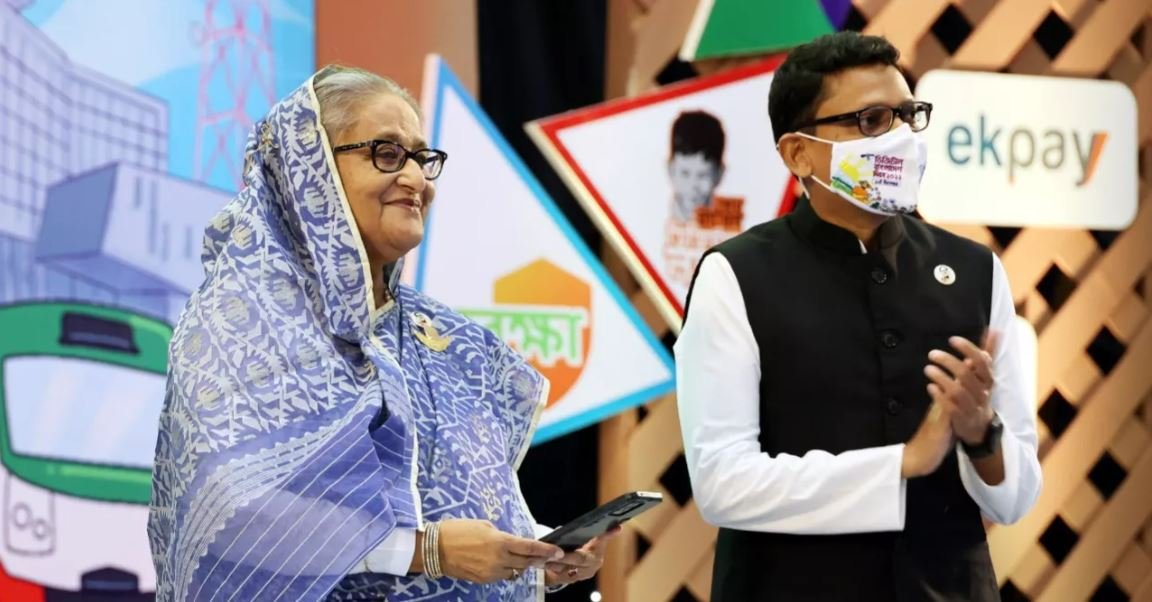 Prime Minister Sheikh Hasina on Monday announced her vision to create a ‘Smart Bangladesh’ by 2041 alongside making it a developed nation.

HPM Sheikh Hasina attended the inaugural programme of Digital Bangladesh Day 2022 and distributed the prizes among the winners of the Online Quiz Competition 2022 on Monday. During the event, she declared, “We will make Bangladesh a developed one by 2041, and that will be Smart Bangladesh.” She stated that in Smart Bangladesh, everything will be handled technologically, where citizens will be proficient in the use of technology.

The 4 bases of smart Bangladesh

The prime minister remarked that her team is focusing on successfully executing the four bases of the “Smart Bangladesh” initiative. They include:

A plan for future generations

HPM Hasina mentioned that in addition to Vision 2041, the government has developed the “Delta Plan 2100” to map the country’s development route. “We have done this so that future generations could live in this delta facing climate change, develop the country and live in the developed country independently and smartly,” she said.

Hasina remarked that a lot of work had already been done to make both the government and society digital. She referred to the youth of Bangladesh as the “soldiers of 2041,” saying, “You (youths) will have to prepare yourselves as smart citizens being soldiers of 2041.”

During the event, HPM Hasina also unveiled the Sheikh Kamal Information Communication Training and Incubation Centre in the Barishal district and the Bangabandhu Sheikh Mujib High-Tech Park in Rajshahi, which includes the Joy Silicon Tower, Bangabandhu Digital Museum, and a movie theatre. She also launched the covers for two volumes on Sheikh Kamal and Digital Bangladesh in both print and digital formats.

The ICT Division held the conference at the Bangabandhu International Conference Center (BICC) with the topic ‘Advanced Technology Inclusive Development.’ Zunaid Ahmed Palak, the state minister for information and communications technology, and AKM Rahmatullah, the head of the parliamentary standing committee on posts, telecommunications, and information technology affairs, both gave speeches at the event.