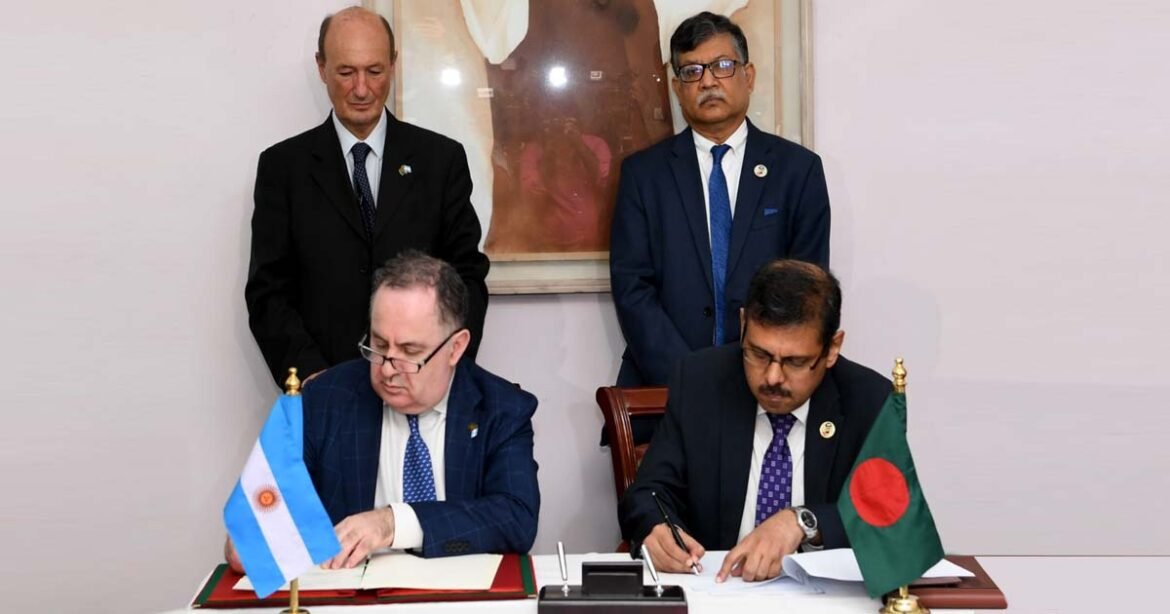 The Argentine Foreign Minister, Santiago Cafiero has announced that his country would be reopening its embassy in Bangladesh after 40 years. MercoPress (a south Atlantic news source) states that this decision resulted from Bangladesh’s enormous support for Lionel Messi and the Argentina team participating in the Qatar FIFA World Cup 2022.

Bangladesh has always been a die-hard Argentina supporter, but the world witnessed the Bangladeshis’ passion towards the team during Qatar World Cup 2022. Thanks to social media, the world got to learn about their craze for the argentine team. It all started when the official FIFA Twitter account uploaded a video of joyful Bangladeshi fans applauding Messi’s goal against Mexico.

The tale of Bangladesh and Argentina soon became viral and started being trending on online. The Argentine media also covered the news. Later, the national football team of Argentina tweeted about Bangladesh with a message stating: “Thank you for supporting our team!! They are crazy like us!”

Along with the media and journalists, Argentine natives also expressed their gratitude for Bangladesh via social media. In response to Bangladesh’s eternal enthusiasm for the Argentine football team, an Argentine social media fan group was created for the Bangladesh national cricket team. Both the countries now share a strong mutual feeling bonded with football and cricket.

Santiago Cafiero posted on twitter “Argentina will promote the project to reopen the Embassy in Bangladesh, closed since 1978” on Saturday. “In August I had a meeting with my peer, Abul Kalam Abdul Momen, at the 10th Review Conference of the United Nations Treaty on the Non-Proliferation of Nuclear Weapons,” Cafiero remarked. According to Cafiero, the South American nation has decided to reopen the embassy to strengthen bilateral ties and grow trade between Argentina and Bangladesh.

Cafiero affirmed that he would travel to Bangladesh to finalize the details after taking part in the G-20 Foreign Ministers’ Summit in India in 2023.

“With the reopening of the Embassy and its consular section, we seek to exploit the potential of the bilateral relation, mainly in the commercial aspect, which has a wide potential for growth, seeking to diversify trade and the Argentine exportable offer. Likewise, to promote cooperation in the sports, satellite, humanitarian aid, and disaster management fields,” the Argentine Foreign Ministry stated in a statement.

Last year, Argentine exports to Bangladesh reached an all-time high of US$ 876 million. This export resulted to trade surplus of US$ 862 million for the South American nation. The top three products were soybean byproducts, corn, and wheat.