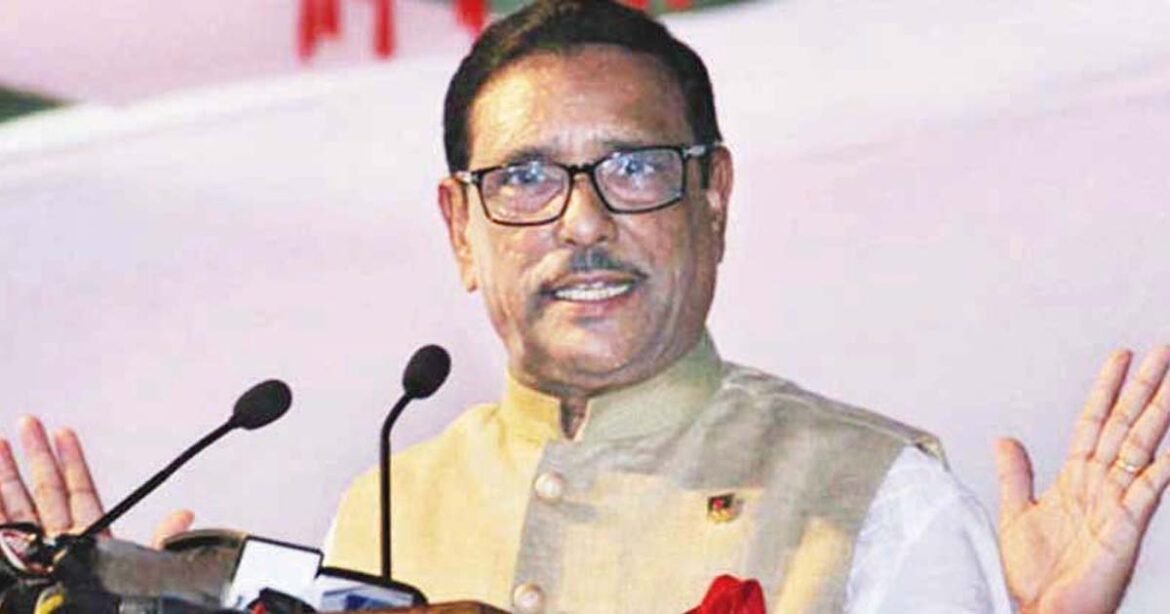 Obaidul Quader, the general secretary of the Awami League, on Monday urged BNP not to inflame any chaos before the AL’s national council on December 24.

On the occasion of the party’s 22nd national council, Quader spoke at a press conference held at the party president’s political office in Dhanmondi. There he said, “I am requesting BNP not to hold its pre-announced protest rally in the capital on December 24 as the day coincides with Awami League’s national council.”

You can also read: PM Sheikh Hasina launches vision for ‘Smart Bangladesh’ by 2041

“A huge number of leaders and activists from every corner of the country will join the council. So, Don’t instigate any chaos”, he added.

On October 28, Awami League announced the dates for the 22nd national council of the party. However, following a rally on December 10, BNP declared a mass-procession program for December 24 in all cities, including Dhaka and district towns, to comprehend their 10-point demand.

“As the December 10 rally became a flop, the BNP’s leaders and activists have lost their mind,” Quader remarked.

Quader stated that Prime Minister Sheikh Hasina has directed them to organize the council in a direct way in light of the current worldwide crisis. He also said, “The country’s economic situation is good now and it is going towards a better condition”. He continued, “We hope a successful council will be held.”