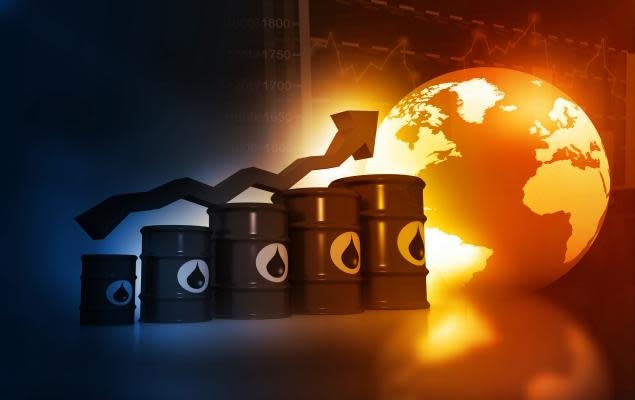 Following a brief respite, oil prices have risen once more since the Group of Seven (G-7) and its allies decided to set a limit on the price of Russian oil at £49 ($60) per barrel. With Western pressure on Russia growing over its invasion of Ukraine, the agreement may take effect as early as Today.

It follows Opec+‘s decision to extend its policy of decreasing oil output in response to the global economic slowdown and the imposition of higher interest rates. In Asian trading, Brent crude rose about 1% to over $86. According to Kang Wu of S&P Global Commodity Insights, “This decision by Opec+ to keep the quota where it is… is by itself an implicit sort of support to the oil market.”

Opec+, a group of 23 oil-exporting nations that includes Russia, regularly meets to decide how much crude oil to sell on the international market. Additionally, traders are responding to the positive US jobs report and the loosening of Covid restrictions in several Chinese locations. Following large-scale protests against China’s zero-Covid policy, other cities like Urumqi have announced they will loosen restrictions.

Also you can read: AN OVERVIEW OF THE RUSSIA-UKRAINE WAR’S SIX MONTHS

On Sunday, OPEC+ allies decided to stick to their October agreement to reduce output by 2 million barrels per day (bpd) from November through 2023.

Stephen Innes, managing partner of SPI Asset Management, told the BBC, “Belief that China may accelerate reopening plans has triggered some early morning optimism.”  However, he emphasized that the removal of restrictions could lead to a rise in Omicron cases, “that could keep mobility on the downswing at least through the first quarter of next year.”

A price cap to prevent Russia from benefiting

In a joint statement issued last week, the G7 and Australia said that the $60 restriction on Russian oil was designed to “prevent Russia from profiting from its war of aggression against Ukraine.” The G7 proposed the price cap in September in an attempt to block Moscow from benefitting from oil exports while preventing a price increase.

It means that only Russian oil bought for less than $60 (£49) a barrel will be allowed to be shipped using G7 and EU tankers, insurance companies, and credit institutions. This will make it harder for Moscow to sell its oil for a higher price.

According to analysts, the OPEC+ decision was expected since the major oil producers are waiting to see how the EU’s ban on oil imports and the G7’s $60-a-barrel price cap affect seaborne Russian oil.

The G7 is an organization made up of the seven biggest so-called “advanced” economies in the world, which control global trade and the international financial system. They are the UK, the US, France, Germany, Italy, Japan, and Canada.

Concerns that Russia’s invasion of Ukraine could cut supplies have driven up oil and gas prices.

Russia is the world’s second-largest crude oil producer after Saudi Arabia, and supplies around one-third of Europe’s needs.

US Treasury Secretary Janet Yellen stated that the price ceiling will further restrict the finances of Russian President Vladimir Putin and “limit the revenues he’s using to fund his brutal invasion “without impacting global supplies.

Although Volodymyr Zelensky, the president of Ukraine, referred to the cap as “a weak position” that was not “serious” enough to harm the Russian economy.

Russia has stated that it will not accept the price cap and has threatened to halt oil exports to nations who implement the measures. From Monday (Today), there will also be an EU-wide embargo on the sea – based import of Russian crude oil.

Russia is expected to feel the effects of the sanctions mostly, but it can lessen the damage by selling oil to other markets, such as India and China, who are now the largest single purchasers of Russian crude oil.

HOW INTERNET BANKING IS SHAPING UP IN BANGLADESH?