HOW INTERNET BANKING IS SHAPING UP IN BANGLADESH? 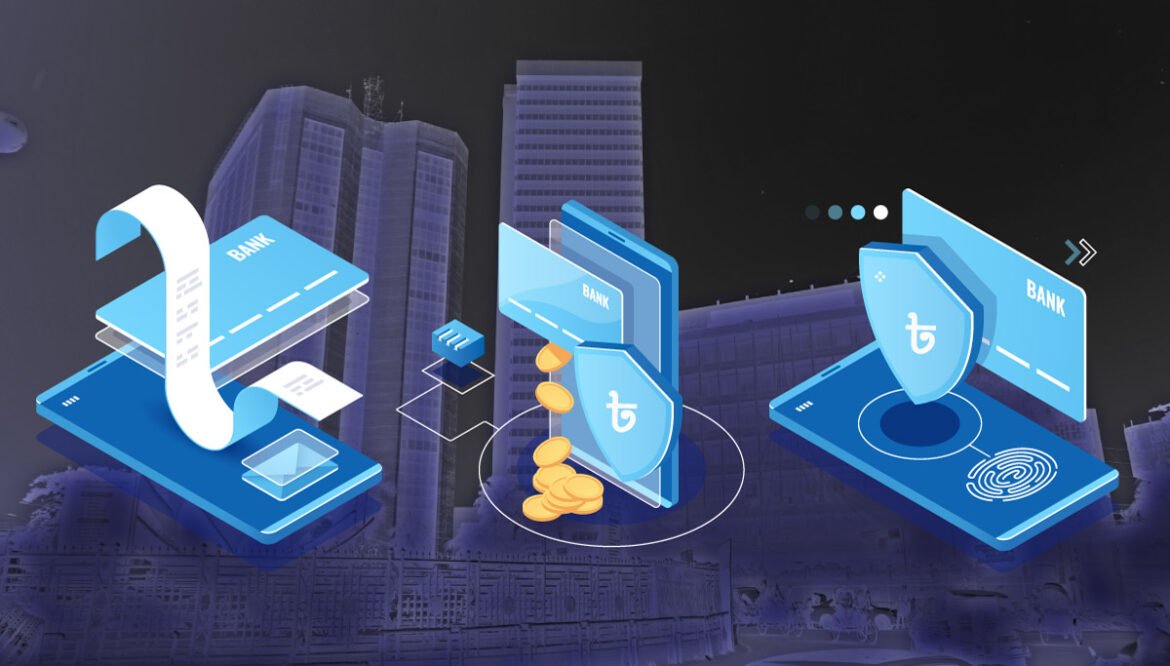 Bangladesh has seen internet banking increasingly gaining popularity in recent years. It enables the bankers to provide advanced banking services through internet and hence the customers feel convenient to get online services rather than physical banking. Such banking provides alternatives for faster delivery of banking services to a wide range of customers. The banking industry of Bangladesh has already adapted the online banking to cope up with the developed countries. However, the infrastructure regarding the online banking is lagging behind to adapt state of the art online banking.

In the past, customer’s demand for banking services was driven by safety of their monies as well as interest accruing from such savings. However, the present day customer’s demand has shifted from just safety of money to how banks deliver their services. The reason is that the present day customer requires efficient, fast and convenient services and from where the online based services and products emerged in banking industry.

YOU CAN ALSO READ: INTENSE DEBATE IN PARLIAMENT SIGN OF SOUND DEMOCRACY?

Banks started taking up a wide range of initiatives in 2010 as part of their efforts to encourage customers to adopt the digital window. The adoption of digital technology has significantly transformed Bangladesh’s financial sector since then, bringing millions under banking services. The transformation made it easier for customers to get these services as they can perform their transactions from the comfort of home. Newer modes of electronic transactions are being introduced rapidly, from ATMs, telephone banking, mobile banking to internet banking.

And internet banking is facilitating the customer’s smooth cash withdrawal, deposit and fund transfer services. Many traditional banks underestimated the demand for online services before, but now almost every bank has some form of online banking. So, let’s have a look at how they are doing.

As a part of stepping towards online banking, the foreign commercial banks have played the pioneering role with adoption of modern technology in retail banking during the early 1990s whereas the stateowned and private commercial banks came forward with such services in a limited scale during the late 1990s.

With the fast-growing internet users and availability of smartphones and digital services, internet banking has gained huge popularity over the years and brought visible changes to customers’ banking habits. Transactions through internet banking in Bangladesh more than doubled in the last fiscal year as a huge number of people, especially the young generation, are using the platform to carry out financial activities.

Bangladesh Bank’s (BB) data shows transactions through internet banking amounted to Tk 20,559 crore in December 2021, up 154 percent year-on-year and 21 percent from that a month ago. In 2021-22, transactions shot up 122.60 percent year-on-year to Tk 224,958 crore. The number of customers using internet banking in Bangladesh stood at 5.35 crore in June, an increase of 47 percent from a year earlier, says the central bank.

To facilitate the internet banking operation, the central bank has extended regulatory support to banks as well. In September 2020, the BB increased the limit of inter-bank fund transfers through internet banking for clients, allowing a maximum of Tk 5 lakh per day against the previous Tk 2 lakh. The central bank also doubled the ceiling of a single transaction to Tk 1 lakh from Tk 50,000. Clients now are permitted to settle as many as 10 transactions per day, which was five previously.

Commercial banks have also rolled out various products to increase their presence in the digital space and almost all banks have introduced mobile applications for banking services in a bid to augment their internet banking operations. However, before we get too excited about internet banks, we have to admit that online banking service is still lagging behind compare to the developed world.

Despite some progress in the internet banking, banks are operating on a limited scale without any inter bank transactions as there is no common platform for internet banking in the country. The central bank initiated a platform known as Bangladesh Electronic Fund Transfer Network (BEFTN) in 2010, however, most of the banks are not using the platform fully. As transferring fund electronically from one bank to another bank is not fully operational yet, clients are facing difficulties of fund transferring or withdrawing. It is therefore still a majority of clients had long exhibited a reluctance to embrace online methods due to difficulties in internet banking. As for digitalization of banks, telecom and management expert Mahtab Uddin Ahmed said “In the last six months, I spent considerable time with various banks to understand their readiness to become a digital bank. Except for one, none of them has the right organisational structure to embark on a digital transformation drive. To my utter surprise, most banking transactions are still manual and paper-based although there is some digital progression in the core banking system.” Arfan Ali, president and managing director of Bank Asia, said, still banks’ digital operation is very much human centric. But when banks will move to a complete artificial intelligence-based solution, investment also has to be increased.

Internet banking involves provision of facilities such as accessing accounts, transferring funds, and buying financial products or services online. However, fear of hacking, tampering of data, secrecy maintenance were certain issues, which pose threats on usage of online banking. Some recent events have already alarmed that the banking in Bangladesh through online is under threat. ATM booth skimming, BB heist, and some other example of cybercrimes made it visible to the general people of the poor online security system in banking industry. Particularly, the reserve heist clearly exposed a lack of security and protection of domain of the country’s central bank. Which is an alarming incident for the online banking of Bangladesh.

“The way banks are getting into the digital arena, they will face more security threats in future. Even fraudulence will be more sophisticated,” said Selim RF Hussain, managing director of BRAC Bank. He suggested that banks should invest more keeping the security aspect in mind as the banking sector is moving into digital banking.

According to the findings of a study by the Bangladesh Institute of Bank Management (BIBM), 52% of banks in the country are at high cyber risks, The banking sector faces a maximum of 630 cyberattacks every day and some 32% of the banks are at moderate cyber risks, while only 12% are at low risks, says the report titled ‘Cybersecurity Landscape of Banking in Bangladesh and Recommendations.’ A lack of in-house IT expertise is identified as one of the major weaknesses and spending for cybersecurity and IT training is still very low, that are putting banks under cyber threats as the report says.

Technology experts opine that Infrastructural barriers are one of the most important challenges for online banking in Bangladesh. They say major challenges of online banking in the country are weak telecommunications. There is not enough infrastructural support for providing efficient online banking services. The country faces problem of developing trained human resources. There are lack of technological knowledge among the managers, employees, and customers of bank. In addition to these, some customers still like human face and they are unwilling to change. There are some more challenges which are given below:

“The way banks are getting into the digital arena, they will face more security threats in future. Even fraudulence will be more sophisticated”

“Different types of pay- ments, ranging from those of utility bills and tuition fees to that for booking flights or bus seats, can be now made from any place, which was hard to fathom six to seven years ago”

It also involves some financial, operational risks, customer misuse of products and services risks, legal, strategic, reputation, market, and liquidity risks. Therefore, identification of relevant risks, and formulation and implementation of proper risk mitigation policies and strategies are important for the scheduled banks while performing online banking. Recently, the government’s emphasis on building a digital Bangladesh, setting up ICT park, raising allocation for developing ICT infrastructure, waiving taxes on computer peripherals and other measures including the automation program of banking sector led by the BB accelerated the prospects of online banking in Bangladesh. Hence, it is therefore import that online banking systems should be simple to use, secure, fast and user-friendly and the banking services should be standardized so that wherever the solution is used, the customer is familiar with the procedure and feel comfortable with internet banking.

Internet banking is now a global phenomenon. Apart from the developed world, the developing countries are also experiencing strong growth in such transactions. Most of the banks operating are trying to expand their online banking services with the growing market demands. However, online banking as per international standard is yet to develop in Bangladesh. The expansion of online banking is beset with several infrastructural, institutional, and regulatory constraints. Despite the constraints, efforts by the Bangladesh Bank in modernizing the country’s payment system and commitment by the government in building ‘Digital Bangladesh’ have spurred the banks to improve banking services and rapidly adopt online-based banking. In order to keep online banking growing, the security and the privacy aspects need to be improved. With the security and privacy issues resolved, the future of online banking can be very prosperous. Hence, it can be expected that the future of internet banking will be a system where users can be able to interact with their banks worry-free and banks are operated under one common standard. It is also crucial to drive digital and financial literacy to enable users to better understand the services that they avail.