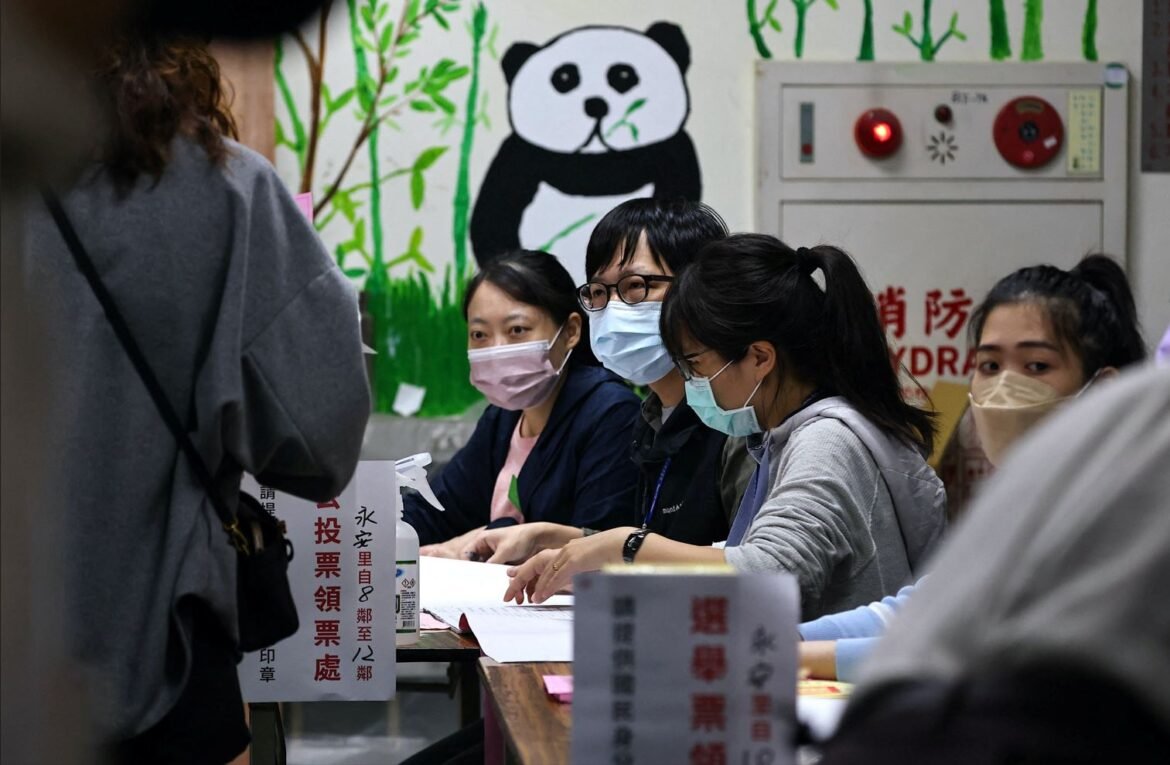 Taiwanese are voting for the local elections Today which will determine the strength of the island’s major political parties ahead of the 2024 presidential election.

Taiwanese citizens will choose their mayors, city council members, and other local leaders in all thirteen counties and nine cities. Additionally, a referendum to lower the voting age from 20 to 18 is being held. The polls opened Today (Saturday) at 8:00 am (0000GMT). Although, the election in Chiayi, in the southwest, will be postponed until December 18 due to the passing of a mayoral candidate.

You can also read: Anwar Ibrahim appointed as 10th prime minister of Malaysia

Elections for the local council and city mayor are held every four years. However, this year’s elections are also receiving worldwide attention as Taiwan develops as a geopolitical hotspot between China and the US.

Elections for mayors, county leaders, and local councils are reportedly happening to address internal issues including the COVID-19 pandemic and criminality. The winners will not directly influence China policy. Although President Tsai Ing-wen has recast the election being more than just a local vote. She says that the world is watching how Taiwan defends its democracy in the midst of military tensions with China, which claims the island as its own territory. “Taiwan is facing strong external pressure. The expansion of Chinese authoritarianism is challenging the people of Taiwan every day to adhere to the bottom line of freedom and democracy,” said China-skeptic President Tsai.

The voting is taking place a month after the 20th congress of China’s Communist Party, where President Xi Jinping won an unprecedented third term in office. Tsai has stated the point several times on the campaign trail.

China has conducted war games close to Taiwan to indicate its displeasure with Nancy Pelosi’s visit to Taipei in August. Since then, China has continued its military activities on smaller scales.

Taiwan has two major political parties, and each of them has a different perspective on China.

The Democratic People’s Party (DPP), led by Tsai Ing-wen, won the 2020 presidential election with a resounding victory. Tsai has adopted a tough attitude against China. She stated that Beijing must respect Taiwan and Taipei would not submit to pressure. Despite Beijing’s defeat in the 2018 local elections, she was re-elected in 2020 on the pledge of standing up to Beijing. Due to term constraints, Tsai cannot run for president again when her second term in office expires in 2024.

The Kuomintang (KMT), led by Eric Chu is the main opposition party of DPP in Taiwan. This is a party of conservative business champions, who are traditionally viewed as pro-China “doves.” The KMT dominated the 2018 local elections and accused Tsai and the DPP of being excessively hostile with China. They adamantly deny being pro-China but have pushed for economic cooperation with China and given the impression that they support unification.

Both DPP and KMT have concentrated on races of Taiwan’s six cities: Taipei, New Taipei and, Taoyuan in the north, Taichung in the center, and Tainan and Kaohsiung in the south. Both parties have specially focused on the wealthy and populated northern part of Taiwan, especially the capital, Taipei, whose mayor from the small Taiwan People’s Party can’t run again after two terms.
There were few mentions of China’s military activities, rather campaigns firmly focused on the local. Air pollution in the central city of Taichung, traffic jams in Taipei’s tech hub Nangang, and the island’s COVID-19 vaccine purchasing strategies, which left the island short of vaccines during an outbreak last year, etc. were discussed.

Candidates were chosen by Tsai and Eric Chu, chair of DPP and KMT respectively. The outcome will have an impact on their standing and the viability of the party for the next two years. You Ying-lung, chair at the Taiwanese Public Opinion Foundation said, “If the DPP loses many county seats, then their ability to rule will face a very strong challenge.”

The results of Taiwan’s election will be a significant indicator of public support for both parties, but they may not be interpreted as a prediction of the 2024 presidential and parliamentary elections. However, the election results will demonstrate how the Taiwanese feel about the performances of ruling party in the last two years.

PM announces the completion of the south tube of Bangabandhu Tunnel