PM announces the completion of the south tube of Bangabandhu Tunnel 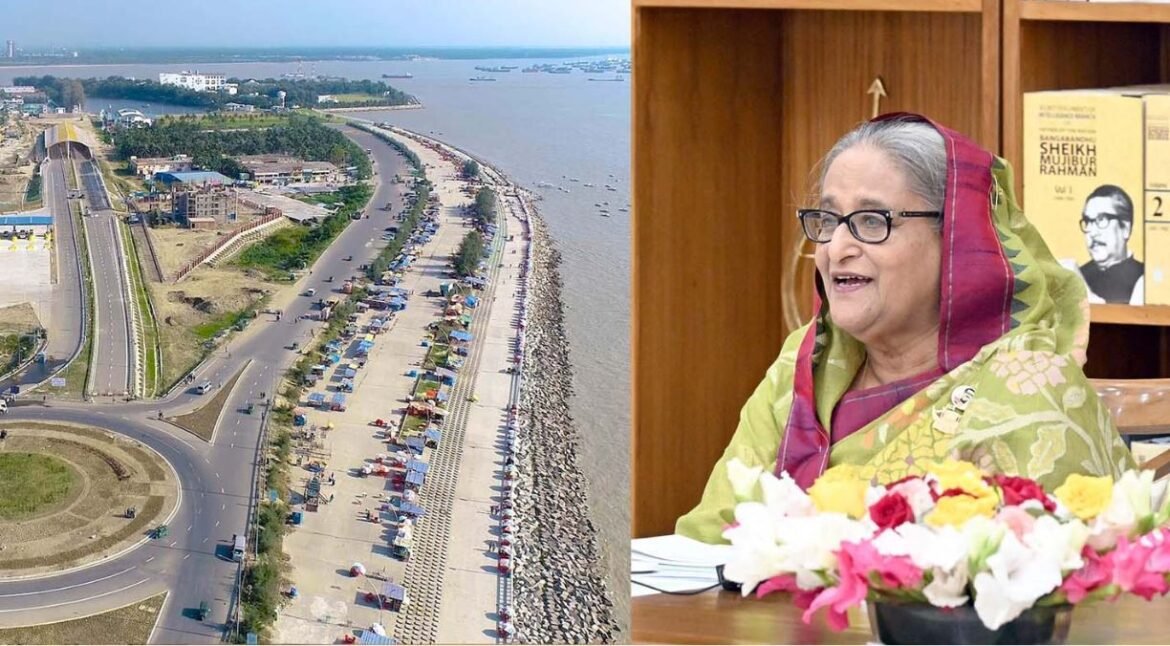 Prime Minister Sheikh Hasina announced the completion of the south tube of ‘Bangabandhu Sheikh Mujibur Rahman Tunnel’, a highway tunnel through the Karnaphuli River in Chittagong.

HPM Hasina made the statement on Saturday morning from Ganabhaban while virtually participating in the ceremony. The southern end of the Karnaphuli Tunnel is finished, while 99% of the work on the northern end is completed. Prime Minister’s Principal Secretary, Dr. Ahmad Kaikaus stated that 94% of the tunnel work is completed and will be open to the public in January.

A transformation in road connectivity

The first of its kind in South Asia, the tunnel is predicted to increase GDP by 0.166%. It will have positive effects on the country’s labor market, tourist industry, and manufacturing sector. The Karnaphuli Tunnel is anticipated to significantly improve Chattogram’s traffic issue. The Karnaphuli river splits Chattogram into two parts. The tunnel will connect the port city in the north with the Anwara upazila in the south, following the “One City, Two Towns” model of Shanghai, China.

Project officials state that two 5.35km approach roads are being built on the tunnel’s eastern and western sides. The tunnel is 3.32 kilometers long and is being built between 18 and 31 meters beneath the Karnaphuli river. Currently, firefighting, lighting, and control management are being installed under the tunnel. 52 irrigation pumps are also being built to prevent monsoon and natural disaster water from blocking the tunnel in future.

The Karnaphuli Tunnel is expected to transform the road connectivity environment connecting Dhaka, Chattogram, and Cox’s Bazar. The establishment of new industries on both sides of the approach road to the tunnel in the upazila has already begun to influence the fortunes of Chattogram’s Anwara. The tunnel is predicted to reduce the distance between Anwara and Patenga’s travel time to just two and a half minutes. Crossing the Karnaphuli River on the Shah Amanat Bridge usually takes over one to two hours. The tunnel will shorten the distance between Chattogram and Cox’s Bazar by 40 kilometers.

The collaboration of Bangladesh and China

The cost to construct the Karnaphuli Tunnel is Tk 10,374 crore. Bangladesh and China’s governments are working together to fund the tunnel project (G2G). The Exim Bank of China is providing a loan of Tk 5,913 crore, with the remainder being provided by the Bangladeshi government.

The project is being implemented by Bangladesh Bridges Authority (BBA). China is providing technical and financial assistance to the project.

HPM Sheikh Hasina inaugurated the construction of the tunnel on February 24, 2019. In November 2015, the Executive Committee of the National Economic Council (ECNEC) approved the multi-lane road tunnel project at a cost of Tk 8,446.64 crore and a completion date of December 2021. Later on, the completion date and construction budget was adjusted.

Md Monjur Hossain, secretary of the Bridges Division, stated that the first under-river tunnel in South Asia is a source of pride and dignity for Bangladesh since it once again demonstrates the nation’s capacity to construct a mega structure.