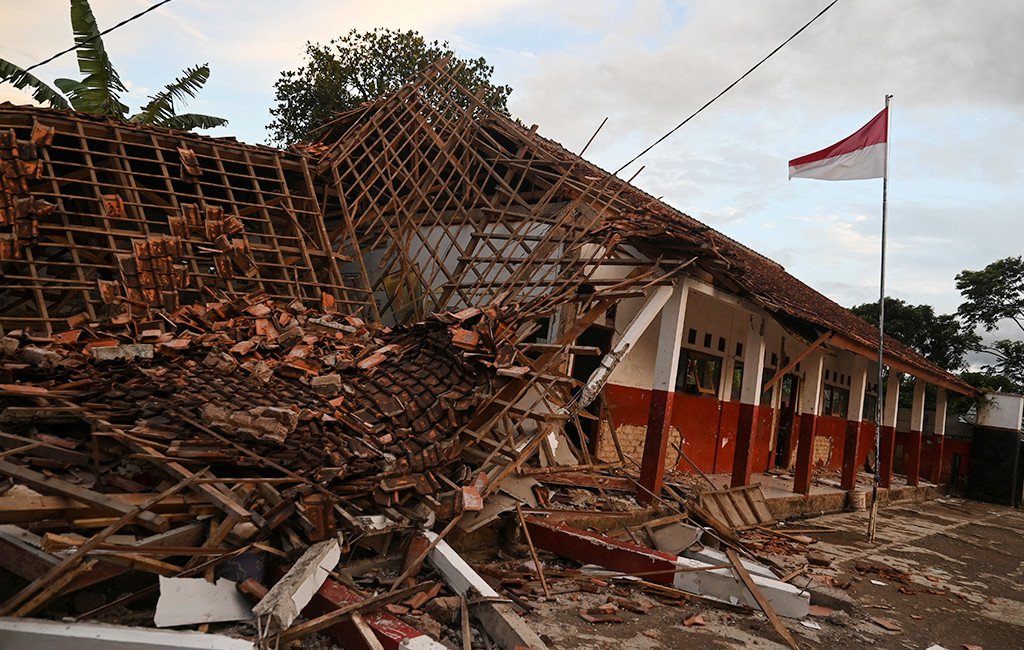 Indonesia’s Java Island was hit by a strong and shallow depth earthquake that killed at least 162 people and injured hundreds more. According to the US Geological Survey, the magnitude 5.6 earthquake on Monday was centered at a depth of 10 kilometers (6.2 miles) in the Cianjur district of West Java province.

The tremor was also felt in the Indonesian capital Jakarta about 100km away. The tremor started around 13:21 local time in pick office hours.

The earthquake hit Java Island, which is one of the most densely populated areas. Hundreds of people were hurt, and many more had to run out into the streets, some covered in blood. Governor of West Java Ridwan Kamil estimates that 13,000 people have been displaced and 162 have died.

The National Disaster Mitigation Agency reported there were about 700 injuries. According to the National Agency for Disaster Control (BNPB) of Indonesia, nearly 2,200 homes have been destroyed. Numerous structures, including a hospital, a governmental building, and a boarding school for Muslims, were destroyed.

Rescuers struggled through the night to save others trapped under collapsed buildings. The number of people injured and killed by the earthquake in the remote area is now being tallied by officials. As the search and rescue operation continues, it is challenging to obtain a precise count of the number of deaths.

Dwikorita Karnawati, head of the weather and geophysics agency BMKG, urged people to stay outside in case there were more aftershocks. According to BMKG, there were 25 aftershocks felt in the two hours following the earthquake, and landslides were a possibility, particularly in the event of heavy rain.

According to Cianjur government official Herman Suherman, the Sayang hospital in his town lost electricity following the earthquake. As a result, the situation prevented doctors from performing medical procedures on the injured. The town of Cianjur is located 75 kilometers (35 miles) southeast of Jakarta. He informed the media that most of the injuries were broken bones because people were trapped in buildings by falling objects.

Several of the injured were given treatment outside in a hospital parking lot. Earlier, he was cited by the AFP news agency as stating, “The ambulances keep on coming from the villages to the hospital. There are many families in villages that have not been evacuated.”

Indonesia: the ring of fire

Indonesia, situated in the Pacific “ring of fire” zone of tectonic activity, is prone to earthquakes. Due to its geographic location, the nation of more than 270 million people is frequently affected by tsunamis, volcanic eruptions, and earthquakes.

Even though the massive archipelago country is frequently shaken by earthquakes, Jakarta rarely experiences them. The nation has seen deadly earthquakes and tsunamis in the past. In February, a magnitude 6.2 earthquake in West Sumatra province killed at least 25 people and injured more than 460. In January 2021, a magnitude 6.2 earthquake in West Sulawesi province killed more than 100 people and injured almost 6,500. In a 2018 Sulawesi earthquake, about 2,000 people died. Furthermore, in 2004, a strong earthquake and tsunami in the Indian Ocean killed nearly 230,000 people in 12 countries, most of them in Indonesia.