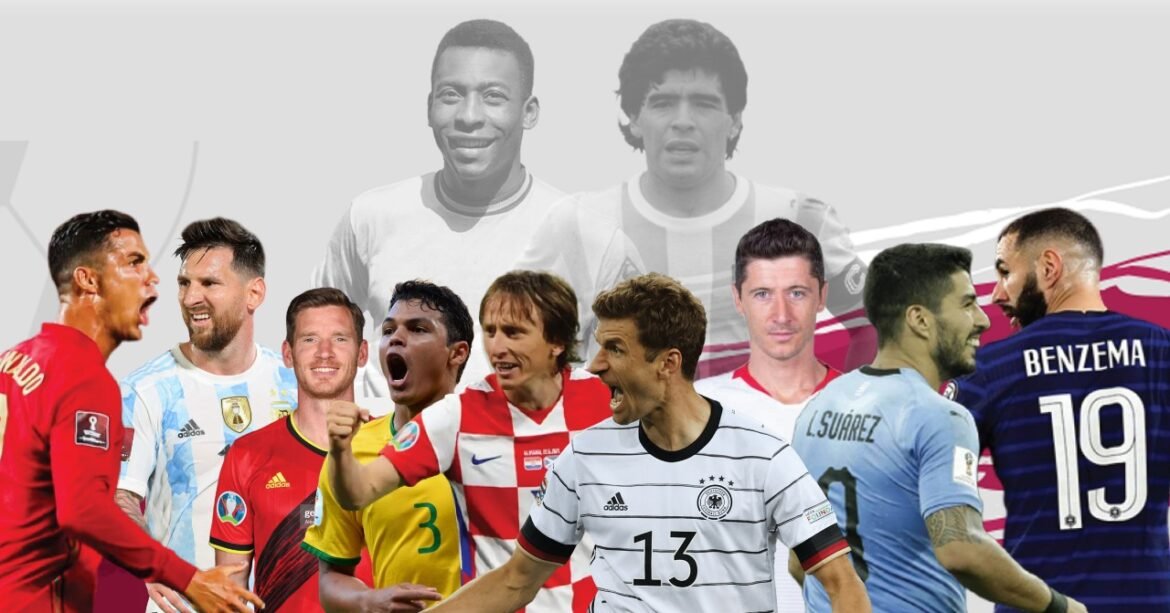 Many footballers in the world have spread their talents, crossed the boundaries of their abilities, ignited the light of success, shone with their skills, won the hearts of fans-spectators-supporters-critics-analysts, and found a place in a corner of everyone’s heart. But, the harsh reality is, reaching the final stage of career, they have to leave the playground even if they don’t want to. With the FIFA World Cup only a few days away, it’s undoubtedly the most exciting affair in football and great footballers’ dream to represent their country in this mega tournament. Perhaps this is the last time we will see some of the modern-day greats on football’s biggest stage, as this will most likely be the last World Cup for them.

You Can Also Read: FIFA World Cup in Qatar: Will it be the best or worst?

There were once great footballers like Pele and Maradona, who mesmerised the whole world with their magic. After them, there have been very few players who rose to the highest level of popularity like them. In this case, Lionel Messi and Cristiano Ronaldo are exceptions. Over the past decade, they have played superhuman football, achieved numerous records, and gained extraordinary popularity. According to many passionate fans, they have even surpassed the former greats Pele and Maradona.

This year’s World Cup is undoubtedly something special, because this is the last time these two greats will be seen competing on the world stage. Other great footballers like Luis Suarez, Thiago Silva, Thomas Muller, Luka Modric, Karim Benzema, Eden Hazard, Sergio Busquets and Robert Lewandowski will also be playing in the greatest show on earth for the one last time!