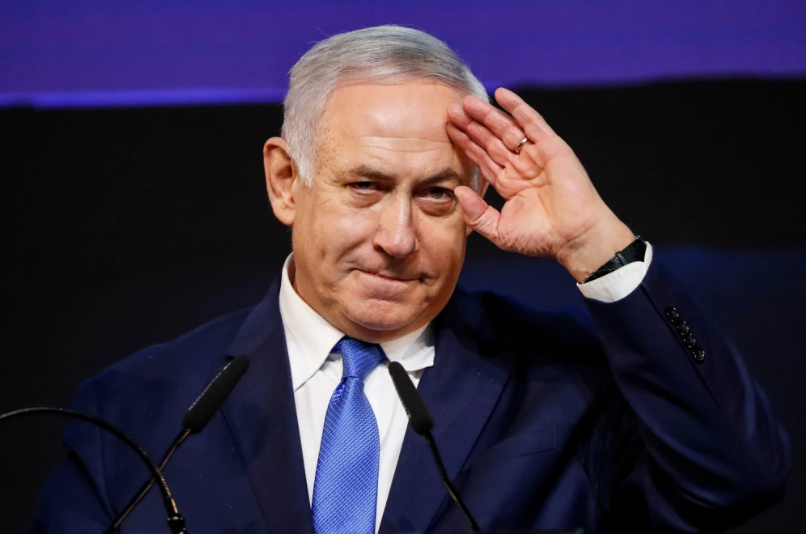 The right-wing alliance led by former Prime Minister Benjamin Netanyahu made an astonishing comeback to power. His Likud Party gained a clear majority in Israel’s fifth election in less than 4 years, giving him a chance to lead one of the most conservative governments in Israeli history.

Israelis participated in national elections for the fifth time since 2019 with the hopes of ending the political impasse that has plagued the nation for the previous three and a half years. Voting was open from 7 a.m. to 10 p.m. Israeli local time.  The current prime minister’s party, Yair Lapid, also did well, but many of the seats in his coalition were lost by his right-wing parties. The results were a big comeback for Mr. Netanyahu, who had been in power for 12 years straight before he was overthrown last year.

According to the final election results, which were released on Thursday, Netanyahu and his ultranationalist partners gained 64 seats in the 120-seat parliament, with 32 of those seats going to Netanyahu’s Likud party,18 seats going to ultra-Orthodox groups and 14 seats going to the Religious Zionism party.  Yesh Atid, led by outgoing Prime Minister Yair Lapid, is the second-largest party to get 24 seats in the election.  The Likud leaders will now try to use that impressive performance to get its members senior government jobs, particularly security-related positions.

Israel’s longest-serving prime minister will return to power as head of what is widely expected to be the most conservative government in the country’s 74-year history. As a result, Israeli President Isaac Herzog will likely extend an invitation to Netanyahu, who is facing a corruption trial, to form a cabinet. This procedure is anticipated to start this week. Netanyahu will have 28 days to construct what is anticipated to be the most right-wing Israeli government in history.

Netanyahu had informed supporters that they were “on the brink of a very big victory” on Wednesday after around 85% of the ballots had been tallied. He also pledged to build a “stable, national government.”

According to his office, Lapid thanked Netanyahu and gave his team the order to plan a smooth transfer of power. Lapid declared that “The State of Israel comes before any political consideration.” “I wish Netanyahu success, for the sake of the people of Israel and the State of Israel,” he added.

The 73-year-old Mr. Netanyahu is one of Israel’s most divisive politicians, reviled by some on the political center and left but beloved by the party’s core supporters. He is a firm supporter of Israel’s plan to build settlements in the West Bank, which Israel has controlled since the 1967 Middle East war. International law considers those settlements to be unlawful.

He is against making a Palestinian state in the West Bank and Gaza Strip to end the conflict between Israel and the Palestinians. Additionally, Mr. Netanyahu is currently facing charges of bribery, fraud, and breach of trust, all of which he strongly rejects. Mr. Netanyahu’s coalition includes a far-right alliance that aspires to overthrow Israel’s court system and legalize a sort of corruption for which Mr. Netanyahu is charged. Two ultra-Orthodox parties that are opposed to Israel’s public life becoming more secular are also a part of the alliance. In order to stop his trial, his potential coalition partners in a Likud-led administration have pledged to modify the law.

In addition, Mr. Netanyahu’s win has ended one of Israel’s most unusual coalition governments ever: Prime Minister Yair Lapid’s eight-party coalition, which included the first independent Arab party to join an Israeli governing coalition and brought together political rivals from the right, left, and center.

With the election, Israel has broken a four-year political impasse in which no candidate could secure a solid legislative majority, leaving the nation without a national budget for extended periods of time and forcing Israelis to the polls on numerous occasions. For the first time since 2019, a parliamentary majority composed of a single, ideologically compatible bloc would be in charge of the nation. This would lessen the possibility of coalition infighting and a subsequent early election.

An alliance backed by far-right

The political instability in Israel is over, for now, thanks to Netanyahu’s win and his large majority. However, it leaves Israelis divided over their government’s direction and the principles that constitute their nation: democratic or Jewish.

Netanyahu will be given 42 days to form a cabinet once President Isaac Herzog receives the final vote total from the electoral commission this week. The Religious Zionism party is anticipated to be Likud’s most likely senior partner. The far-right party, whose representation in parliament has more than doubled since the last election, is determined to take control of Israel’s security affairs.

The far-right Religious Zionism party, whose leading candidate, Itamar Ben-Gvir, is a follower of a sexist, anti-Arab rabbi, is anticipated to be Netanyahu’s key coalition partner.

Ben-Gvir has stated that he wishes to remove Palestinian sovereignty in portions of the West Bank, and he previously displayed a photograph of Baruch Goldstein, an American-Israeli who murdered 29 Palestinians in a 1994 shooting attack in the West Bank. Ben-Gvir claims he wants to be given control of the national police force and wants to deport Arab lawmakers. “The time has come to impose order here. The time has come for there to be a landlord,” Ben-Gvir tweeted recently in a commentary on the newest reported stabbing attack aiming an Israeli.

Along with other nationalist partners, religious Zionism wants to limit the independence of the judiciary and put more power in the hands of lawmakers. They have vowed to pass changes to Israeli law that may solve Netanyahu’s legal problems. Bezalel Smotrich, the leader of the party and a settler in the West Bank who has made anti-Arab comments, wants to take over the Defense Ministry which oversees the military and Israel’s military occupation of the West Bank.

Who is Benjamin Netanyahu?

Netanyahu was born in Tel Aviv and raised in Jerusalem. He entered the Israeli defense force in 1967 after finishing high school. He underwent military training and spent five years in the special forces division. He then went on to the Massachusetts Institute of Technology (MIT) in the US to study architecture. He returned to Israel after earning his Master’s degree and served as the director of the Jonathan Netanyahu Anti-Terror Institute, a non-governmental organization dedicated to the research of terrorism. For the following two years in 1982, he served as Rim Industries’ director of marketing in Jerusalem. Netanyahu held the position of the Israeli ambassador to the UN from 1984 until 1988.

The Israeli Likud party welcomed Netanyahu as a member prior to the 1988 legislative elections. He was chosen to serve as the foreign minister’s deputy after being elected to the Knesset. Netanyahu rose to prominence as Israel’s chief spokesperson during the Gulf War, and at the Madrid Conference, he was a member of the Israeli delegation led by Prime Minister Yitzhak Shamir. After the conference, he was named as Deputy Minister in the Israeli Prime Minister’s Office.

Netanyahu was declared the winner in a leadership election held by the Likud party in 1993. He ran for prime minister in the Israeli legislative election of 1996 and won, becoming the youngest leader in the nation’s history. After that, Netanyahu went on to hold four additional elected positions; his most recent term ended in 2020.

Following a string of Hamas bombings, Netanyahu raised concerns about the Oslo Accords during his first tenure as prime minister. He was against making concessions to the Palestinians because that would only encourage extremists without getting anything in return. The PM also started moving toward a free-market system of government. The Likud-led government started selling its stock in banks and significant state-owned corporations under his leadership. Additionally, he loosened the country’s tight foreign exchange restrictions, allowing Israelis to freely invest abroad and withdraw unlimited cash from the country.

Back in the Opposition

Netanyahu momentarily left politics after losing the contest to become prime minister in 1999. Netanyahu was named foreign minister by Israeli Prime Minister Ariel Sharon in 2002. He implemented an economic plan as finance minister to revive the economy from the Second Intifada’s low point, blaming a bloated public sector and onerous rules for the slow expansion of the economy.

During his second term, he supported a “Demilitarized Palestinian State.” This was in response to a speech by US President Barack Obama that said Israeli settlements in the Palestinian state were not legal. According to PM Netanyahu, he would support such a state if Jerusalem remained Israel’s capital, the Palestinians renounced their demand for the right of return, and they had no army. The cabinet proposed a “two-state solution” and the creation of a functioning national unity government.

He called for early elections in 2013 and once again was elected by the people. He maintained his economic liberalization strategy during this time and implemented the Business Concentration Law, which aimed to introduce competition into Israel’s highly consolidated industry.

Netanyahu was sworn in for a fifth term as prime minister in 2020 after completing his fourth term, which began in 2015. In 2015, Netanyahu’s administration passed a two-year budget that included reductions in import taxes and improvements to agriculture.

In 2020, the coronavirus outbreak and Netanyahu’s criminal trial served as the catalyst for widespread protests across the nation.

In May 2021, as tensions rose and Hamas launched missiles from Gaza to Israel, Netanyahu launched Operation Guardian of the Walls. Naftali Bennett, the leader of the Yamina party, and Yair Lapid, the leader of the opposition, declared after the operation that they had created a coalition rotation government that would remove Netanyahu on June 13, 2021.